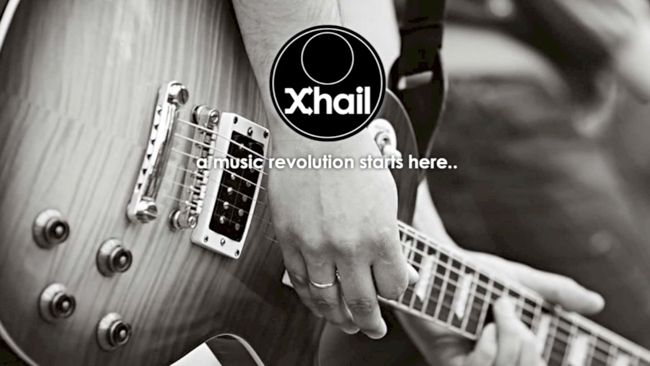 With the onset of accessible, capable, and affordable photo/video recoding and editing tools, personal projects were bound to rise. From home movies, wedding videos, photo slideshows to film festival worthy pieces, creatives have been putting out a torrent of produce, and it’s just increasing at seemingly exponential rates. A challenge that faces many in this group is finding music to suit and enhance the project, and thus the final experience.

Music really does have that ability to transform a visual piece. Anyone whose ever wandered around a city with headphones on knows this; Walking through the crowded streets of New York or London and passing a little market may generally fail to register, much less make an impression, but send the right soundtrack through the cabling in your headphones as you do it and the whole scene can feel like something out of a Scorcese movie – or Nora Ephron – pick your tune and pick your poison.

Copyright and licensing often poses a problem for the creative types, however, especially those who don’t have a Scorcese bank roll. Of recent few platforms have popped up specifically to be a solution to this very issue, like The Music Bed, or Marmoset. Both of these are brilliant routes to take when looking for music tracks to match your work, but now there’s a new player in the game and it seems revolutionary. It may be late, but when you’re late to the party, you can make more of an entrance. It’s called Xhail. 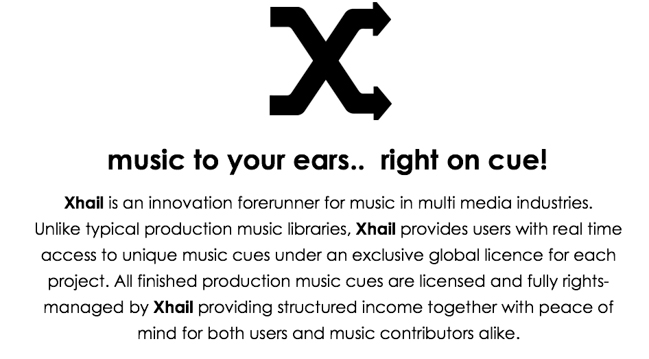 Xhail differs tremendously from the other offerings on tap in two primary ways: it produces original scores compiled from real recordings of session artists, and allows you to alter those scores, down to the instrument and tempo of each, in real time, and with ease.

As a user experience, the software appears to be simple enough to encourage even the daftest technical hobnob to use it, and developed enough to allow the more advanced to tailor their score down to the note. As stated above, Xhail uses its database of real performances from real live session musicians and combines them, so the sounds don’t sound mechanical or flat, or without personality. This realness, if you will, lends to the originality of each score, and each score is, in fact, original music that has never been created or heard before, and will not be again, save for what you keep. 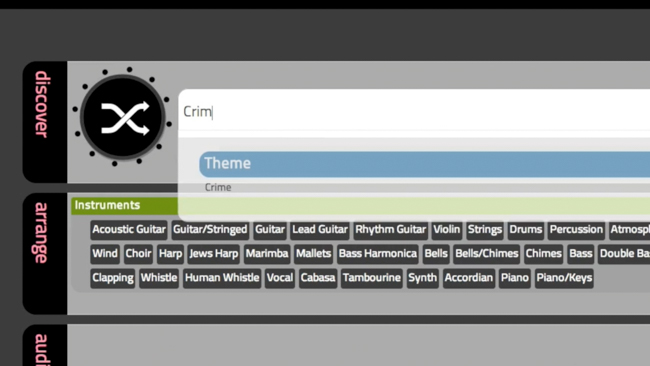 How is it used? Within the software you would type a genre, a descriptor of some sort, and a score will be generated on the spot. This is just like a primer, because from there, you get to tap into the real genius of the system, which lets you go in and alter the track as you see fit; Remove certain instruments, increase the frequency of one, or slow down the tempo.

You can add percussion or other instruments at specific points to add poignancy to a specific scene or photo. Say your wedding photo video is transitioning from the slower ceremony images into the reception and subsequent party, you can flare the music to fit with an increase in tempo, or a walking bass line, or add the crash of cymbal at just the right moment to enhance a dramatic moment. See the video below for a visual taste of what I’ve described. 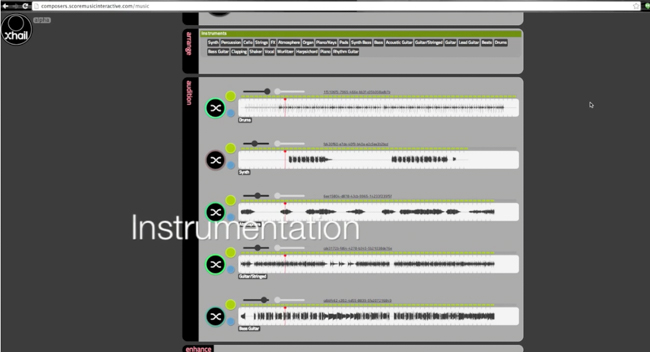 As photographers, we know now that the integration of video is no longer an option, but a necessity, and as nodded to above, even in simple slideshows, a score is going to change the mood and feel entirely. This software seems like such a promising option for us.

Are there concerns? Sure. Firstly, dating back to midi files, computer generated music tends to sound like rubbish. Music is a human endeavor and without the human touch, it never sounds quite right. As someone who’s fond of sitting at a piano, I can tell you that even the most elite electric pianos are missing something, even if it is just a minor flaw. Sure the timings may be perfect, the sound close enough, but it never seems natural. The fact that the scores are produced from real recordings makes this all the more attractive.

Then, of course, there’s the issue of similarity. With the same recordings, how possible is it that one project with the same theme base will sound quite different from another? For most creatives using this for small projects, this will hardly be a problem, but still, how does this get combated? One would figure that when the pricing structure is sorted out, it will allow Xhail to generate enough revenue to hire more and more musicians to keep producing base sounds, which will hopefully keep the program and its produce, fresh. This is, to me, the most intriguing and interesting option out there. For more details, check it out here.