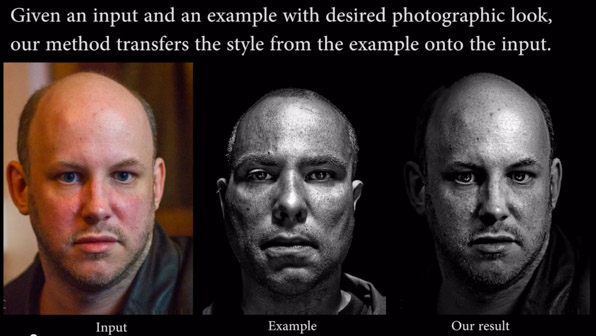 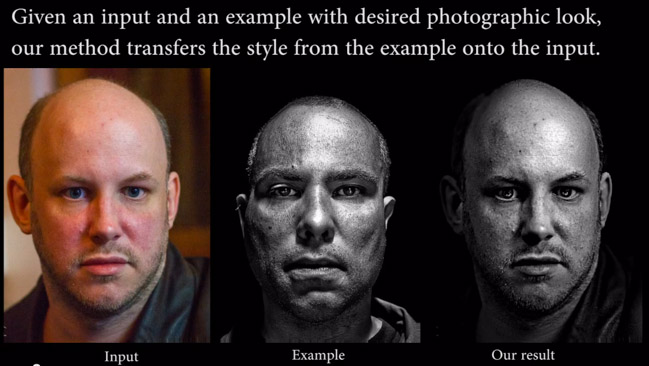 “The time of hardware is over,” so said Wacom CEO Masahiko Yamada during a CES interview. The thought and sentiment didn’t originate with him as many tech industry leaders have, either through direct words or their actions, suggested the same. They’re onto something, and I think most of us would agree.

In our field, it’s safe to say lighting is the name of the game. When people often ask me for my main photography tips, I’m of the school that believes seeking out good and interesting light is clutch. Much of what a photographer does is manipulating the facets of light to infuse a scene with emotion and stylization. How any particular photog does this is often referred to as their ‘style,’ and the styles of some of the greats in our field are all at once wonderful, and difficult for many to replicate. A team of researchers from MIT along with Adobe and Universtiy of Virginia have created an algorithm which may allow anyone to apply these ‘styles’ to their own photos – even the most basic ones. 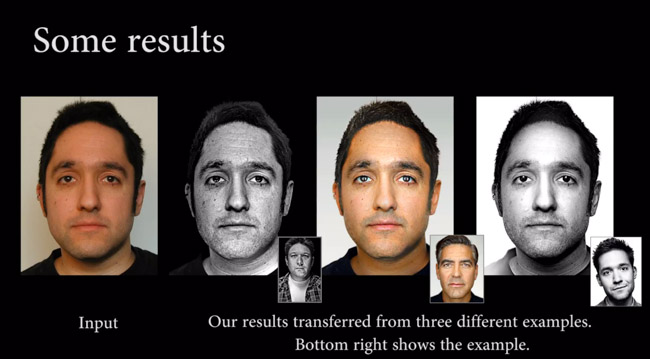 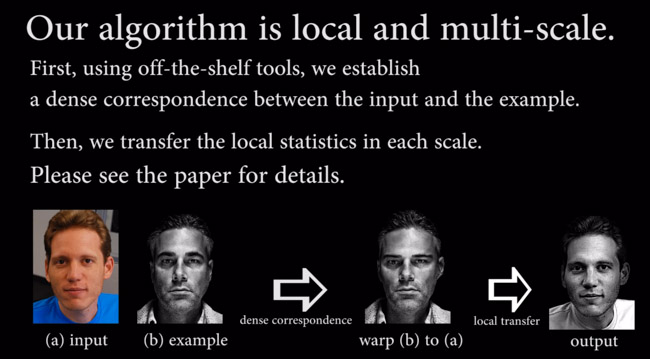 ‘Style Transfer’ as it’s currently referred to does quite adequately what the name denotes. MIT Grad Student YiChangd Shih mentions that the program currently uses the works of some top shooters such as Martin Schoeller, Richard Avedon, and Diane Arbus, and applies their style of shooting to your everyday shots. It’s far more advanced than basic filters you’d find on Instagram and the like, as once the image is put through the process, the software analyzes eyes, skin, lighting,etc to come up with an end result that looks, well, rather surprising. Where does it go from here? Well, to an app, of course. Adobe’s Robert Bailey is quoted saying the group is, “looking at creating a consumer application utilizing the technology.” Quelle surprise.

[REWIND: Get Great Skin With This Highly Unknown Photoshop Tool]

Currently the software can only be used on headshots, though it has some application for video as well. I think the looks are actually rather impressive, though those of a more negative persuasion are sure to come out of the woodwork to spout some prototypical ‘I know best’ critique of how it’s basic manipulation of curves and red tones, etc. Whatever, I’d still like to see where this goes.

How to Scout Photography locations