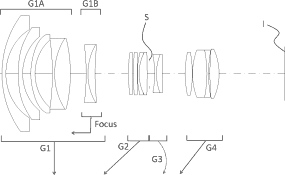 The 16-50mm is an interesting lens, which seems to be meant to compete with the Canon 17-55mm, but with one glaring omission, no image stabilization. Still, I am sure that some would gladly take the performance of a new Sigma Art lens over a couple of stops of image stabilization.

The 12-24mm seems to be aimed at going up against some strong competition from Tokina in that segment of the market. The difference here being that the Tokinas are very well thought of, and any attempt by Sigma in this space would have to be stellar to draw people away from the Tokina offerings.

What are your thoughts on these two lens patents? Obviously, a patent doesn’t mean a lens is for sure in development, but it does make for some good discussion, so leave a comment below and let’s discuss!

Canon & Fujifilm to Team Up In Mirrorless Market?

How You Shot It: The Bride, the Groom and the Cars by Marius Igas