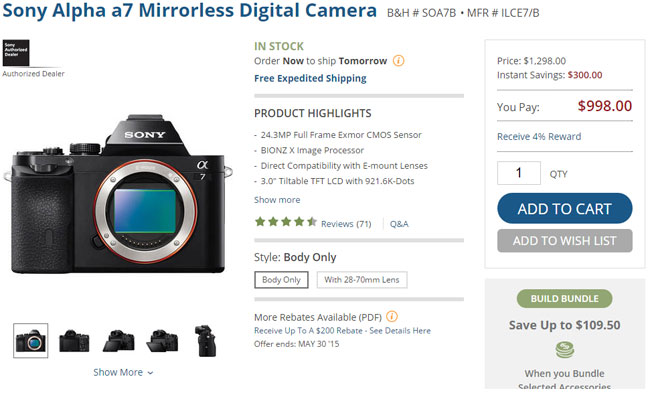 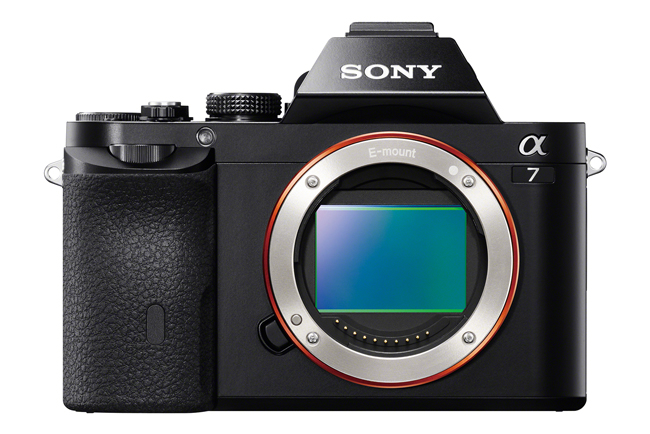 Many of you probably thought you would never see the day. Well, it’s now here, and you can get your hands on a brand new Sony A7 for just $998 over on B&H.

Sony also has you covered if you are looking for the latest and greatest. An additional $200 rebate on the current A7 II, bringing its price down to just under $1500. The A7 II, with its in-body image stabilization, takes the mirrorless game to a new level. Now you can get your hands on a brand new A7 II over on B&H for just $1,498.

I currently use an EOS-M as my second body (only when I need to take a picture of a lens on my A7 II), but this deal on the A7 has me thinking about getting one as my second body. It would be an upgrade in every way except for size.

What about you? Does a full frame mirrorless camera for under $1000 intrigue you in the slightest? Leave a comment below and let us know!