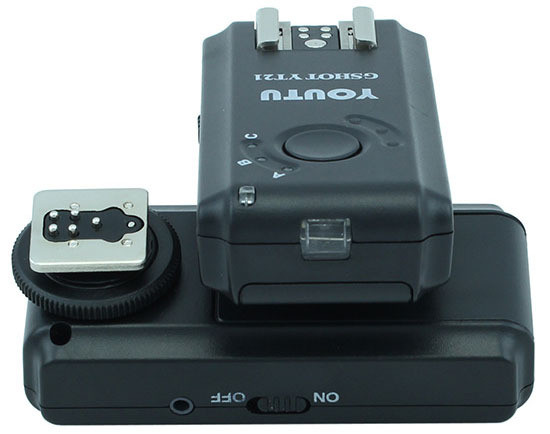 New Chinese tech firm Youtu has announced their new GShot Yt21 speedlight trigger, and on the outside it may seem like any cheap chinese radio trigger. But the neat thing about these triggers is that they can also double as a IR camera remote for Canon and Nikon cameras. 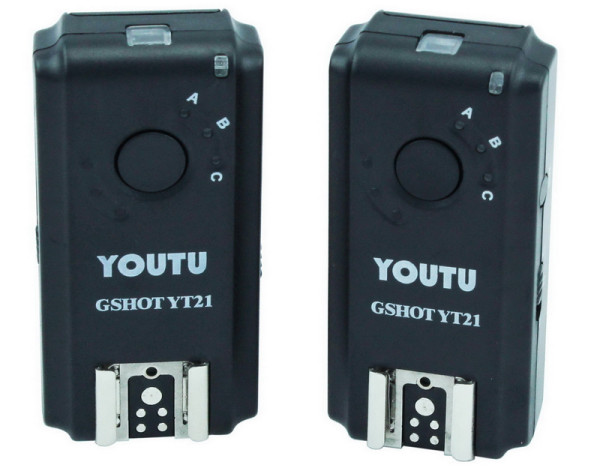 The new triggers also come with standard features including grouping, flash wake-up, 2.4GHz signaling, and a fairly impressive 200 meter range. The Yt21’s are also transceivers, so all units can send/receive commands. The triggers can be broken up into 3 groups, A B or C, and they run on AAA batteries.

What may be a pro to some and a con to others, these units are also some of the cheapest available on the market. You can buy a set, containing two transceivers for a mere $25 on ebay.

I think its pretty neat that the units can also act as an IR remote to trigger the camera. That being said I am a little worried about the price, it sure does not inspire much confidence. Then again I have a pair of triggers that I bought for only $20 a pair and I have never has a single issue with them other than that they used an odd battery.

That said, at $25 for a pair its hard not to pick up a set to give them a try. I mean really, if they work and feel solid then you know you can get more and if they are crap then you have only wasted $25 bucks.

What are your thoughts? Do these look like good options to you? Let us know in a comment below.

The "Art" of Planning | Sketching Before Clicking