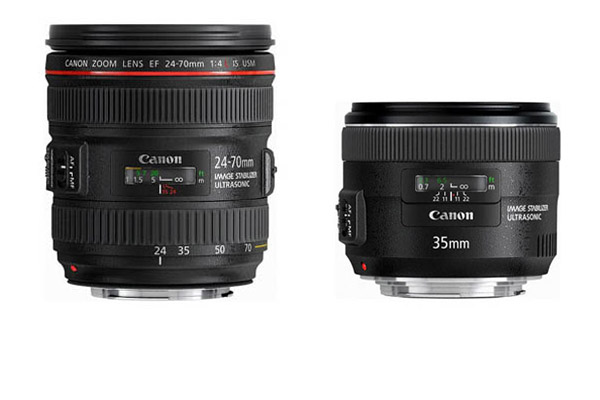 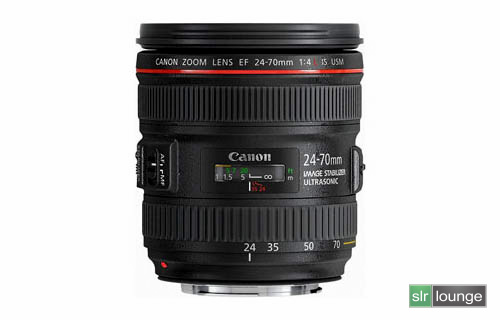 Matthew Saville’s Comments:
Whoops, so much for a 24-70 f/2.8 L IS, eh Canon?!  It would have weighed a ton and cost a fortune, anyways.  (Pipe down, you Tamron 24-70 VC owners, don’t tell Canon users this isn’t exactly true!  :-P)  Okay, seriously folks, how do you think this lens is going to compete against Tamron’s 24-70 f/2.8 with stabilization?  The Canon 24-70 f/4 L IS will cost roughly the same.  I’m going to take the un-confrontational cop-out road, and just say that both lenses will sell very well.

The question is, does this lens replace the 24-105 f/4 L IS?  This new lens is going to have to be pretty dang impressive for people to just give up those extra 35mm of telephoto reach on the 24-105, which is already a decently sharp, light, and affordable lens.  In my opinion there are two possibilities here:  Either Canon has come up with another truly flawless lens design with enough sharpness and image quality to tempt potential 24-105 buyers, and/or Canon has another lens in development with even more reach on the telephoto end, to compete with for example Nikon’s 24-120 f/4 VR.  Either way, we’re in for a real treat!

Another thing to consider is that Canon needs to think ahead with respect to future DSLR sensor resolutions.  The current 24-105 may have delivered acceptable sharpness on older bodies in the 12 megapixel range, but if Canon pushes past ~20 megapixels to 30-40+ megapixels, I bet a whole new standard of lens sharpness will be necessary.  In other words, these new lenses will be more “future-proof” than a lens from 2005.

One thing I am kinda bummed out about, however, is the recent trend in hood design.  Unlike the old 24-70 which had a very effective, un-moving hood that mounted on the main frame of the lens, these newer 24-70’s all have much smaller, far less effective hoods that mount on the movable part of the zoom lens.  Boo, Canon / Tamron! 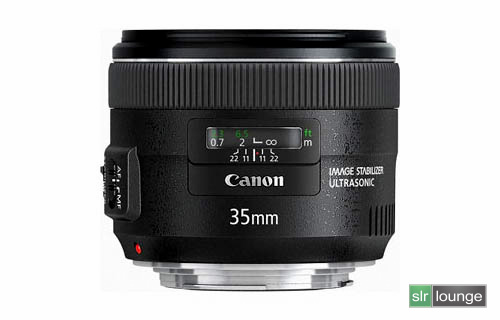 Matthew Saville’s Comments:
Again, I have to wonder-  At such an incredible price for this new lens, will Canon attempt to discontinue the current 35mm f/2 which sells for only $300?  With the new 35mm f/2 IS costing upwards of $800 most likely, I think it would be silly for Canon to also discontinue the un-stabilized older version.   Still, I expect such a lens to sell like hotcakes when compared to the likes of the “Luxury” 35mm f/1.4 L which goes for $1400.  Debate all you want, but f/2 with stabilization is a formidable competitor to un-stabilized f/1.4, depending on what you shoot.  For example while on the one hand a low-light sports photographer might not care at all about stabilization because everything comes down to sheer motion-stopping power for them, …on the other hand videographers are going to be all over such a lens, since stabilization is very important and high shutter speeds are often un-desirable.

On that subject; let me attempt to silence the “stabilization in a fast / wide lens is such a waste!” crowd…  Clearly, you have never tried to hand-hold a camera in nearly pitch-black light?  For me, the bottom line is that you can never have enough stabilization and low-light shooting capability.  If an f/1.4 version of such a lens would add $500+ to the price, compared to “just” f/2 with stabilization, …I’ll take the stabilized f/2 option any day.  Lighter, smaller, and the added help of stabilization for when you need to shoot at or below your “shutter speed rule of thumb”.  Sure, stabilization doesn’t stop motion, but without stabilization you have to shoot rock-steady 100% of the time in low light; with stabilization you have a lot more lattitude for things like shooting from the hip, which I often do as a wedding photojournalist.

There you have it, folks.  Two new lenses for Canon fans.  Many were expecting other lenses, such as a 5omm f/1.4 IS or a 35mm f/1.4 mk2, or any number of long-overdue telephoto updates.  However both of these lenses will probably be well-received by many.  If you’re a high-resolution landscape / architecture photographer looking to take full advantage of the next generation in 20-30-40+ megapixel DSLR sensors, I bet the 24-70 f/4 L IS will be a sharp, light, affordable option.  If you’re a low-light photojournalist or videographer, I bet the 35mm f/2 IS will be a dream since it is the first mid-range lens in Canon’s lineup with both f/2 and four stops of stabilization!  For those of you who hate math, that’s the potential for shooting hand-held at 1/2 second!

How to Create a Web-Sized Export Preset in Lightroom 4