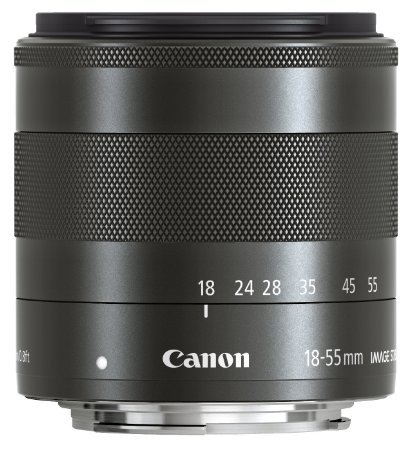 Canon’s EOS-M System may be a joke here in the US, but in other regions the system is not doing so badly. The latest camera model, the EOS-M3, based on other industry reviews is actually a pretty good mirrorless option – if you plan on adapting lenses. If you think Sony’s FE mount has little options in the way of lenses, you have not seen Canon’s EF-M lens lineup.

According to a new report over on Canon Watch, Canon will be updating the EF-M 18-55mm later this year. Unfortunately, this is just a kit lens retread, so no new focal lengths or abilities for EOS-M shooters looking to use EF-M lenses.

The new 18-55mm is said to be smaller, and feature a new refractive design – while maintaining the same focal length, aperture range and IS/STM features. In all, a nice update for new EOS-M shooters, but nothing current owners should really care about.

Canon continues to say they will support the EF-M system with more lenses. While a new 18-55mm would technically make that statement true, lets hope Canon actually has some interesting primes in the works for the small mirrorless mount.

What would you like to see from Canon in regards to EF-M lenses? Should they bring the EOS-M3 to the US market? Leave a comment below and let us know what you think!