SLR Lounge > Photography > Four Of The Most Popular Drones On The Market | Which Is The One For You? 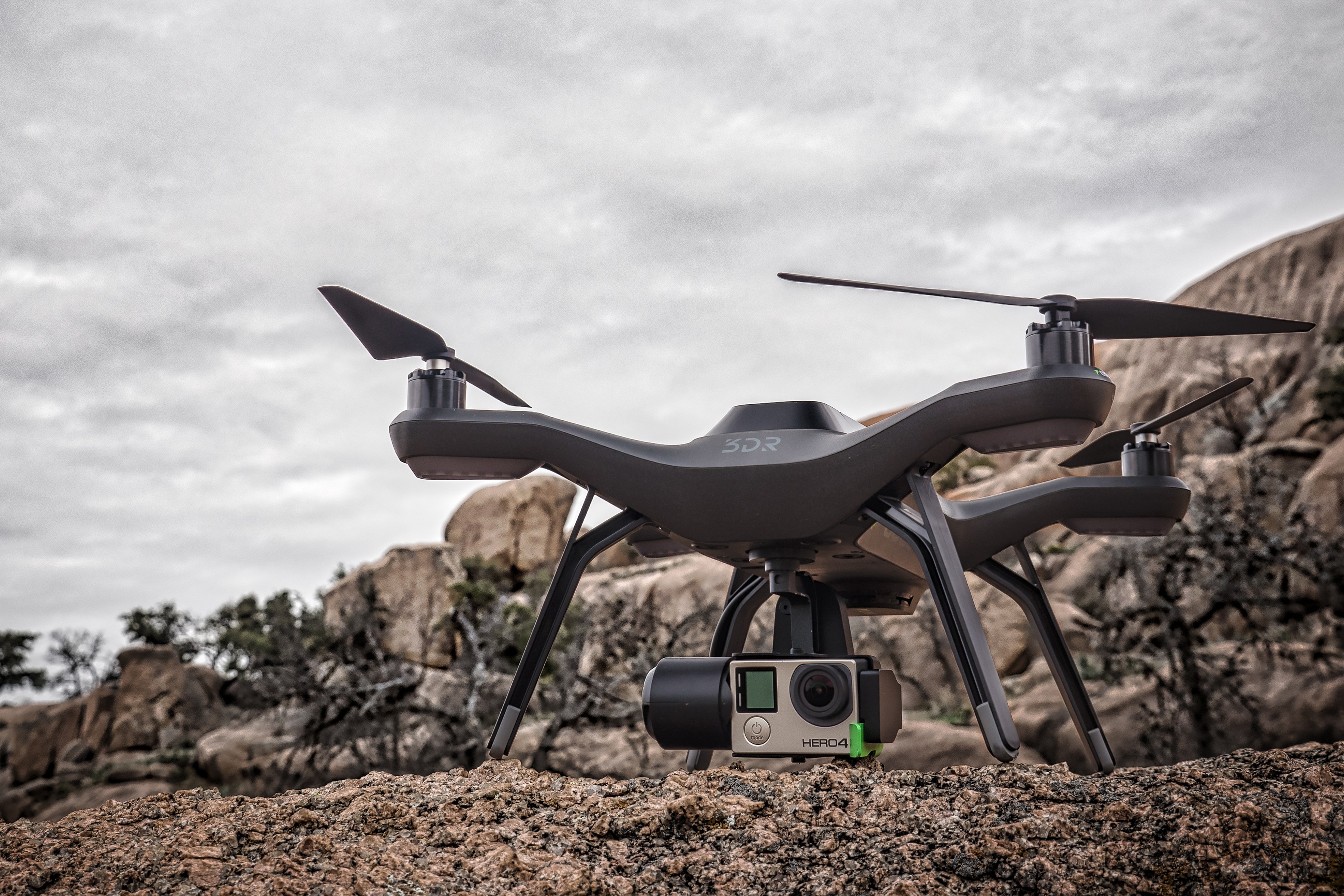 Four Of The Most Popular Drones On The Market | Which Is The One For You? 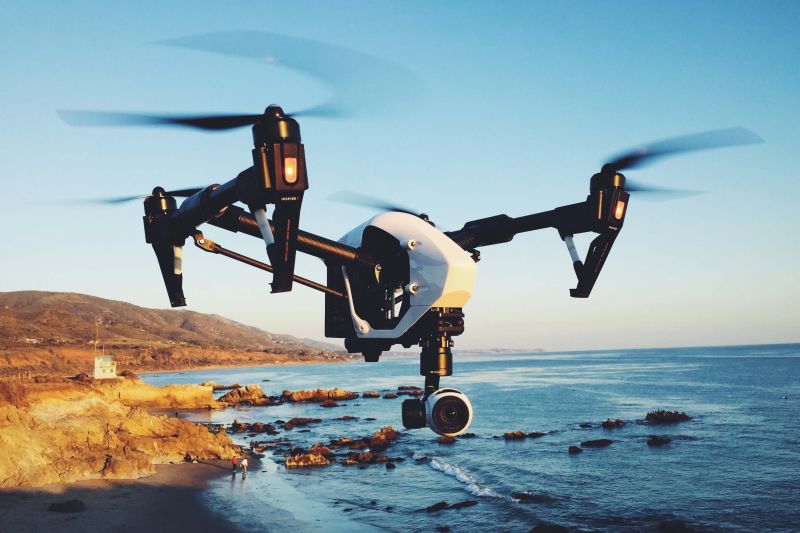 There’s no doubt that drones are the hot ticket item of the year. As the holiday season rolls around, many people will be asking for and receiving some sort of UAV under the Christmas tree. On the trade show floor at PhotoPlus Expo this year, there were more than a couple of booths giving away the latest drones.

Drones have many uses these days. Drones are being used in motion pictures, action sports, and even 3D mapping. But is there a difference between the drones used to film movies and a drone you can buy off the shelf? This article will look at 4 of the top drones on the market right now, its cameras, and features to help you determine which one you should ask Santa for.

[REWIND: THINGS TO CONSIDER IF YOU’RE THINKING OF GETTING A UAV [DRONE]]

DJI has launched two models on the DJI Inspire 1 to help bridge the gap between personal and professional drone filming. There are also drone models like the 3DR Solo that you can use with the newest GoPro or the Phantom 3 which is ready to fly out of the box, but what makes the drones both personal and professional, and which one is right for you? Let’s take a look.

The base models of the Inspire 1 is a cut and dry single remote setup. It is by far one of the most powerful, comprehensive, yet easy to use remotes to date. It has dedicated buttons for video and photo capturing. Like most drones, having all of the buttons on one remote can be confusing at first and will require some getting used to. Obviously, if you do not have someone to frequently fly with you, the single remote setup is going to make the most sense, regardless. 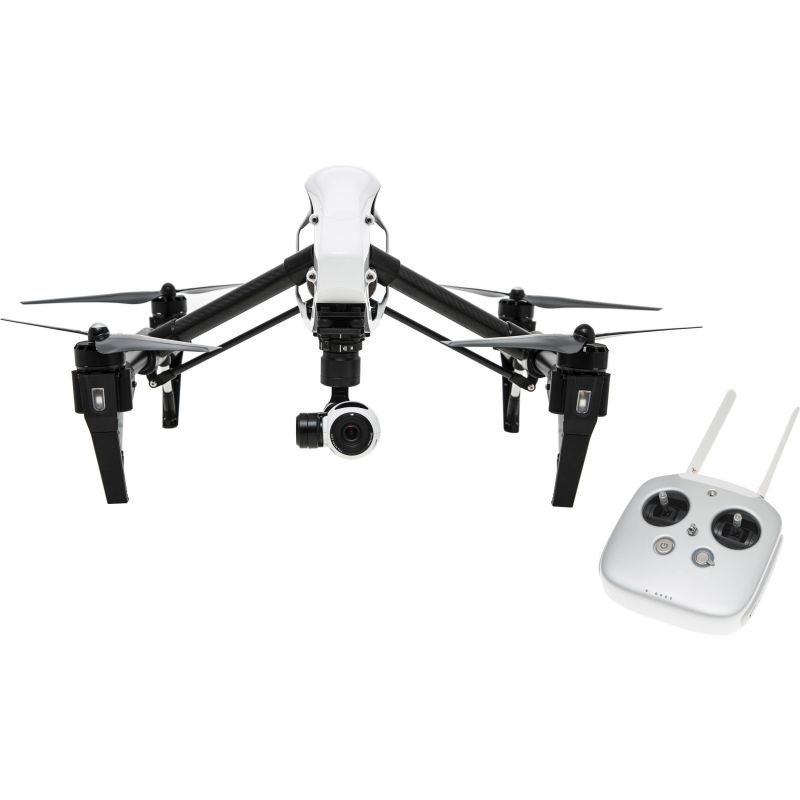 If you are looking to have more control over your drone and need it to respond quickly and accurately, then adding a second pilot the DJI Inspire 1 dual remote setup is exactly what you need. One pilot operates the drone itself while the second controls the camera functions, including rotating the gimbal. The feature of having a second remote is great for the filming professional who is looking to have a lot more control of the filming aspect of their drone, or businesses who are currently using drones for aerial services and want to take their game to the next level.

There are many companies that have used the DJI Inspire 1 dual remote for filming their videos. Companies like Brain Farm Cinema and the Golf Channel have used the dual remote system to capture the perfect shot. Using an aerial shot helps show viewers never before seen angles. For the Golf Channel, viewers are able to get a bird’s eye view of the course, and Brain Farm can capture up close footage of aerial action sports.

DJI also launched a new iOS and Android app to help with the drone and its camera. The app is set up to receive wireless transmissions and live-stream 1080p video to an iOS or Android device. This allows users to shoot video and stills at distances up to about a mile away. The user is able to see what the drone sees instantaneously through the video streaming. Stills and video can be taken through your wireless device with a push of a button.

The camera for the Inspire 1 is an interchangeable 4K camera with a 94-degree field of view. The camera captures video at 4K at 30fps and 1080P at 60FPS and shoots 12-megapixel stills. The camera can rotate a full 360 degrees and tilts 125 degrees. The gimbal that the camera is attached to is three-axis for smooth video in any condition. The lens on the camera is a 20mm focal length lens with no distortion or fisheye. You can also upgrade the camera to a Zenmuse X5 that shoots 4096×2160 (24fps) or 3840×2160 (30/25fps) and does 16MP images. 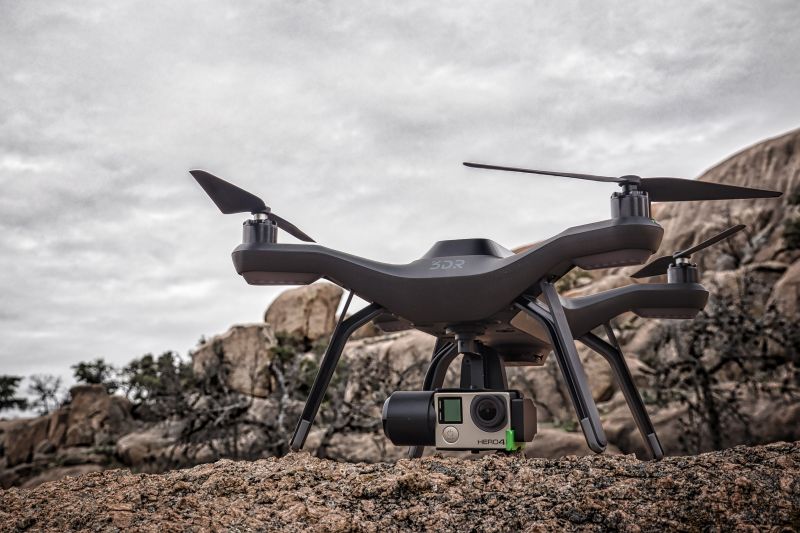 Studies have shown that 90% of drone owners also own a version of the GoPro camera. If you are part of this 90%, you may want to look into getting a drone that you can attach your GoPro to. Introducing the Solo by 3DR, a drone specifically built around the GoPro. The Solo is a great drone if you have a GoPro and are looking to get your start in aerial photography.

The engineers at 3DR worked closely with GoPro to make sure the two units work flawlessly together. Since so many drone users own a GoPro, 3DR was able to put more money and research toward designing a better drone instead of a better camera. The Solo is fully compatible with the GoPro HERO3+ and HERO4.

When using your GoPro, you can choose between a live streaming view to your cell phone from the camera or a satellite view of your selected shot. Control your GoPro, and even change how the controller responds to commands through your phone. The Solo’s ergonomic controller is built specifically for aerial photography. Its video game style design breaks from the clunky and complicated RC tradition, so it feels familiar to even new pilots. Unlike other professional drones, the Solo only needs one remote to work both the camera and drone. 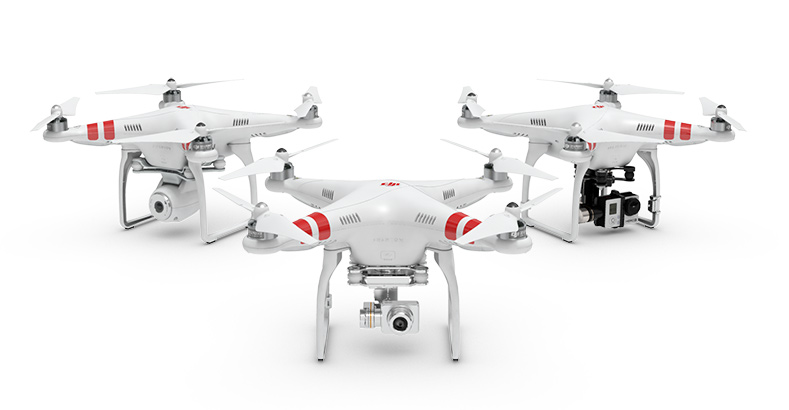 DJI Phantom is the number one selling drone worldwide. Most recently, DJI launched the Phantom 3. The DJI Phantom 3 has a new built-in 4K camera and HD video streaming capabilities from a mile away. This makes the DJI Phantom 3 an excellent choice for anyone looking for quality video equipment. The quality of video you can take with this model is definitely impressive and is largely considered to be of higher quality than the 3DR Solo but not as high as the Inspire. The Phantom 3 is arguably the best and most advanced of DJI’s Phantom series.

The Phantom 3’s camera offers exceptional video quality. The drone features a 1080p Full HD video recording with a fully stabilized 3-axis gimbal. DJI’s Lightbridge digital streaming allows you to view your stream in 720p while still recording in 1080p. Most wireless monitors and cell phones cannot display 1080p resolution, and therefore, the Lightbridge can stream at 720p, so you can use your cellphone as a monitor.

The DJI Inspire 1, 3DR Solo and Phantom 3 are a niche in the drone industry that most photographers and drone enthusiast will like. The Inspire is a professional drone that shoots professional video and images but is a little more advanced. The Solo is a great drone if you are looking to get into drones and start shooting right away. The Phantom 3 is in the middle of the two, with a good camera and great gimbal. If you are looking to step your aerial photography game up, look into getting a DJI Inspire 1 to help capture never before seen aerial images. You can’t go wrong with any of them.

Kevin Skaggs is currently working as a Project Manager for DroneFly.com. Skaggs has a degree in Multi-Media Journals and has been working in the online industry for several years. He has worked with several companies ranging from large media companies to small independently owned business.

DroneFly.com is a leading drone retailer located in Southern California. They sell over 20 different drones models for both amateur and professional drone enthusiast.