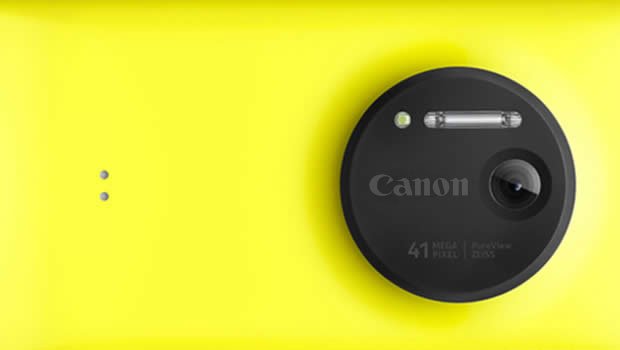 There are not many bigger brands in the world than that of Microsoft and Canon, and it was announced today that the two have signed a new strategic partnership agreement in regards to their patents. What exactly this could mean is somewhat shrouded in mystery though.

“This agreement covers a broad range of products and services each company offers, including certain digital imaging and mobile consumer products. Microsoft and Canon have a long history of collaborating to bring high-quality, cutting-edge products to consumers, including color technology. Contents of the agreement will not be disclosed.”

It seems clear that whatever the two mega corporations have in mind will revolve around imaging and mobile devices. Some have speculated that the partnership could lead to Canon imaging tech being implemented in Microsoft’s windows based Nokia Lumia phones. That is certainly a possibility, and one that I am sure many Lumia/Windows users would like to see.

Another possibility here is that Canon could develop some sort of Windows Phone based camera, similar to that of the Samsung Galaxy Cameras. To me, that seems like the least likely of the outcomes. I mean think about it: this is the company that essentially gave up on the EOS-M after one model (yes, I know there is an EOS M2, but really it’s just an EOS M with Wifi). I don’t see how Canon could look at something like the Galaxy Camera and think that is worth investing in over an updated EOS M.

It could be some time before any fruits of this partnership agreement are found on the consumer market, but nevertheless we will be keeping and eye out for new Nokia/Microsoft and Canon products that fit the bill. Stay tuned…

What are your thoughts on this partnership agreement? What is the most likely product collaboration that you see coming of this? Leave a comment below!

Are Print Portfolios Making a Comeback? A Chat With Commercial Photographer Erik Almas

The Front Line of Fashion: How to Survive London Fashion Week | Chris Yates