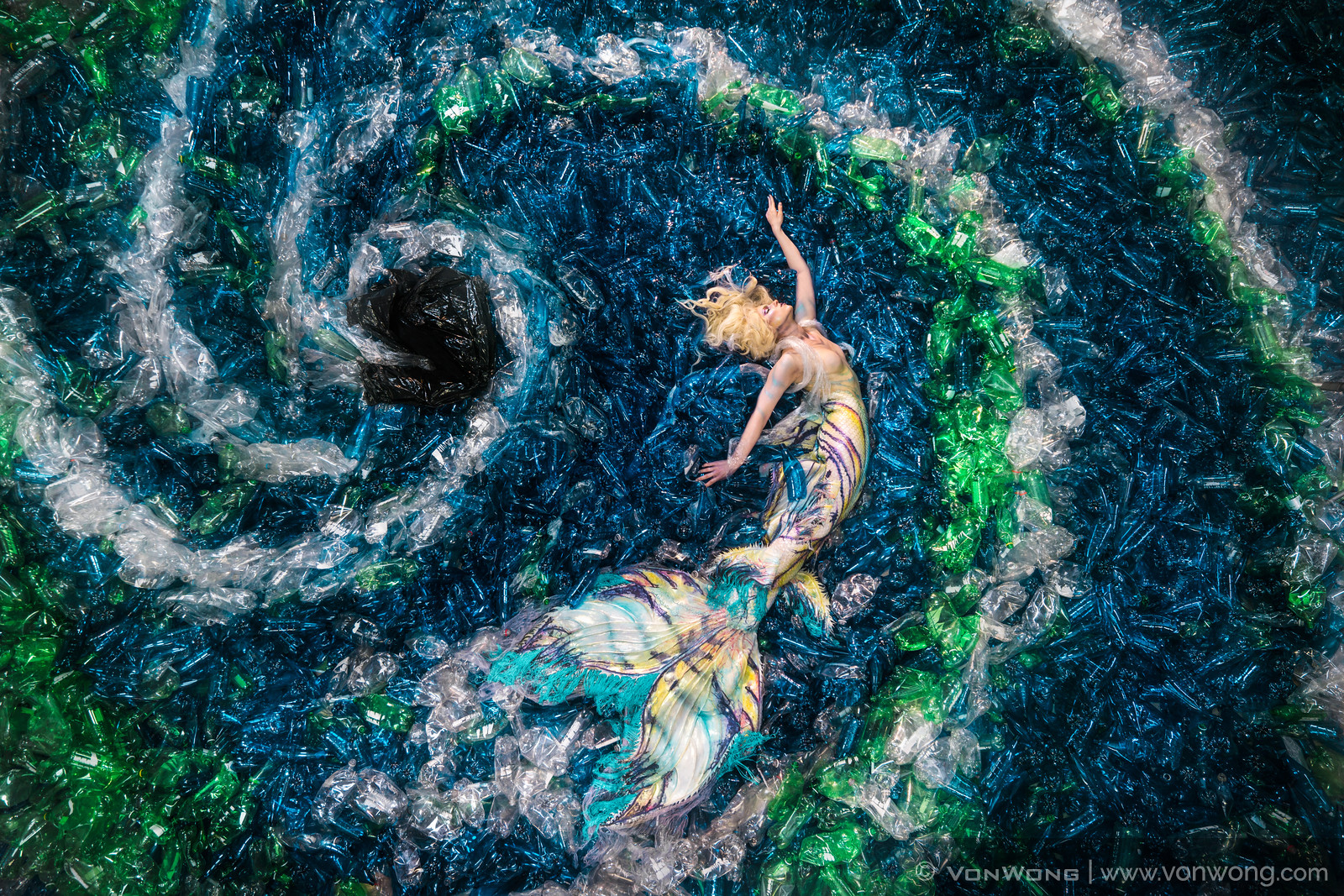 If you had tens of thousands of Instagram followers, a bevy of corporate sponsors, and the ability to catch the attention of loads of viewers with your photography, what would you do with your platform? Photographer Benjamin Von Wong has just that, and he’s been using it to shout from the rooftops about major issues facing our planet Earth and her inhabitants. In the past, he’s taken stunning out-of-context portraits while storm chasing to bring awareness to climate change, gone underwater with models and sharks to raise awareness of the carnivorous fishes’ plight, and now he’s given us mermaids swimming in a sea of plastic – not unlike that which is overwhelming our oceans at a growing rate – to draw attention to oceanic pollution. 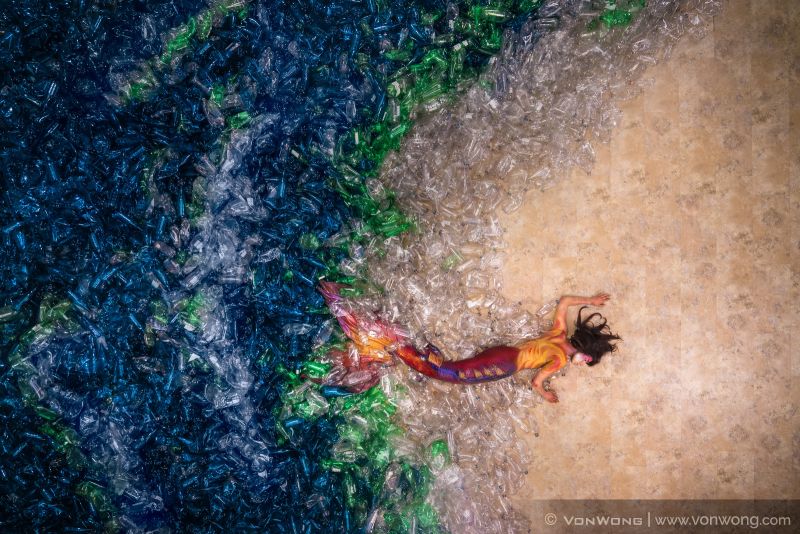 Humans around the globe produce waste at an alarming rate, and it all has to go somewhere. Sadly, that somewhere is often nowhere it belongs. Case in point – the Great Pacific Garbage Patch is estimated to be up to twice the size of the United States containing up to 5 million tons of broken-down plastic and other debris, and it has been estimated that plastic will outnumber fish in the ocean by 2050 if no changes in use and disposal are made. Von Wong’s project gives an eye-catching visual aid to the travesty that is unfolding before us. 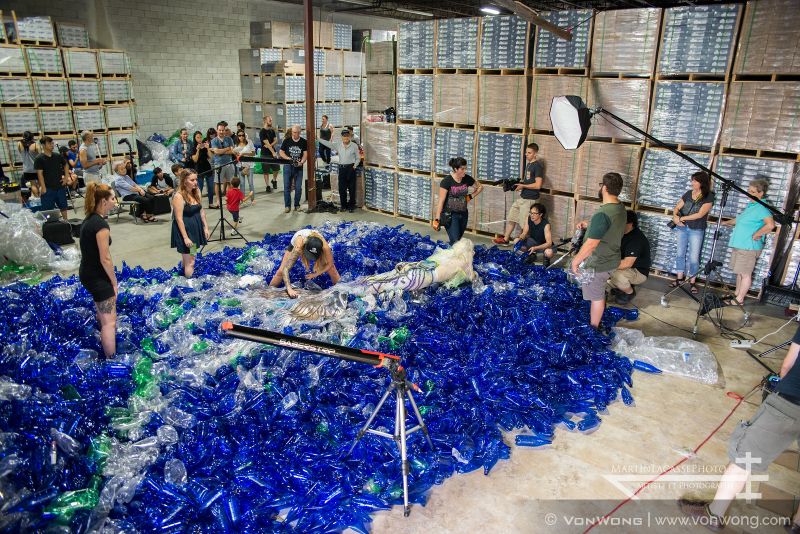 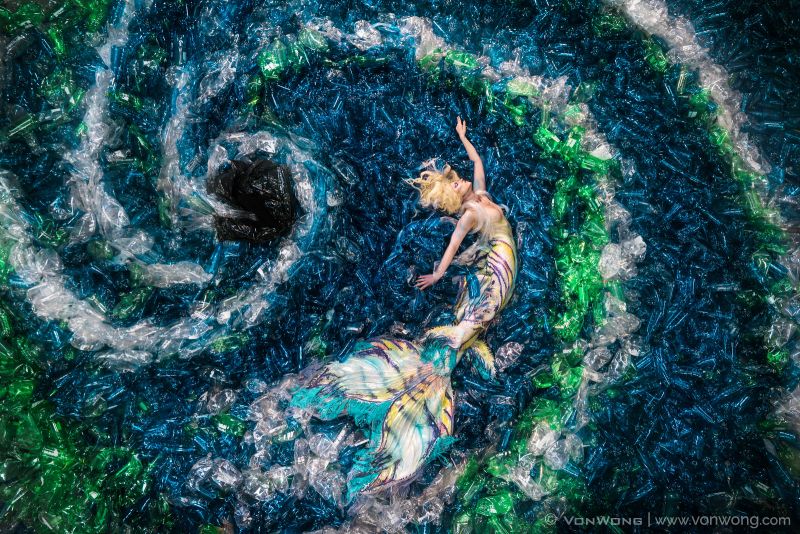 With 10,000 (not coincidentally, the number of plastic bottles the average American is estimated to use in 60 years)  clear, blue and green bottles on loan from a waste management company in a warehouse, Von Wong and crew created swirling seas of plastic bottles that look much more beautiful than what is collecting in the oceans, and inhabited them with beautiful mermaids. A Sony A7rii mounted from the warehouse’s ceiling and Broncolor strobes helped Von Wong make the images. 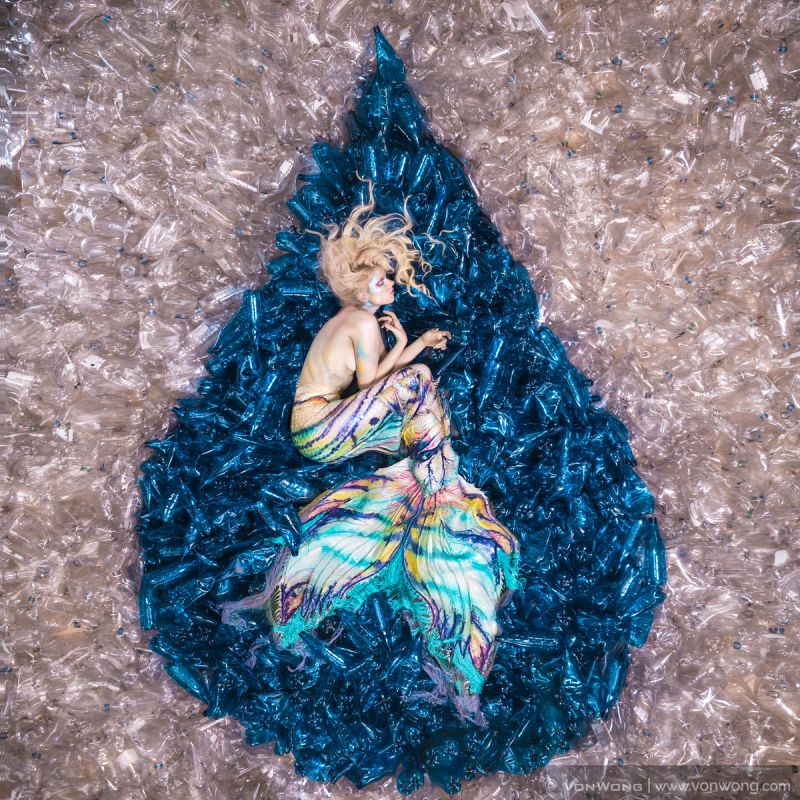 Check out Von’s blog to see the whole process with BTS and more info on the situation at hand, and visit www.mermaidshateplastic.com if you’d like to take a pledge to reduce your plastic consumption. Below is one of three BTS videos Von Wong has posted on his YouTube channel, have a visit to see the others.