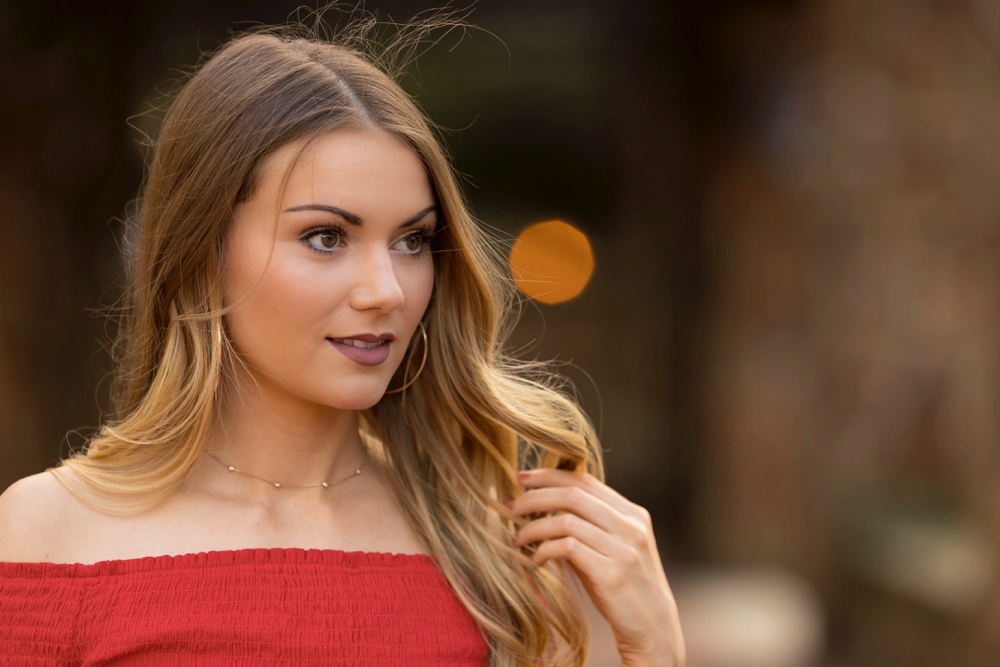 In a recent video upload by Manny Ortiz, he walks us viewers through his process of getting incredible compositions in even the most boring of locations. He went out with a model to Logan Square, Chicago… “Not the greatest area to shoot in, but I’m going to show you, with an 85mm lens, on how I get multiple compositions in such a little area.”

“This trick, you can apply it to your photography right away,” Manny says at the start of the video. His goal in shooting this tutorial video was to show his viewers and followers how he achieves such impressive compositions in such a small area of space—what some might perceive as a boring location. Manny doesn’t see these locations as boring because he’s learned how to take the ordinary and make it extraordinary!

“Let’s say I just got to this location. There isn’t nothing that’s just smacking me in the face like, ‘Hey, shoot me!.’ You’ve got to make things happen.”

What Manny does is, while shooting “wide open” at f/1.8, he focuses on the ground in front of him—or wherever he thinks the model is going to be—and then he raises his camera, giving him a de-focused preview of the background. This helps him find the elements of the background he’s shooting that don’t look good to the naked eye but might look great as an out-of-focus element in the shot.

He goes a lot more in-depth into his technique in the video and we highly recommend you watch it from start to finish. As photographers, we’re always learning—new camera techniques are born every day. So check out Manny’s technique, go test it out for yourself, and then let us know what you think in the comments below!