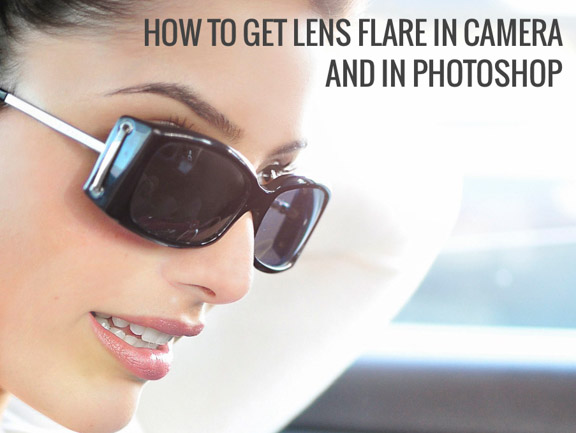 How To Make Realistic Lens Flares In Photoshop & In Camera

Lens flares, originally were unwanted. They’re caused either by a bright light source in the image (frame) or just outside of it, refracting through the elements of your lens. They’re a great way to add some interest, use dead space, and add some drama to your photos. The question is, do you have precise control over the look and feel of your lens flares?

It’s the 21st century and modern lenses, are highly engineered devices that are actually built to minimize unwanted light from entering the lens and hitting the sensor. They do this via a myriad of tactics, one of which is using multiple elements. But everything inside is built to handle this issue as well, from specialty adhesives, to specialized optical coatings.

Lens flares generally manifest themselves with one or both of two components: visible articles and a desaturating haze. Usually lens flares happen when light that’s not directly in the frame, enters the lens anyway, but can also occur as a result of having a bright light source in frame. So you can control it.   I’ll explain how they work so you can get it in camera, but if you want to add in Photoshop, there isn’t a better tutorial I’ve found than this from Phlearn’s Aaron Nace. It’s non-destructive, fast, and easily manipulated. 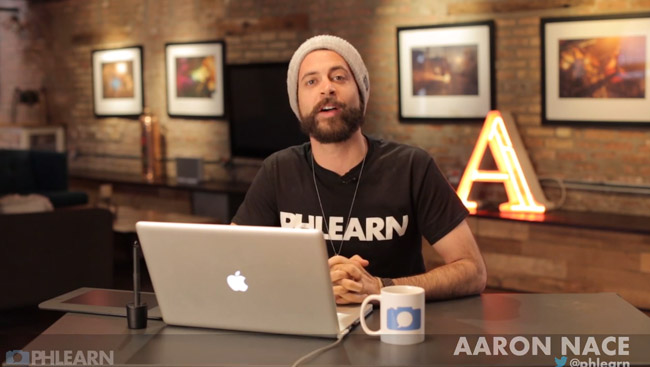 You’re likely used to seeing lens flares looking a certain way. Typically having a large ring of light with some circles and shaped light artifacts coming out of it. That ring is actually the particular refraction of light from whatever the light source it… say, the sun, and it’s called a corona. Like the crap beer. The other shaped artifacts are a combination usually of circles, and a shape that directly reflects the shape of your lens’ diaphragm/iris. That’s why the most common shapes are circles, or pentagons, hexagons etc. They can really add to a scene and offer up some dissimilar interest. They theoretically should be the same color of the light that’s being deflected, but due to refraction and different coatings you can expect multiple colors. 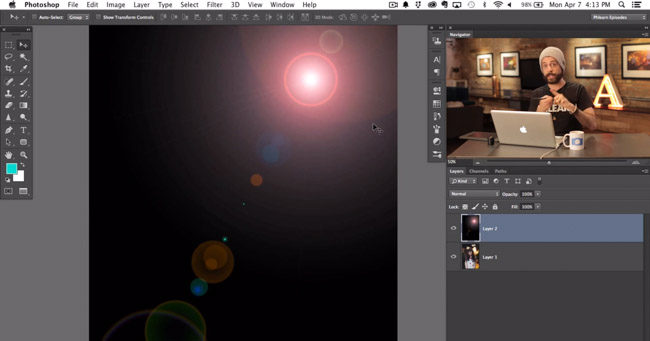 If you want a lot of flares and artifacts you’re gonna want to go with a zoom lens. The mere fact that they are comprised of more, often significantly more elements than a prime lens, means they’re going to refract light more, and have more diffraction and give you more of those shapes. If you’re shooting a wide lens, especially like an anamorphic lens, you can expect flares that appear more as horizontal lines that have an oval-esque quality, that go across the screen. That’s why when you actually select Lens Flare from the render tab you’ll get horizontal lines if you select the ‘Movie’ style flare. Anamorphic lenses would squash a scene down to fit wide scenes on smaller film…that’s why this happens.

I quite like this tutorial. As usual it’s well explained and such, but I’ve never known how to add realistic looking flares to my images in post, so I always got them in-camera and tried to enhance them. Now knowing how to have it as a separate layer, and able to manipulate them via blur, I’m much more likely to incorporate them as the added softness makes it a lot more realistic, which for me, is always the key. Here’s an example I did.

If you like this, and would like to become quickly adept at Photoshop, I might suggest having a look around our site as we generally post tutorials like this often. And to have a look at the Phlearn Photoshop 101 & 102 as they are comprehensive and will have you doing things with Photoshop you may have otherwise thought too complex, or didn’t even know you could do.