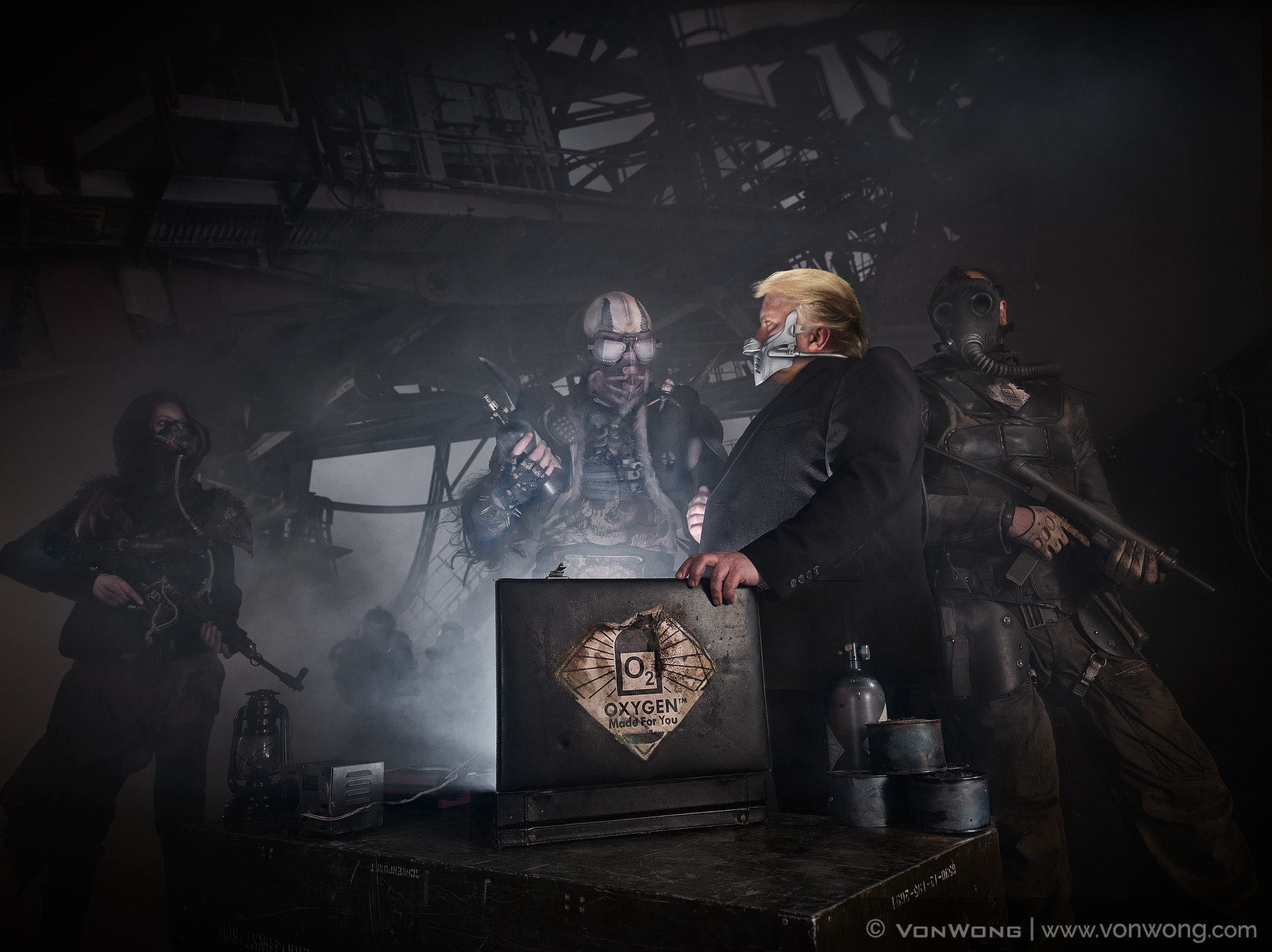 Much of the horror Americans have been expressing about the current political atmosphere centers around human rights, but there are other concerns that are pressing as well. As we sit in precarious times with a changing climate it is of grave concern when climate science is ignored and environmental protections are rolled back. Benjamin Von Wong is using his platform once more to draw attention to environmental issues in his newest series, ‘Mad Max Meets Trump’s America.’

When Von Wong discovered a company bottling Rocky Mountain air to sell to people in China, it inspired him to research whether such a thing could possibly be real, rather than satire. Having grown up in China himself, he was taken aback to discover that things were in fact now so bad in some places that his own elementary school in Beijing needed an airlock around the gymnasium and air filters for every classroom to afford children something so basic as an approximation of fresh air. 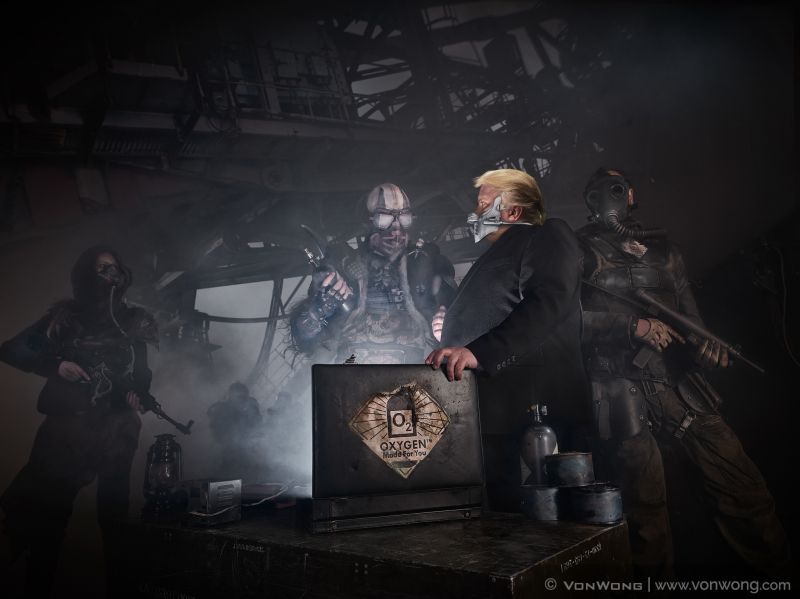 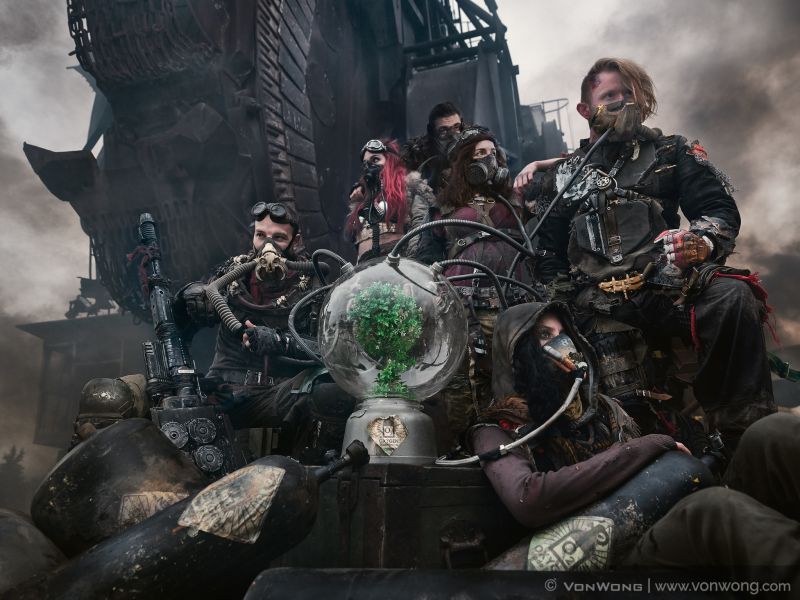 Further research revealed what is to blame for this atrocious air quality – coal. This set the wheels in motion to produce a series painting a stark, if dramatic, picture of what life could be like if we continue to ignore or deny what is happening around us and press forward with environmentally damaging energy. With Trump’s promises to do just this and revitalize coal power in the United States, the message becomes all the more important to drive home the situation’s severity so Americans will put in the work to fight back. 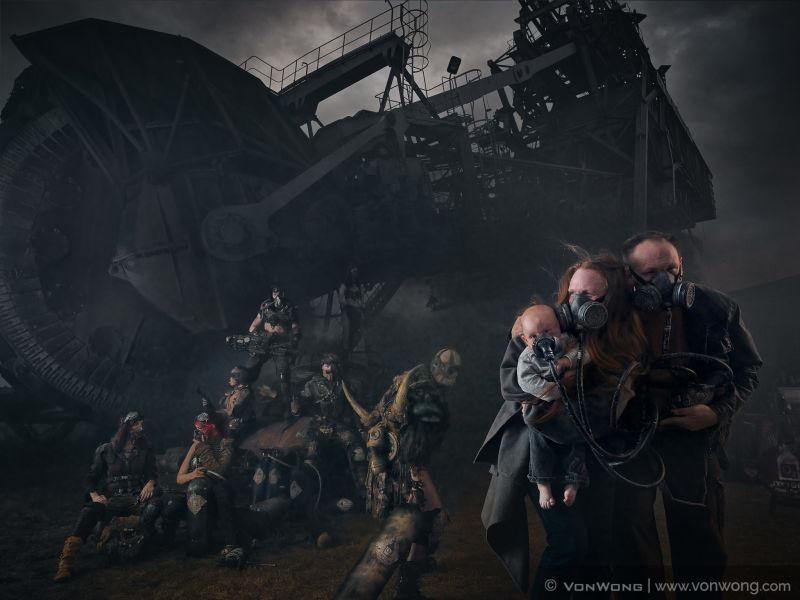 With all this in mind, Von Wong set out to create his vision of a post-apocalyptic wasteland where clean air is a commodity that is difficult to come by, where humans must harness every last bit of oxygen they can scrape together by whatever means possible, where oxygen is big business for the elite and the poor languish.

With gear from Phase One, Broncolor, and Three Legged Thing, props by post-apocalyptic pros, Wasteland Warriors, a volunteer cast including a baby, and a perfect location in Germany – Ferropolis, a museum made from an old mine strip, Von Wong was able to create images that will hopefully hit home and drive people to take action before it’s too late. 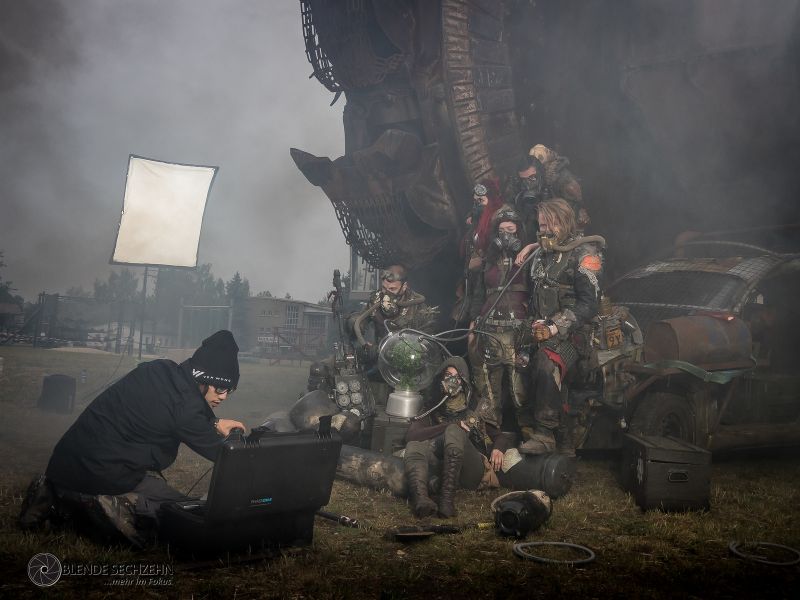 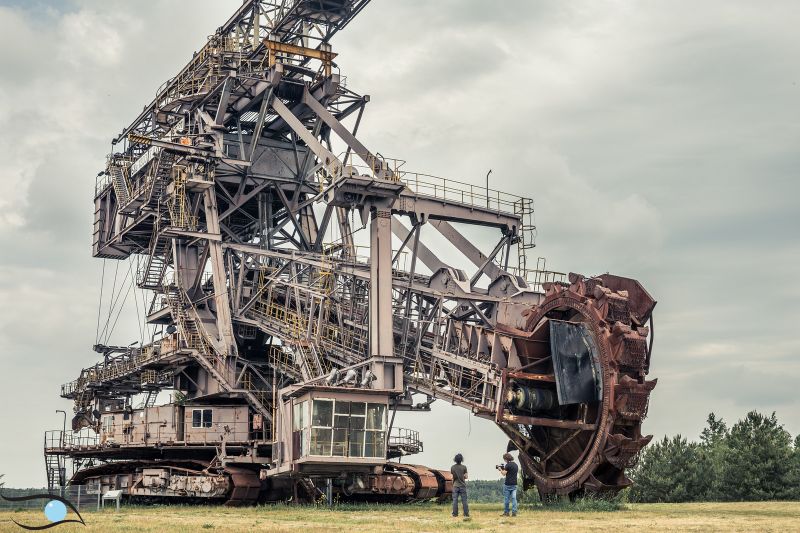 Check out Von Wong’s own post about his project for even more information, and enjoy a BTS video below!