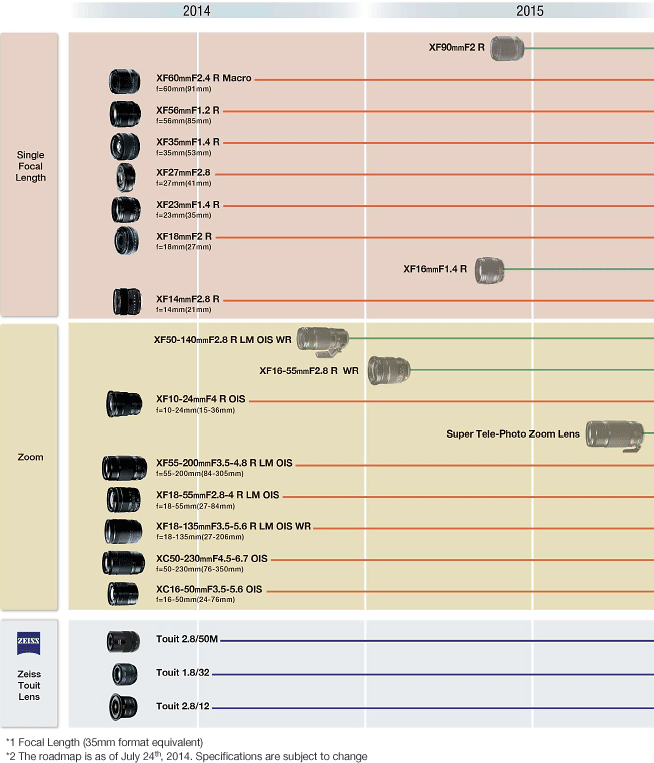 Long Awaited Fuji 70-200mm F/2.8 Equivalent Next In line According To Updated Roadmap

As I mentioned in my latest Fuji reviews, the biggest hole in the Fuji system currently is fast telephoto lenses, and at the top of that list is a 70-200mm lens. Fuji just released an updated version of their lens roadmap, and the next available lens, to be released in the end of 2014, is the long awaited 50-140mm F/2.8 – a 70-200mm equivalent lens.

I love that Fuji has a roadmap like this. It makes knowing what to expect really simple. That said, it also makes the waiting process that much more irritating because you then know what is coming and how long its going to take to get here. There is a reason why you should never watch the clock while cooking…

What are your thoughts on this updated Fuji Roadmap? Do you think that Fuji is making good choices in regards to what lenses they are prioritizing? Leave a comment below!

Pentax 645Z - Is This 'Budget' Medium Format Body Worth The Price?

Is the RX100 M3 the Best Point and Shoot For Professionals?