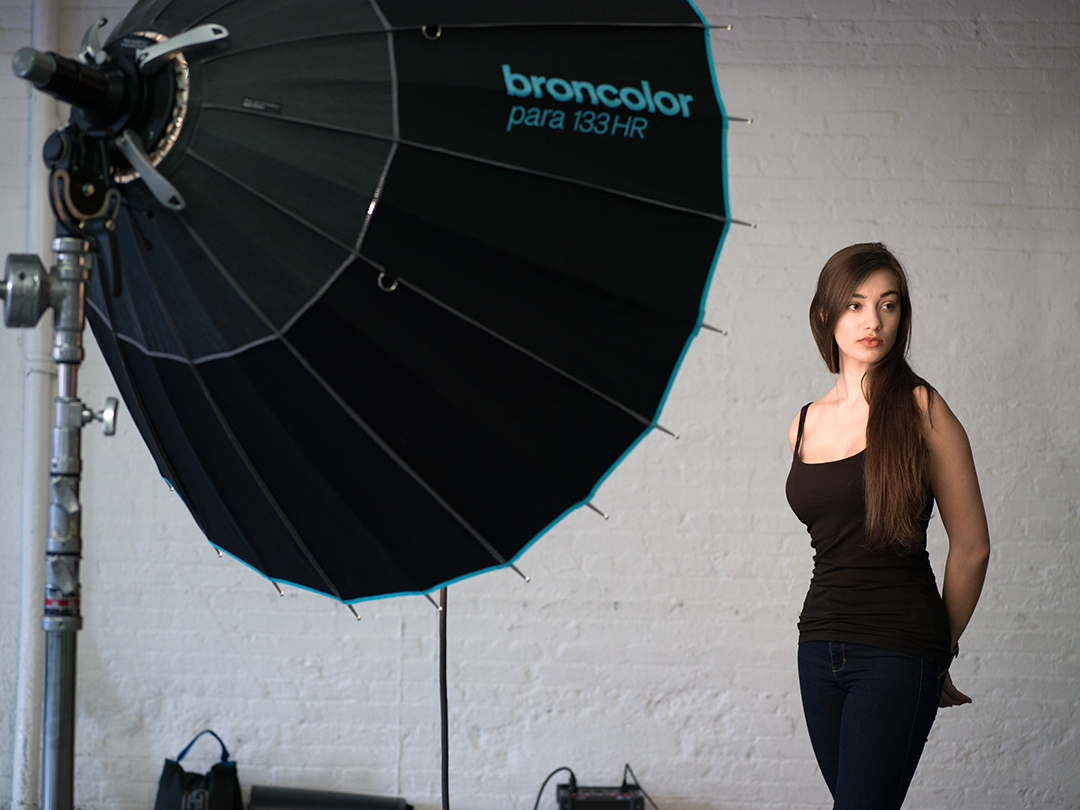 Lighting Modifiers | Which one is right for you? + (Broncolor Modifier Cyber Monday Sale)

*Many of the lighting modifiers listed in this piece are on sale today only (11/27/17). Find them here.

One of the biggest challenges that we face as photographers is developing our own style that is not only recognizable, but resonates with our target audience. Many of us start the quest as solely natural light photographers and some choose to stay here indefinitely, which is fine. Sure, there are many ways that natural light can be manipulated, however, this is such a limiting factor both developmentally and financially. A very common and natural progression for portrait photographers is the transition from natural light to toying with artificial light.

Buying that first strobe or speedlight is an exhilarating purchase. Deciding whether or not to invest long term in higher-end equipment or start lower down the totem pole is a personal choice. Once that light is unwrapped from its pristine packaging and out in the open, the fun truly begins.

The way in which we choose to light is one of the best ways to define our artistic voice. A good place to start is by identifying if you are drawn to higher contrast images or softer, tonal images and the preferred amount of gradation. Identify if you prefer light that wraps around with a lot of transition from light to dark, or an abrupt change from the highlights and shadows with punchy contrast. From there, play with a number of different modifiers to see which feels right with your body of work and then make the plunge.

Below are examples of four different lighting modifiers. The light was kept in the same place while the model stayed the same distance away.

Parabolic Silver Reflector
Parabolic reflectors, better known as “paras”, are the most expensive of the bunch and also offer the most versatility. Paras have an umbrella shape with either a white or a silver reflective interior, which creates more contrast. They have more sides or “ribs” than a standard umbrella and range in size from roughly three feet to well over seven feet. Where the light is placed in relation to the para will determine the amount of contrast.

[REWIND:] 4 PIECES OF LIGHTING GEAR YOU NEED FOR EVERY ENGAGEMENT SHOOT 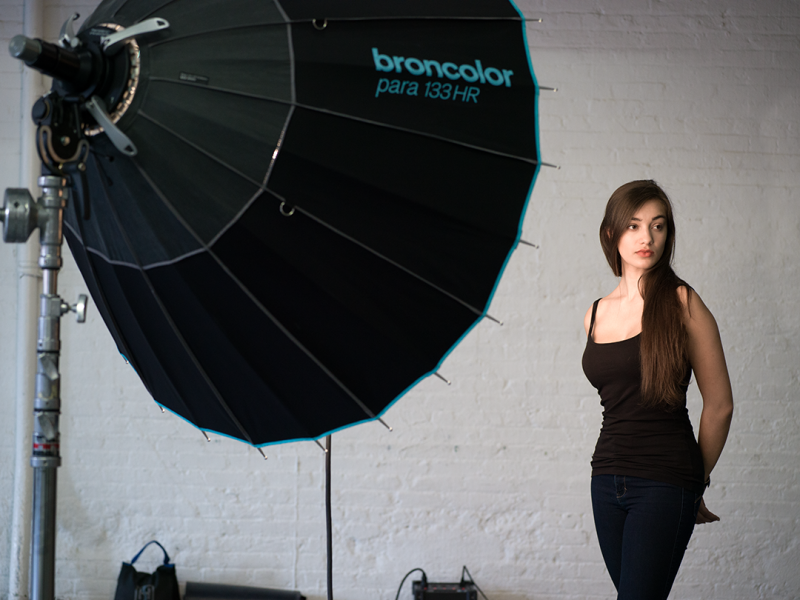 For this example, the light was in position to offer the smoothest gradation from highlight to shadow by wrapping the light around the subject. Due to the size and depth of the Para, it wasn’t able to be angled down as much as with the other lighting modifiers. However, to produce more contrast, simply raising it and pulling it back a few feet would do the trick. 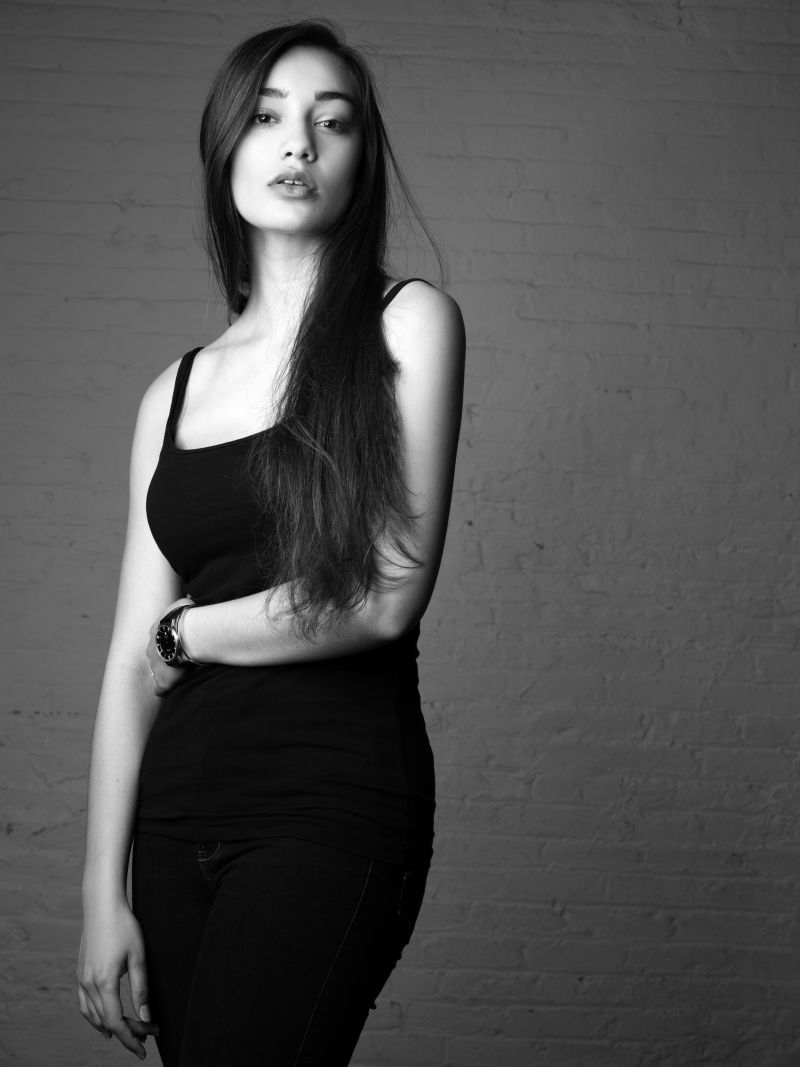 The range and versatility of the paras is incredible. They can go from providing almost too much fill for a rather flat image to producing gorgeous tonal range and contrast that is found in fashion magazines with a simple feathering of the light or adding a grid. This is a worthy investment for the serious fashion/beauty and dramatic portrait photographer. Not all paras are created equal and the price is reflected. They range anywhere from $100 to well over $4,000.

Octabox
An octabox is essentially a softbox with eight sides. It generally has a smaller span than a para and thus provides slightly more contrast while still wrapping around the subject. Octas produce beautiful light with a smooth gradation between the highlights and the shadows in areas with higher contrast. 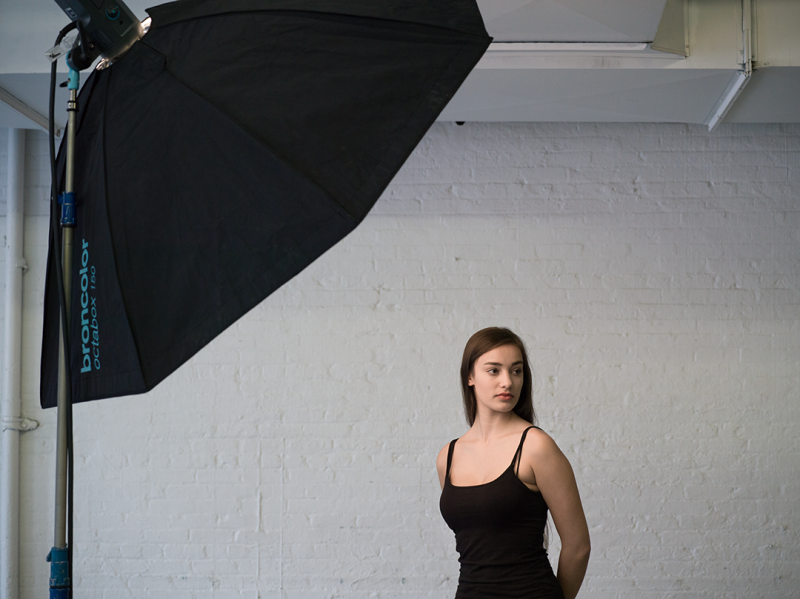 In terms of cost, octas are priced between $70 to over $300 and are considered rather inexpensive in relation to other light modifiers. They are also very lightweight and easy to store. In addition to a shoot through white umbrella, this is another highly recommended modifier for portrait photographers and it is easy to see why. 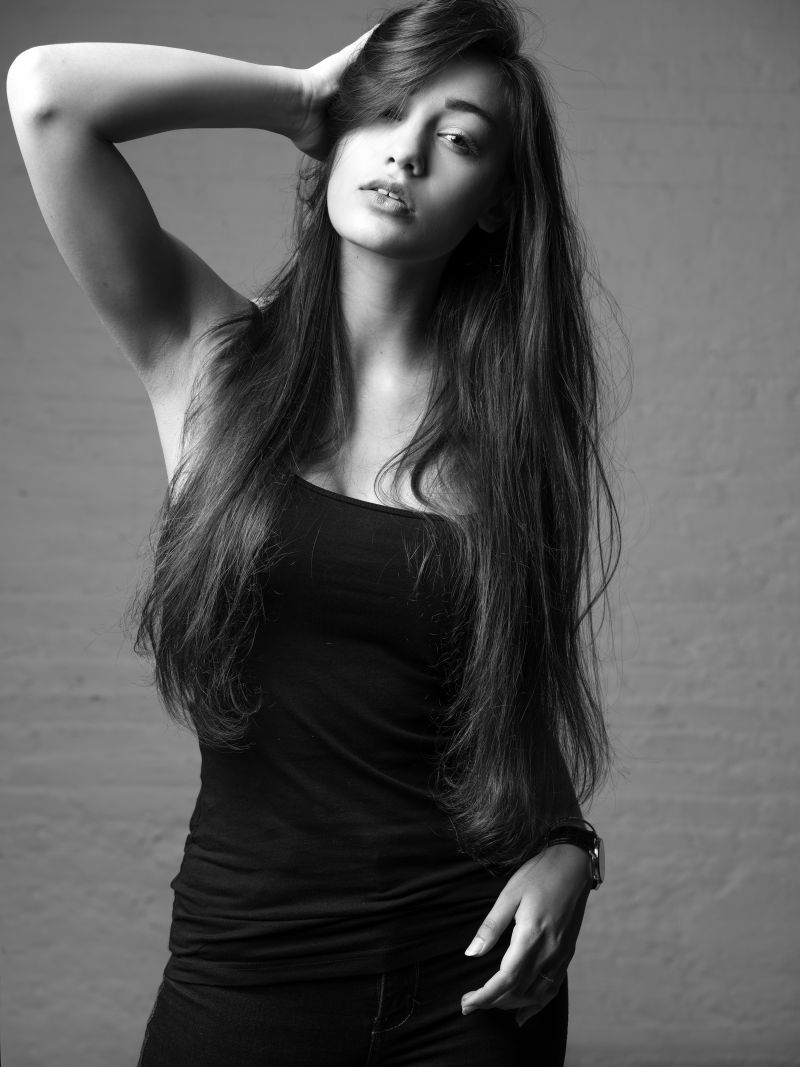 Beauty Dish
Beauty Dishes are a staple among many beauty and fashion photographers as well as some portrait photographers. Like the paras, they come with either a white or silver interior, with the silver providing a little more contrast. While companies like Mola offer various sizes and variations, a standard beauty dish is approximately 20-22”. 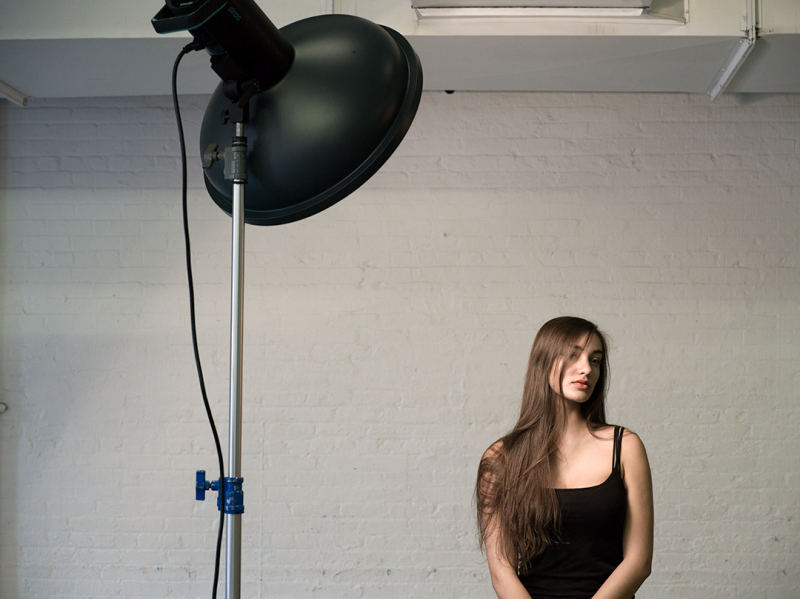 Beauty dishes provide a distinct look with sharp contrast that can be diffused with a sock. The light can also become more directional by adding grids. The focus with a beauty dish is the falloff of light as opposed to up above where the focus was the ability to wrap the subject. A common misconception is that they are only used to light the subject’s face. With the right angle, a single light with a beauty dish can be used for a full body image. 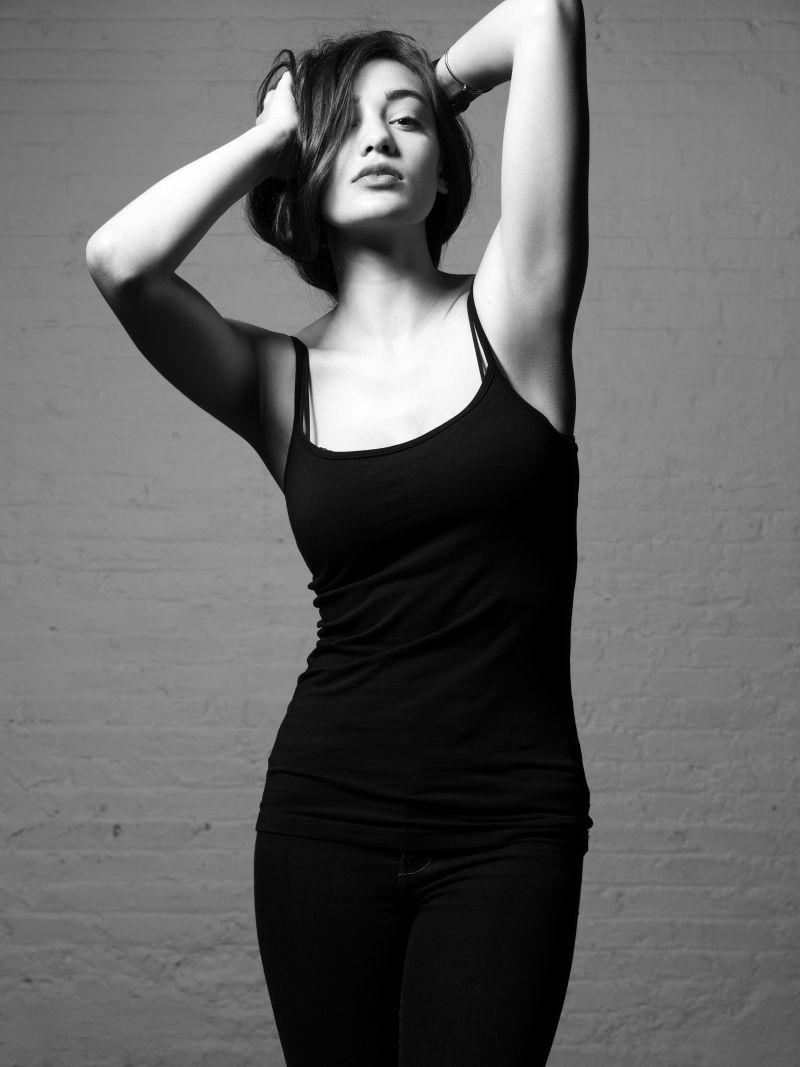 Constructed of metal, they range in price from $70 to over $500. Beauty dishes are essential to beauty and fashion photographers alike. Beauty dishes are not nearly as forgiving as a softbox, therefore having good skin is a must for the client. For regular portrait clients, a beauty dish may not be as ideal.

Beautybox Softbox
The collapsible beauty dish from Broncolor doesn’t look like much in appearance, but looks can be deceptive. It comes equipped with a removable dual sided white and gold reflector as well as a removable transparent white reflector. Without any of the additional diffusers, the light produced is similar to a regular beauty dish with a large grid. Adding the white or gold reflector, it resembles that of a beauty dish. In addition, if the transparent reflector is attached, the light is reminiscent to that of an octabox. 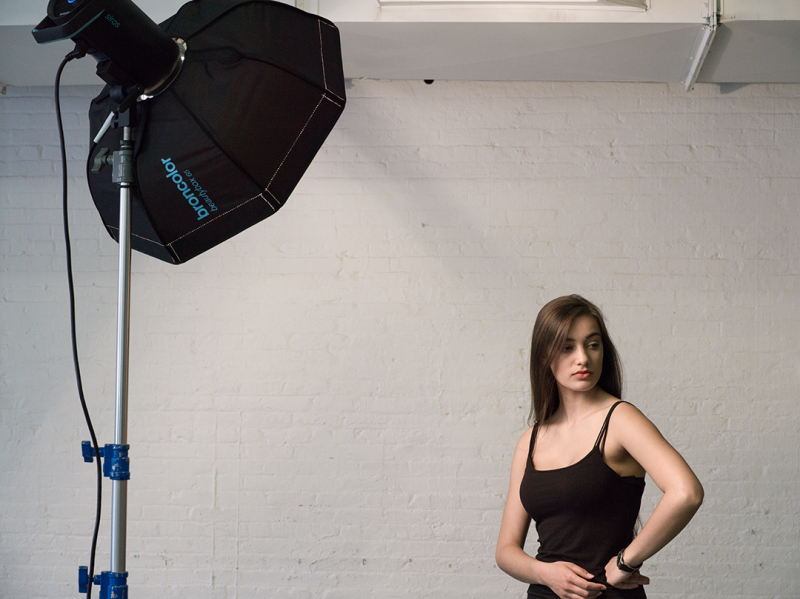 For this example, the Beautybox was used without any additional diffusers. The modifier produces light with the most contrast in comparison to the other modifiers. There is a sharp contrast between the highlights and shadows with very little gradation. 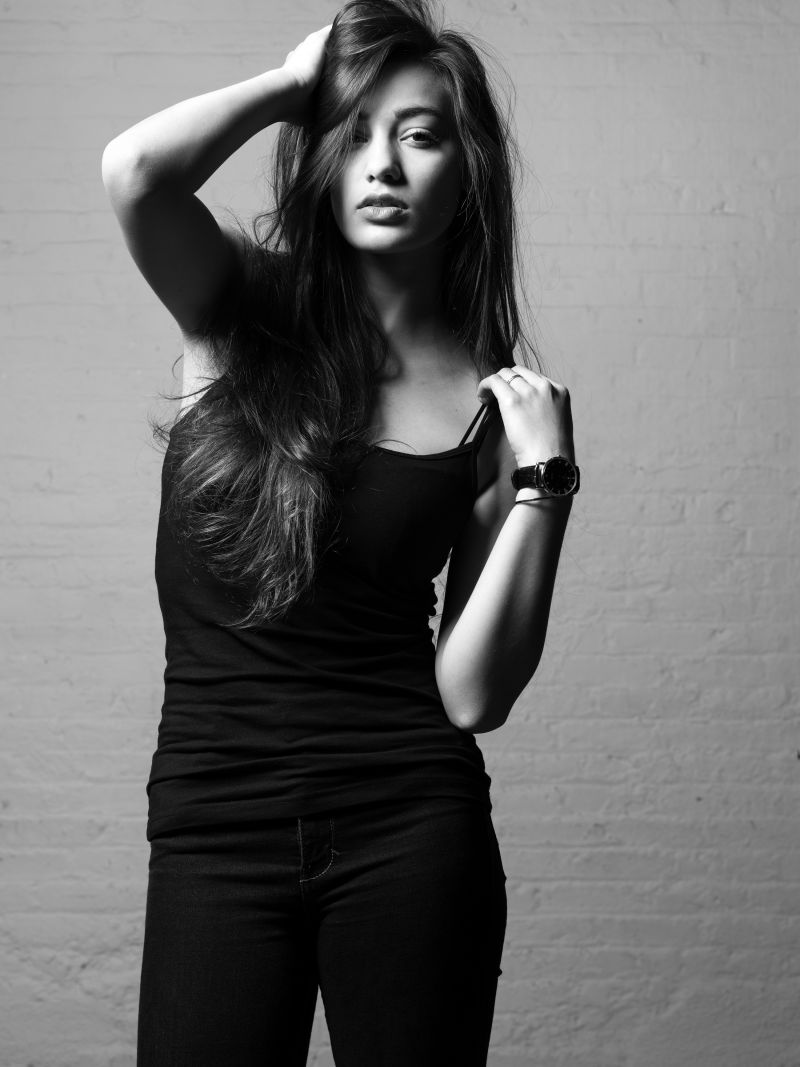 Some of the less expensive options produce incredible results and should not be underestimated. Any of these modifiers would be a worthy addition to one’s toolkit. As with anything in our field, the way a photographer chooses to light their subject is a very personal choice.

*This article was originally published in May 2017