SLR Lounge > Originals > How to Develop Your Creativity | Tuesdays with Lauri 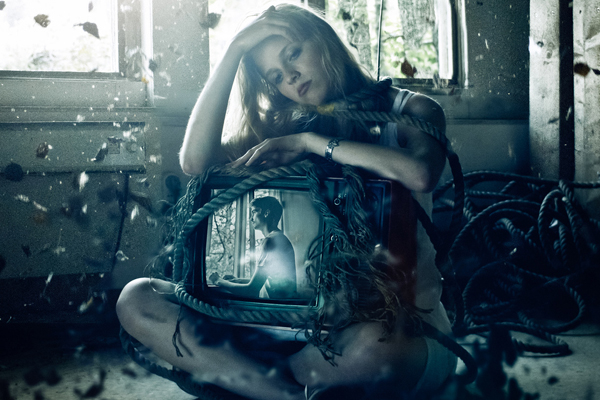 How to Develop Your Creativity | Tuesdays with Lauri

In this weekly article series called “Tuesdays with Lauri”, I will be writing photoshop tutorials, BTS-articles, analyzing photographs, and more. If you’d like to suggest a topic for an article, you can always leave a comment below, or contact me via email at lauri@laurilaukkanen.com

As this is the first article in this series, I decided to kick-off with a topic that should be of interest to the majority of us: Creativity. It’s one of the biggest mysteries our humankind has ever tackled. It is amazing how some individuals are able to create new artistic, creative inventions and art pieces, while others just keep on doing the same things day in and day out. At a quick glance it almost seems like creativity is a gift that has been given to only a select few. But this first impression is certainly not true.

In reality creativity is a skill that can be learned and practiced – just like riding a bicycle, or learning to tie your shoelaces. It is said that creativity is like a muscle. The more you practice it, the stronger it gets.

I want to stress that creativity is by no means a collection of rules and techniques. But just as any other skill, creativity also can be learned and practiced with the help of these different techniques. In this article I want to present you with some tips and tricks that have helped me personally to develop my own creativity. With these techniques you’ll be able to avoid dropping into a “creative block” and will be able to produce a large number of useful ideas in a short amount of time.

First off, let’s take a look at the the creative process as a whole. The process can be broken down to five different phases:

Let’s now take a closer look at these phases, one by one. 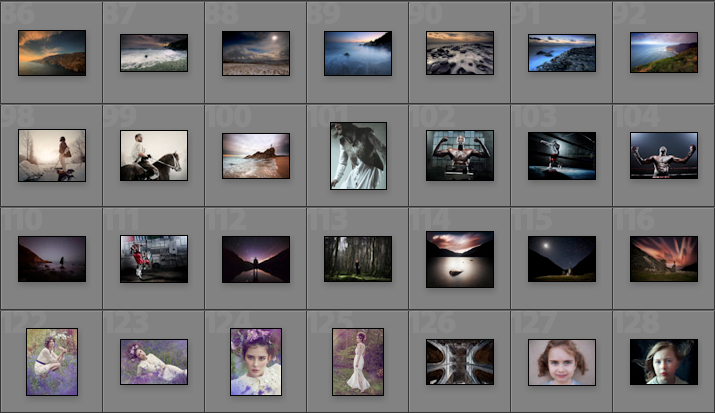 The goal of this phase is to gather a comprehensive collection of material that can be used  in the creation of new ideas during the subsequent phases. But how does one go about collecting material? There are many ways to do it: brainstorming, gathering inspiring images into a image-bank, improvising, using lateral thinking techniques, collecting and writing down “mini-inspirations” etc.

Collecting ideas means gathering material even when you’re not actively in creative work. But we should understand that our memory works very economically.   Thus, a random idea, which doesn’t have any immediate value or function, is usually forgotten almost instantaneously. This is why it is important to keep a sketchbook/notebook always with you (or nowadays a smartphone works well too), so that when an idea hits you, you are prepared to write it down. This way you are able to slowly (but surely!) create a comprehensive library of ideas that may later turn out to have a huge value in your creative workflow. 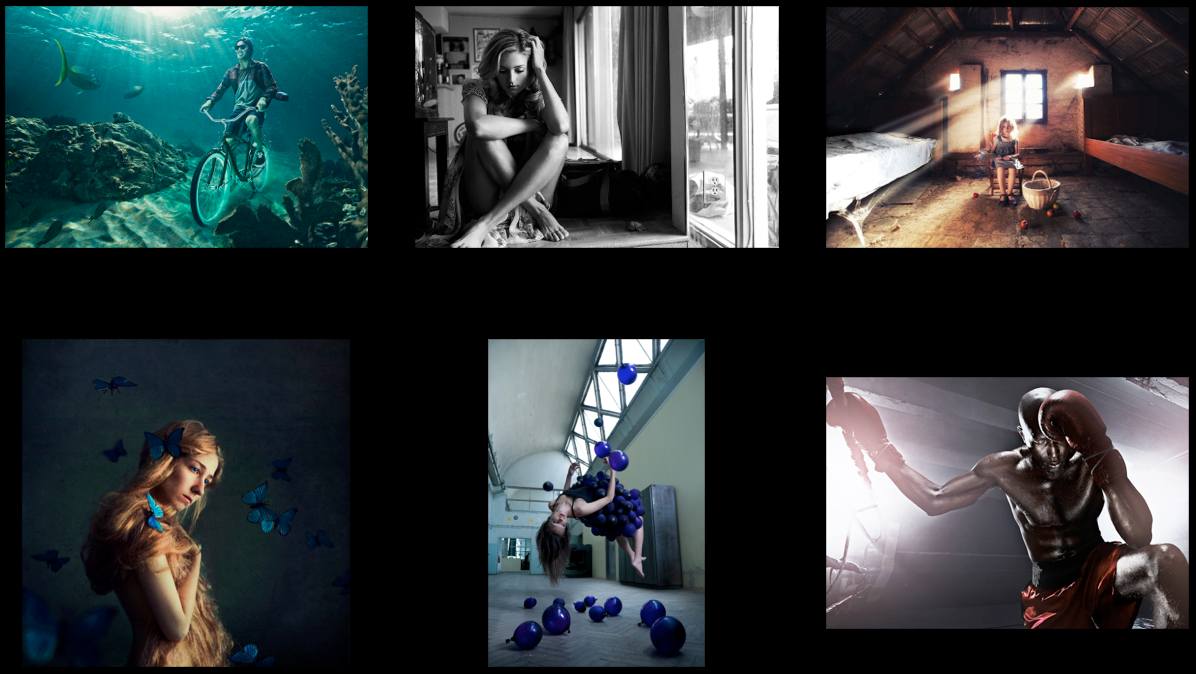 A amount of raw-material doesn’t usually lead to a finished masterpiece. This is why the collected material must be processed. The next step after gathering the material, is picking out the useful material out of the newly created library. During this step, you’ll be going through the raw-material very critically.  Your job is to evaluate whether a particular idea/image/article etc. is useful for the job at hand.

Drafting can be broken down to two separate steps: Envisioning & Sketching.

ENVISIONING
Envisioning is the process of generating a rich and vibrant image of what the final product/photograph will look like. This is done based on the material that we have collected and selected during the first two phases. While envisioning, our goal should be to consider all of our senses. What will the final work feel like? How will it look? What kinds of emotions will it bring about? Aim for a very vibrant and life-like mental image. 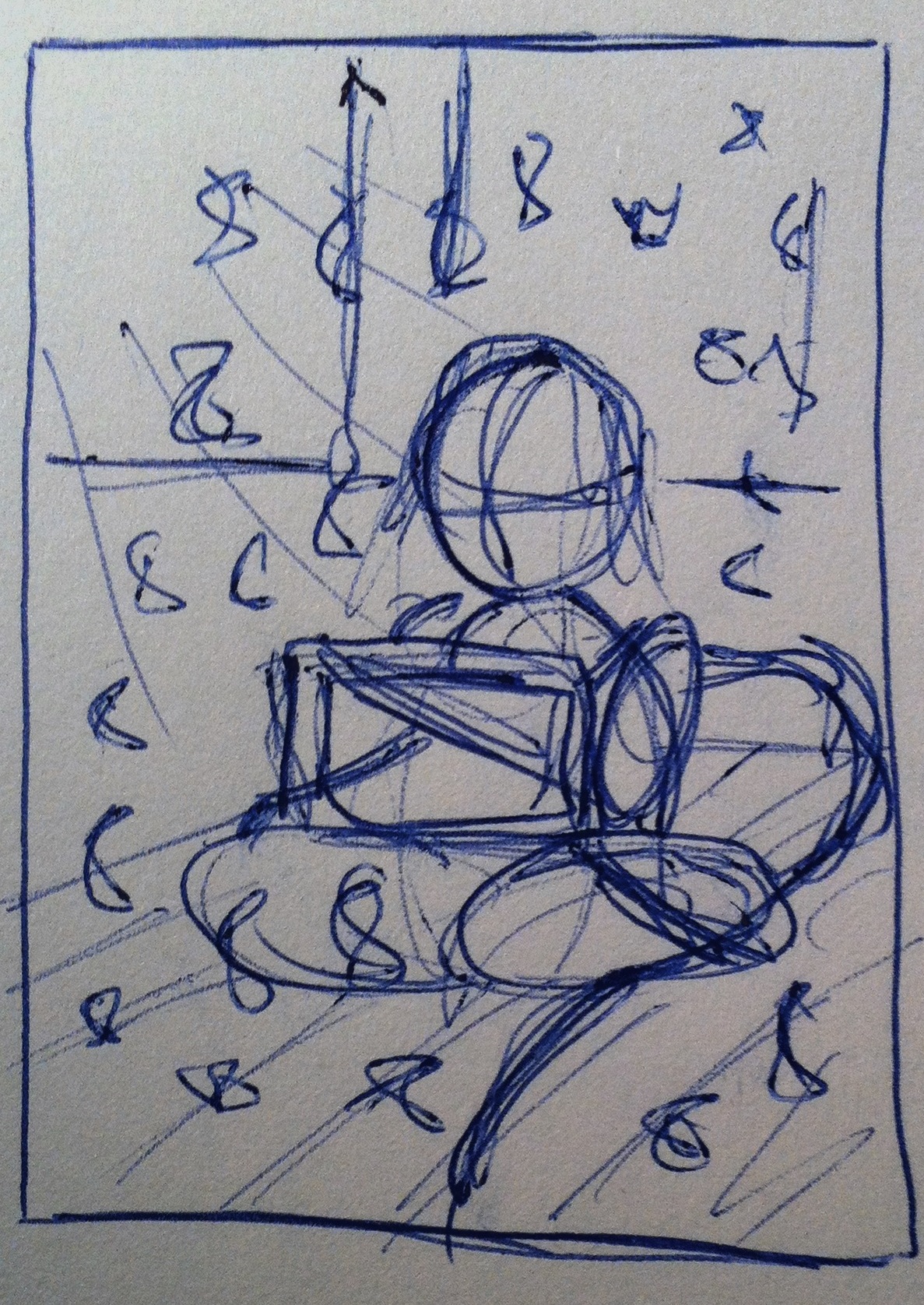 This is the process in which the first tangible version of the final image is created. Even though sketching and improvising are very similar steps, they have one major difference. While the improvisation phase (part of the first step, which was “collecting”) should be completely free of criticism, the sketching phase should involve a lot of critical thought. When sketching, it is important to concentrate on the big picture – too much focus on the details may take attention away from the work as a whole.

During this phase, you will be looking critically at your work and will remove any components that do not support the image as a whole. Similarly, you can, if necessary, add new elements to support the draft. A good rule-of-thumb is to remove all the “non-functioning” elements, as this makes the valuable parts more visible. Sometimes less really is more.

The story goes that Edison was asked how it felt to fail thousands of times before he finally invented the light bulb . Edison said: “I have not failed. I’ve only successfully eliminated ten thousand dysfunctional approaches. If Edison had remained in the drafting stage, it would only have resulted in one non-functional light bulb. That is why this phase is so vital in the creative workflow! The goal is not to just create something, but to create something of real value. 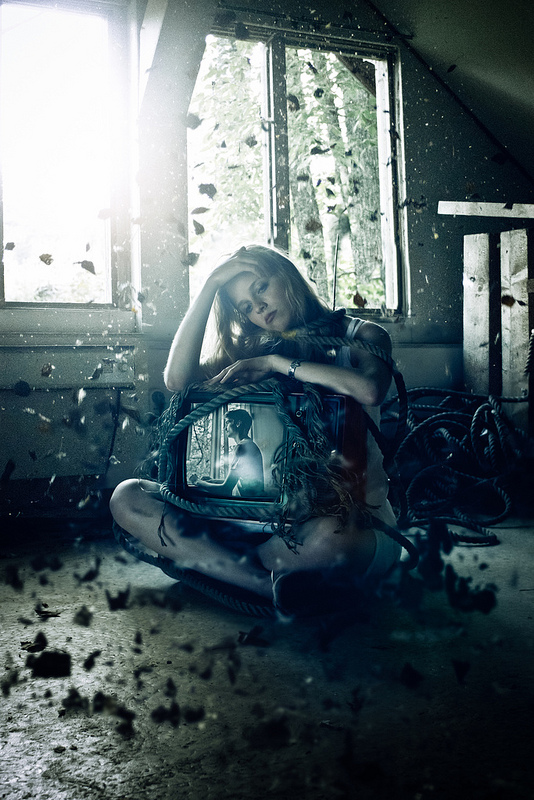 A very important part of creative work is knowing when to stop. There comes a point during the workflow, when you, the artist, have to decide that the work is finished. If you don’t do that, you risk falling into the trap of endless fine tuning and editing.

Once you decide that the work is ready, it’s a good idea to take some distance from the photo, and try to observe it as a whole. It’s also important to “sleep over it” and to return to the photograph after a day or two.

Finally, I’d like to remind you that technique alone will never be sufficient enough to make you more creative. Creativity is something that happens intuitively, through a long process of practice. The only “real” solution for boosting your creativity, is doing a lot of work. The more you try, the more you learn. Like I said in the beginning: Creativity is like a muscle. The more you use it, the stronger it gets!

How to Export to Email in Lightroom 4