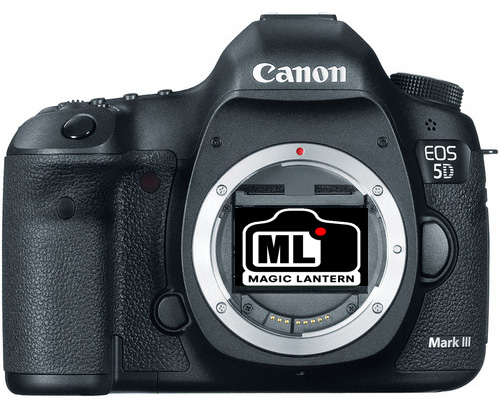 In case you needed any more proof that Magic Lantern is the real deal, look no further than the revelation that LensRentals.com has started offering Canon 5D Mark III bodies rented out with the popular firmware hack.

This may not seem like much news, but for a rental company to see enough of a market in Magic Lantern outfitted cameras to offer them its a big deal. It just goes to show that what the guys over there are doing is good and reliable. A company like LensRentals would not be offering ML outfitted cameras if it was not reliable and did not produce outstanding footage.

Magic Lantern has been on a tear since giving RAW recording capabilities to many of the Canon cameras supported by the ML firmware. First it was the 5D Mark III, and now RAW recording is available on many other cameras – most recently the Canon 7D. All of this begs the question, with all the popularity that ML has been receiving, should Canon take note?

I mean there is obviously a  market for the features, ML has proved that. If I were in charge over at Canon I would be all over this. Even if it was through paid firmware updates for specific special features, it would be a huge improvement over what Canon offers now. Heck, I would even be willing to pay for a “Canon Approved” Magic Lantern release; which would essentially be Canon releasing an in house version of ML thats use is covered in the warranty and is accessible through the standard menus.

What are your thoughts on this? Let us know in a comment below!