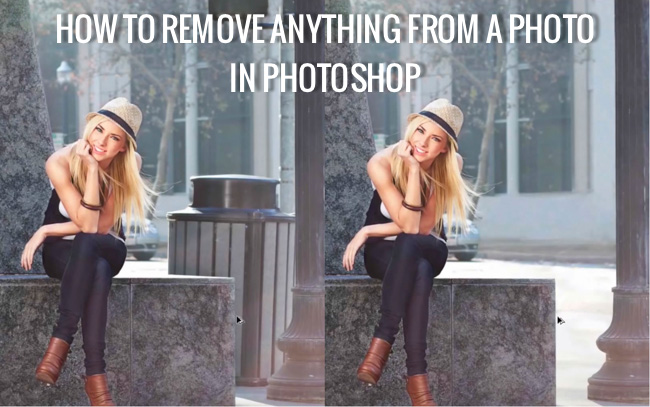 How many times have you taken a photo and not noticed something unwanted in the frame? Maybe a tree branch that appears as if it’s coming from someone’s head, or someone stepped into the frame who wasn’t meant to be there, or perhaps a set piece out of place, we’ve been there. Sometimes it’s due to negligence, sometimes you have no control over the matter, and other times everything else in the shot couldn’t be more right and you just have to get rid of that item. Well, Phlearn and Aaron Nace have put together a tutorial which illustrates methods anyone with Photoshop can employ to remove any unwanted thing from a picture.

[REWIND: A Sneak Peak Of A New Photoshop CC Feature]

In this particular instance, the objects in question are a rather obvious garbage can sitting too close to the model, and a light post. However, as those are the primary subjects, removing them effectively means removing any remnants of their existence, often in the form of cast shadows, or reflections. Aaron goes through the steps and tools required to do this, admitting the limitations, but explaining ways to get around them, or at least make the best of them. 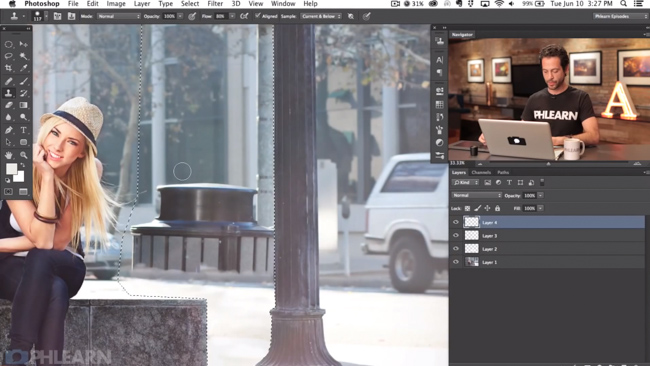 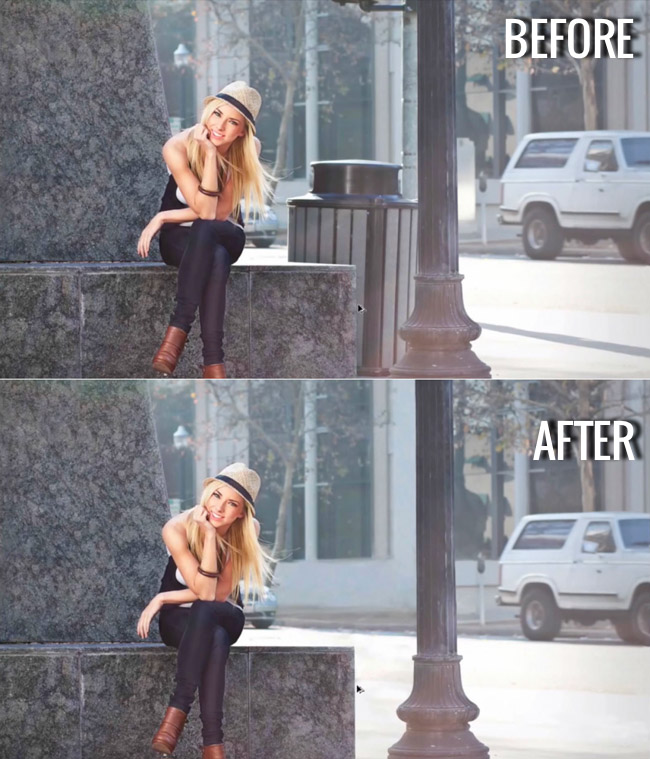 One of the best things about Aaron is the manner in which he brings across the material; unassuming, and not in the least bit patronizing. This episode is no different. Nace explains in his way, the tools to use, why, and possible substitutions.

I think most notably in this video, for me, is the acknowledgement of the artistic and creative resources Photoshop often requires from the user in order to render a quality edit. Using the example at hand, in removing the garbage can, there was left a sizable void behind it. Given the surroundings, it wasn’t possible to do direct cloning to reconstruct the area. Aaron, sensing the concerns, addresses how to think about and execute creating a fill for the void, complete with adding texture. The process requires technical skill, but also a keen artistic eye to finish it well. Anyway, it’s well done, and this is definitely a skill all photographers and editors should equip themselves with.

If you like this, and would like to become quickly adept at Photoshop, I might suggest having a look around our site as we generally post tutorials like this often. And to have a look at the Phlearn Photoshop 101 & 102 as they are comprehensive and will have you doing things with Photoshop you may have otherwise thought too complex, or didn’t even know you could do.

How To Combine Slow And Fast Shutter Speeds In One Image