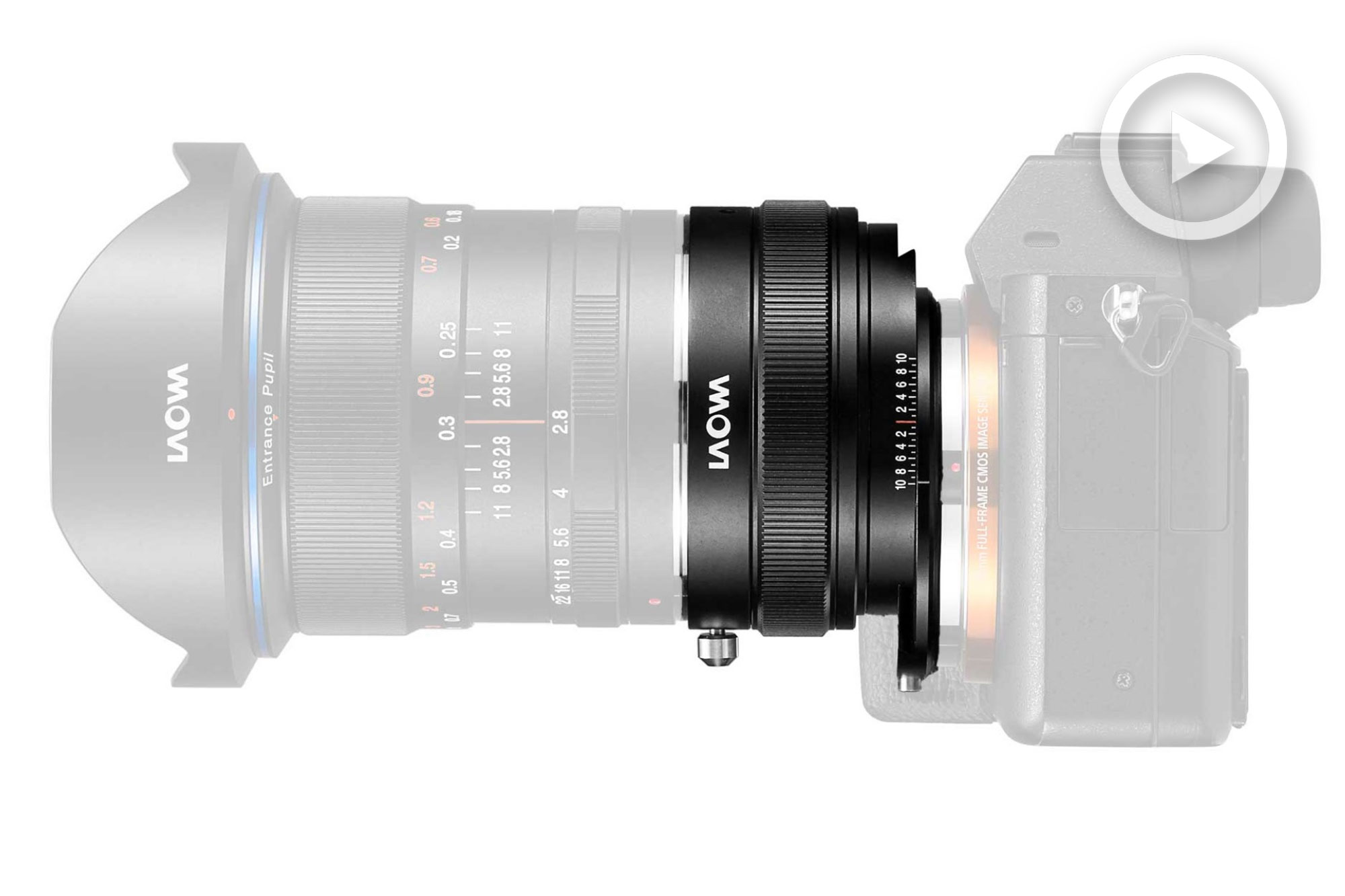 The engineers and designers over at Venus Optics make no shortage of waves in the photographic community. Venus Optics, the Chinese maker of the Laowa lens brand, not only has a perspective-expanding 15mm 1:1 macro lens, a 12mm (close to) zero-distortion wide-angle lens, and Magic Format Converter for the Fuji GFX system; they are adding perspective control to Sony E-mount cameras with the Laowa Magic Shift Converter. 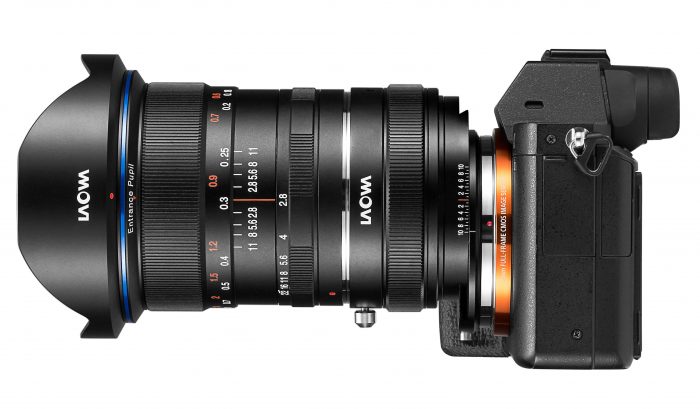 Avid architecture photographers and wide-angle enthusiasts will be familiar with the plight of converging parallels. No matter what elevation you seem to reach, it is never the right spot to get the perfect, correct image of a tall building. The Magic Shift is designed to be used with super-wide-angle Canon or Nikon mount lenses for Sony Full-Frame E-mount cameras, adding shift capabilities. 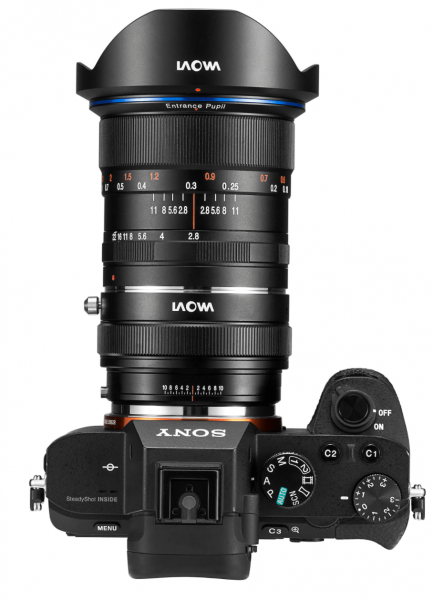 The expanded images circle allows for +/- 10mm shift capability with no vignetting even at maximum shift. In addition, the MSC comes with a 360° rotation structure which allows photographers to shoot in both horizontal and portrait orientation. 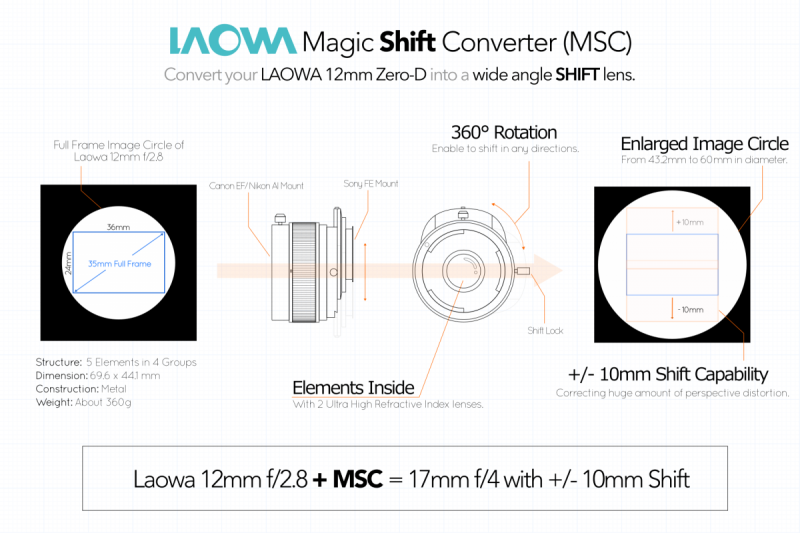 Venus Optics is poised to be the Aputure of lenses and converters. (Aputure, itself is making waves in video circles, offering high-quality lighting gear for budget prices)

The Laowa Magic Shift Converter is currently available to pre-order for Canon on the Venus Optics website. Shipping is expected to start in late July/early Aug; the Nikon variant should be available a few months after.