SLR Lounge > Photography News > News & Insight > KodakCoin Off To A Bad Start | Would You Trust Kodak With Copyright Tracking & Payment In KodakCoin? 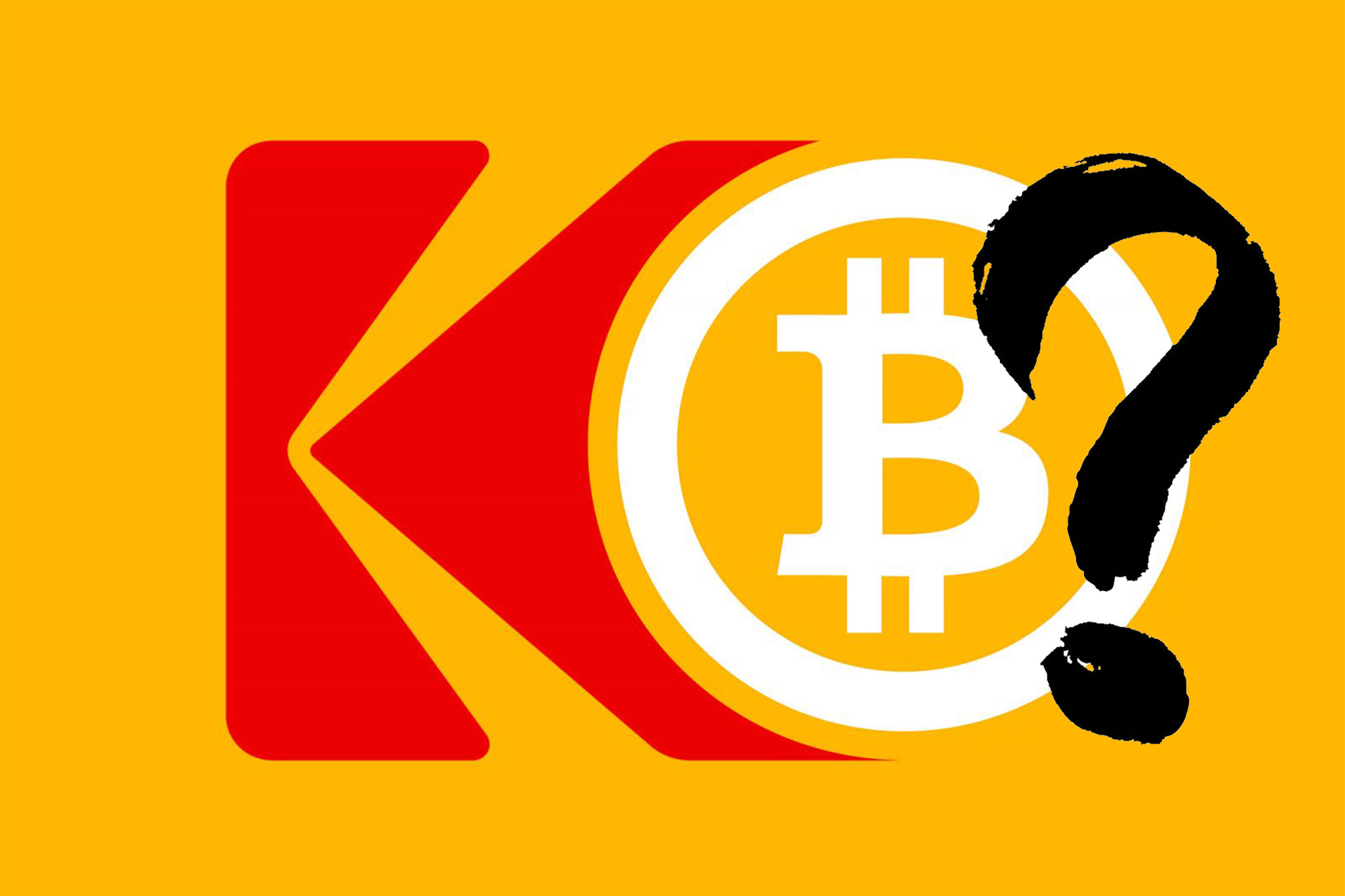 KodakCoin Off To A Bad Start | Would You Trust Kodak With Copyright Tracking & Payment In KodakCoin?

KodakCoin is not off to a good start. For those who have been keeping track, in a very unusual move, earlier this month Kodak publicized that it planned to introduce something called KodakOne, which is essentially a digital-rights/copyright management system for images, and in tandem with that plan, the idea was to mint its own digital currency dubbed KodakCoin which will be the currency KodakOne users would be paid in.

Why would they do this? It doesn’t take much to see that in recent months anything Cryptocurrency related has been big news, and just adding the word ‘crypto’ or ‘blockchain’ to ones business tag seems like the elixir of life, with the power to exhume companies and stock values that have all but died. This, would seem to be the reason for Kodak’s involvement. 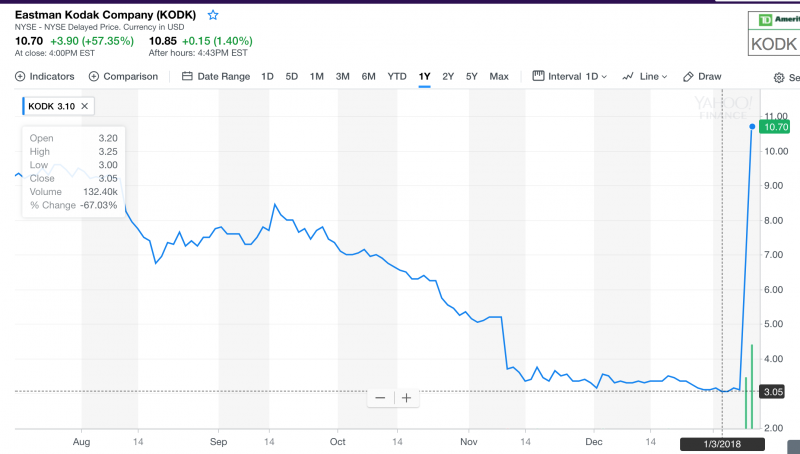 Eastman Kodak had once employed nearly 150,000 people, and was so ubiquitous in photography that there is hardly any ability to disassociate the two. But in 2012 the company filed for bankruptcy, and even in the face of selling off many of its valuable intellectual properties, like patents, and even assets like buildings. Kodak’s been in a bad way, but when they announced the KodakOne their stock value jumped over 200%, and it is there it has stayed since then. But that may change soon because KodakCoin was supposed to be launched today…but it hasn’t.

The ICO was speculated to raise some $20 million USD, and while there has been a lot of interest (Kodak claims 40,000 potential investors), there has also been no shortage in negative speculation and questioning surrounding it, in no short part due to the fact the company hasn’t really shed light on where that money was going to be used, and the validity of investors. And last night, right before the launch was to take place, Kodak used a lot of words in a press release to state what could be summed up as the following:

Offering will be delayed an indefinite amount of time but likely will launch in several weeks.

That’s not a particularly auspicious start to a new venture such as this, and with that statement the volume of doubters and critics of the plan has become louder, with words like ‘scam’ and ‘opportunistic’ being tossed around a little more than casually. 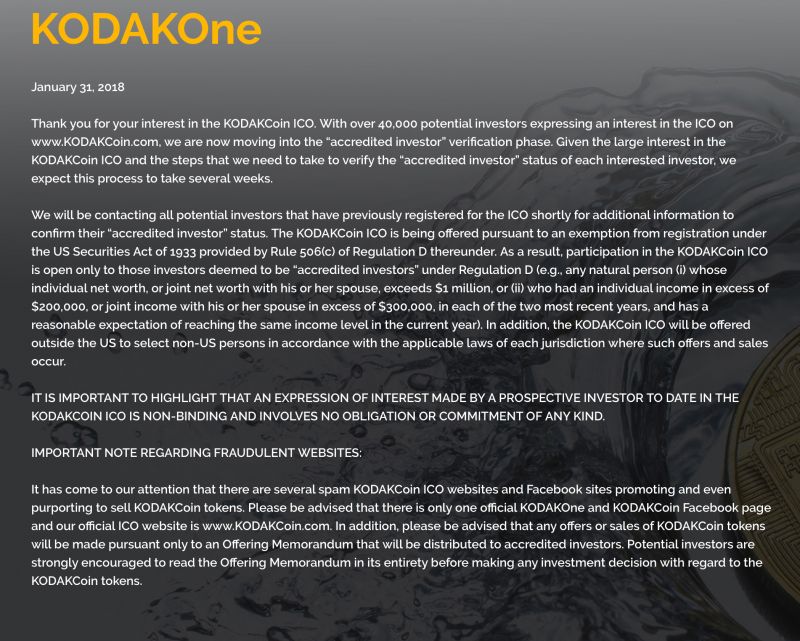 Blockchain technology is, in my humble opinion, a very good direction for attribution/copyright control within photography, an area where there is significant need. Blockchain’s mathematical ledger system that is the bedrock of crypto-anything is, it appears, sensible, which is why we’ve covered other companies who have been doing this long before Kodak decided it was of interest.

The jury is still out on whether Kodak is the company to go with, and furthermore the need to have a digital currency rather than just using blockchain technology is questionable. I mean, why would you want to get paid with KodakCoin versus another cryptocurrency, or just in your currency of choice? And that’s before we get into the fact Kodak will be renting out machines like the one below for people to mine for bitcoins (of which you’ll only be able to keep half and they get the rest plus rental cost)…

Kodak is selling a Bitcoin miner where you pay for a two year contract and “make a profit”. (*at current prices, Kodak gets half of all bitcoin you produce.) This is the dumbest shit I’ve ever seen at CES. pic.twitter.com/rbzECVEMn7

Looks like there’s a Flux Capacitor attached. Make of it what you will.

How To Be A Photographer For Yeezy & Amina Blue