May I have your attention, please? Out of all the pieces of tech and equipment I’ve been privy to seeing, testing, using and abusing over the last year, there are two that stand up and out as truly marvelous. Neither is made of frankincense or myrrh, and both are actually a bit geeky, but damn do they ever get used! In terms of gear it’s the DxO One, and in terms of software, it’s JPEGmini. But where the DxO will likely be trumped in a year or so by a younger blonder version, it’s hard to imagine JPEGmini can get much better.

For those of you who don’t know, JPEGmini is, at its heart, a program that compresses your JPEG files to the utmost point before losing any perceivable quality. That’s all it does, and it does it without much fanfare. Like a worker ant, it just falls into line with your workflow and gets on with the job with a manner of efficiency not typically found outside a Japanese car factory. If it were a Japanese worker, it would surely be prone to Karōshi (death by overwork). 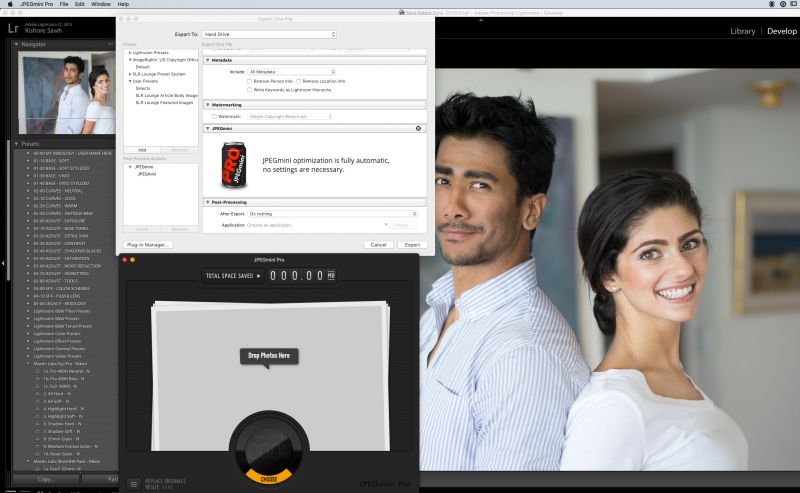 The software comes in 3 varieties: JPEGmini, JPEGmini Pro, and JPEGmini Server. The original is a stand-alone desktop application and works as easy as drag and drop. You drag photos in, it spits them back out significantly slimmer. The Pro version, however, has an indispensable tool in the form of a Lightroom plug-in, so anytime you export your images from LR as JPEGs it runs the software for you, and it supports JPEG files up to 60MB fast and without fuss.

However, since it’s in LR, if you’re working on a TIFF file or RAW file you can still export it as JPEG and it will convert and optimize. It’s brilliant. Well, now, as of today they’ve released a new addition to the Pro package, a Photoshop Extension, and it’s lovely. For those who don’t live inside Lightroom all the time, or perhaps you use Capture One, or maybe you don’t do bulk images and you work largely with PS, it’s a Godsend.

Recap Of How JPEGmini Works

Last year at PPE, I sat down with Eli Lubitch, previous VP at Kodak and R&D at Scitex, an image scientist, and now President of BEAMR which makes JPEGmini – a bit of a brainbox really. For about half an hour, using words I didn’t know in ways I didn’t understand, Eli tried to explain precisely how JPEGmini does what it does until he no doubt noticed the lights behind my eyes went out. So, in the least patronizing way, he broke down really what JPEGmini does, and how it behaves,

We will stop short only just before there are any noticeable visual artifacts to humans because that’s what the quality measure is aligned with. Other compression technologies in programs such as Lightroom and Photoshop will ask for a percentage or some quality parameter. With JPEGmini they don’t ask any questions, so sometimes they’ll save 90% and other times it’ll be 70% or 60% because the algorithm commits only to the quality.

It’s hard to explain just how remarkably accurate his words were and how remarkable the software works until you try it. Resizing photos, depending on the size and software being used can be tedious and slow, but JPEGmini utilizes all CPU cores in your computer so it’s also really fast, in a way Lightroom just isn’t. I can sit here and list percentages to you till the cows come home, but the proof is in the pudding. It’s good, and If you use it and give it an honest run, you’ll see for yourself just using one image. 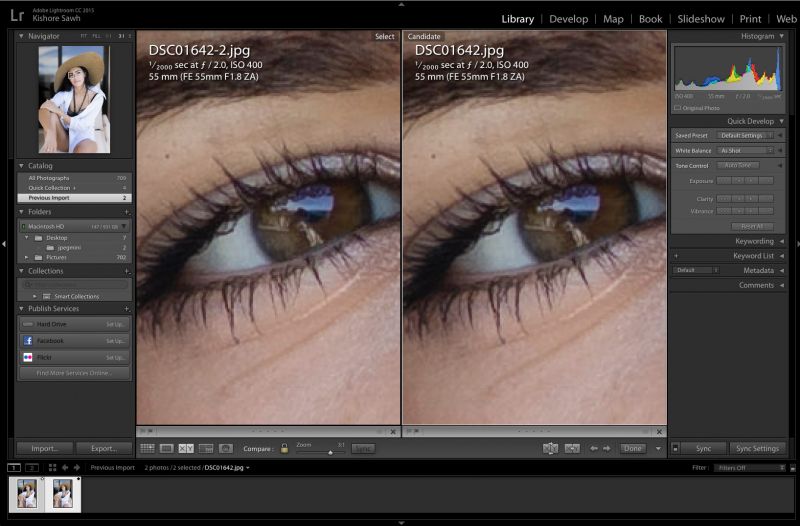 The Photoshop extension is as easy to install as any other PS extension, and when you’ve re-opened Photoshop, you just go Extensions and choose it, then you can secure it to wherever you’d like within your Photoshop landscape. To use, it’s as simple as a click. All you do when your file is ready is select the extension, and hit ‘Export with JPEGmini’ and you’ll see the space saved for that image, the reduction ratio, and total space saved.

Exporting with Photoshop can be a bit annoying at times, but this, this is a breeze. Even if you’re working with a raw, TIFF, PSD file, hit export and JPEGmini will convert to a JPEG, optimize it, and export it to your desired location. As an example, I opened a TIFF of 144MB, and after export it was 2.1MB. Now, the extension said it only saved 3.7MB, and that’s because it’s judging from the time it converts to JPEG, and it took all of about 2 seconds.

[REWIND: YOU CAN GREATLY SPEED UP PHOTOSHOP WITH A CLICK OF A BUTTON, BUT CONSIDER THIS…]

The quality is truly incredible and I highly recommend JPEGmini to any creative with a blog, site, digital portfolio or whatever. You will save space at little to no sacrifice in discernible quality, and your sites will load that much faster. You can see my original review of JPEGmini here, and you can get the whole lot right now over at JPEGmini. You really should.

*Note: IF you’re already a JPEGminiPro user, this new Photoshop functionality will be available to you for free!

3 Important Tips About Pricing Your Photograpy Business From Sue Bryce