According to Deadline, MGM has acquired Johnny Depp’s new film “Minamata” where he represents W. Eugene Smith‘s photo essay on the mercury poisoning in Minamata, Japan.

In a drama inspired by a true story, Depp plays Eugene Smith, a famed photojournalist who has disconnected from the world but takes a final assignment from his Life Magazine editor (Bill Nighy). He travels to the Japanese coastal city of Minamata, where locals have been ravaged by mercury poisoning from chemicals dumped into the waters by a factory. He’s accompanied by a Japanese translator (Minami) and encouraged by a local villager (Hiroyuki Sanada) as he helps expose decades of gross negligence by the Chisso Corporation. – Mike Fleming Jr

[Related Reading: ‘Kodachrome’ The Movie Is Here & Here’s The Trailer | An Homage To A Legend]

Smith traveled to Japan in 1971 and only intended on staying for a few short months, but he ended up staying for three years in order to produce his photo essay on Minamata, which ended up being his last before his death in 1978. Of the thousands of images produced over those 3 years, the most famous, or infamous, due to it’s stirring and dramatic content is the photo Tomoko Uemura in Her Bath (possibly NSFW), showing Ryoko Uemura with her tragically deformed daughter in a Japanese soaking tub.

This photograph is among the most profound ever made: beyond a particular horror and tragedy, the image has come to represent compassion and humanity. Whether the universal takes precedence over the particular is, of course, a question that may never be answered satisfactorily for everyone…All good intentions aside, it would be a disservice, I am convinced, to deprive the world, or Gene, of that moment. —Jim Hughes digitaljournalist.org

For years the Chisso Corporation had dumped methylmercury and other toxins into wastewater that entered the Minamata bay which led to terrible birth defects and health issues for its residents. After many years of tireless work from activists, the government finally acknowledged the problem. 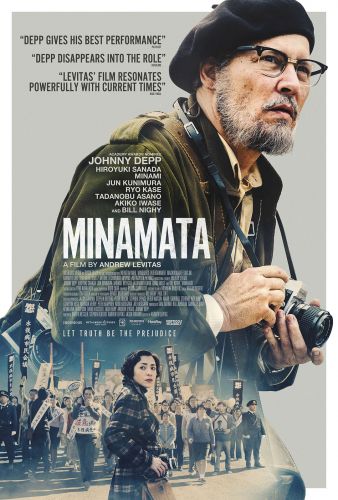 To learn more about Smith’s work be sure to visit the ICP’s archives here or the wiki page dedicated to him here. The Andrew Levitas-directed film is slated for a February 5, 2021 release.