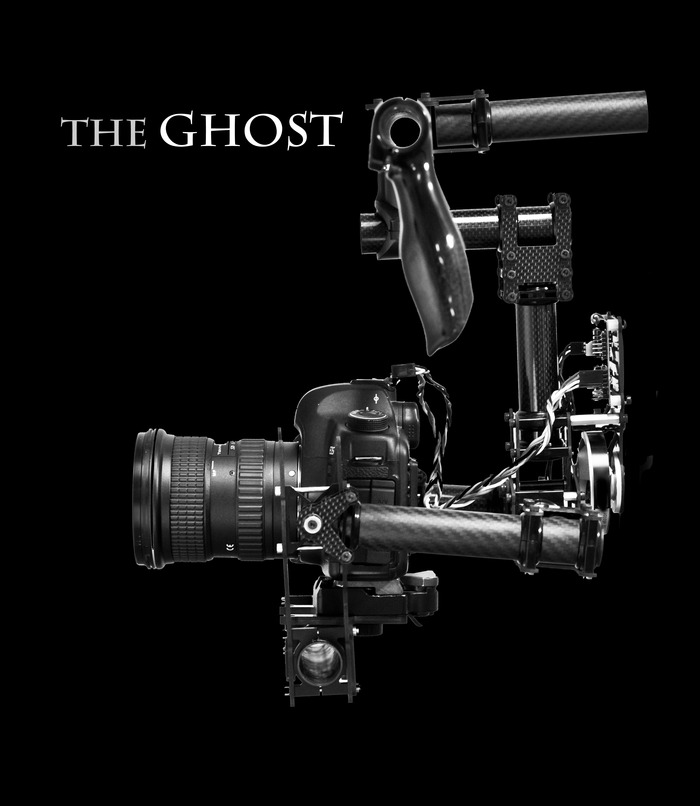 I can already tell what you are thinking, I am thinking it myself. Another day, another MoVI clone. Yes, yet another 3-axis gimbal based camera stabilizer is poised to hit the market since quadrupling their Kickstarter goal of $20,000, that stabilizer is called the Ghost.

I have to say, the Ghost looks to be a pretty solid product. The footage shown in the kickstarter video is smooth and the product itself looks to have a high build quality. If I had not seen so many MoVI clones announced over the last few months I would probably be much more excited about this one. Take a look at the announcement video below.

As I briefly mentioned in the opening paragraph the Ghost has already secured the $20,000 that they were hoping for. In fact they have quadrupled that, and are nearing $90,000 with 4 days remaining on their Kickstarter campaign.

One of the interesting things about the Ghost is that they are selling both “assembly required” and pre-assembled versions of the product. So if you want to save a few bucks you can purchase the kit and build it yourself. Neat deal for those of you who feel confident enough to take on such a task. It looks like the Ghost is going to retail between $1800 and $2200 depending on which package you purchase.

If you are interested in getting in on the action the Ghost has 4 days remaining on their Kickstarter campaign, so head over there and show your support.

How to Shoot Documentary Style Interviews