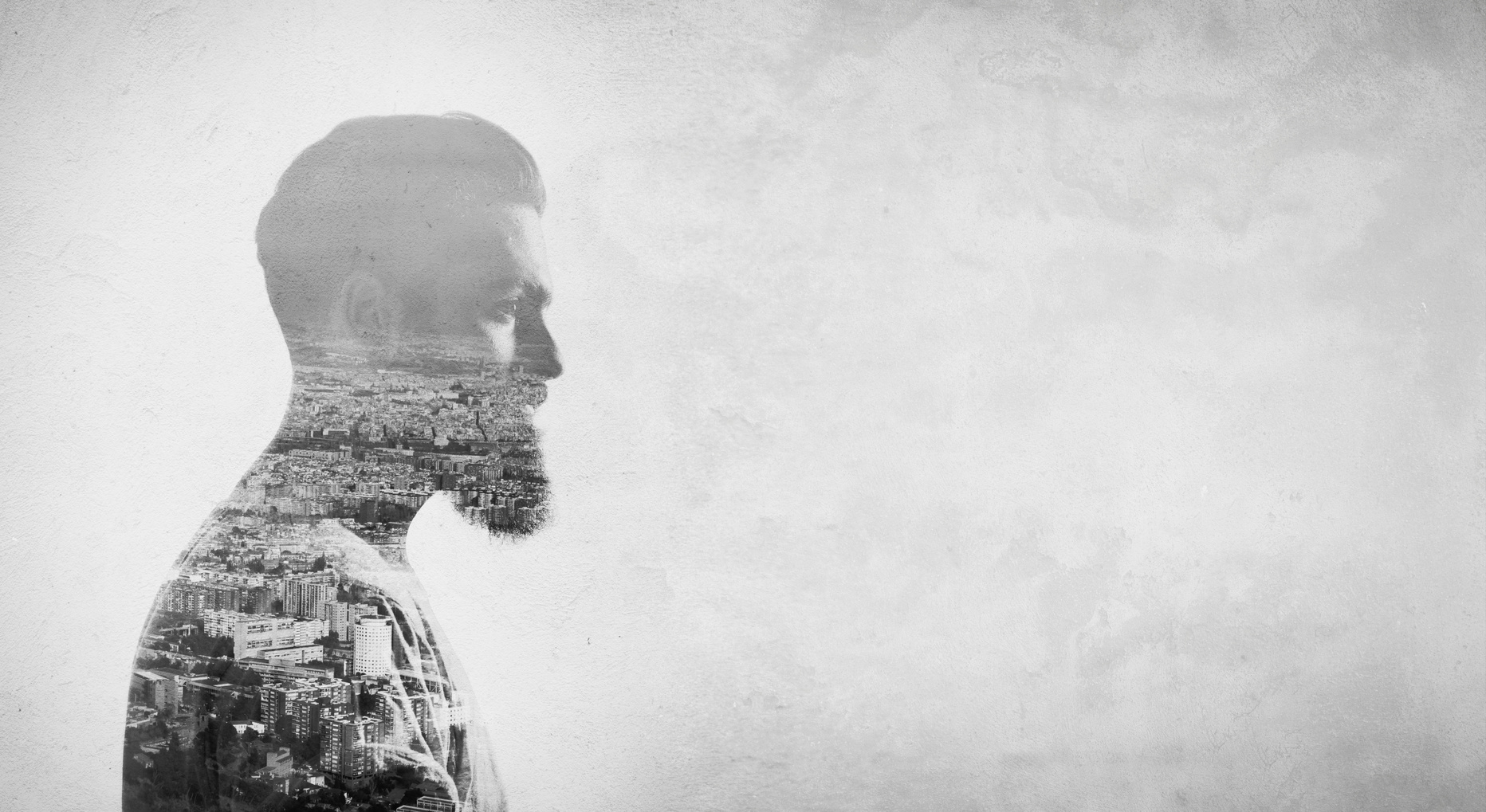 Ideas to Inspire Your Next Double Exposed Photograph

Double exposed images are the type of photos that make you do a double-take.They are captivating, evocative, and they invite you in for a closer look. Just like comedies and dramas are both genres of movies, double-exposed photographs are a genre of photography. In this article, we’ll show you some double exposure photography ideas to try on your next shoot. 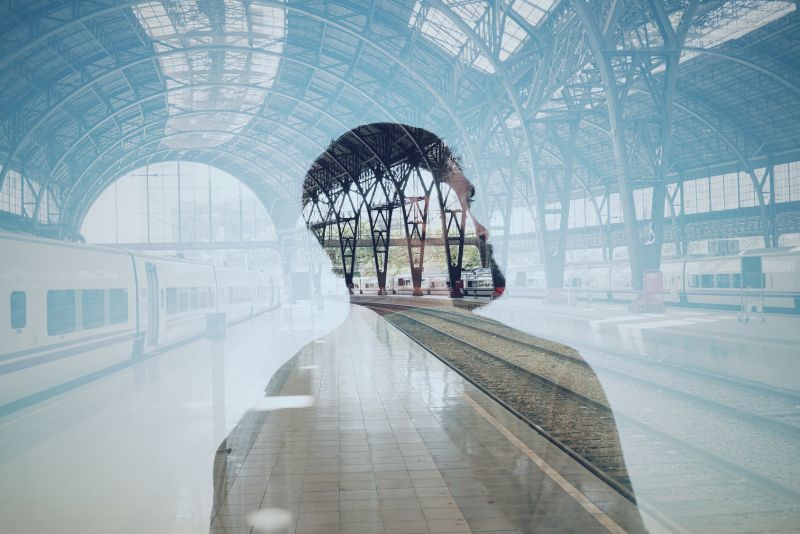 This style of photography used to be an intricate process that could be done on film, either within the camera or in the darkroom by developing two exposures in one frame. However, this process required a lot of planning—getting the frames to match up perfectly was rather tedious. Now, old 35mm cameras are a thing of the past, and the majority of digital cameras currently on the market don’t have this built-in feature.

Fortunately, in today’s digital world, we can easily superimpose two digital images with a little help from photo editing software. Adobe Photoshop has a large arsenal of tools that can help create and enhance double-exposed images, but there are many other similar photo editing programs available, like Pixlr, GIMP or Paintshop Pro to name a few.

The process of making a basic double-exposed image in a photo editing software like Photoshop is simple. First, you need to select your images. The base image can be anything of your choosing. However, if you are just starting out, a dark base image with a rather neutral background and minimal details are good guidelines to follow. Dark portrait shots are commonly used for the base.

The second photo is the brighter image that gets layered on top of the base image. This image can be anything that is abstract or has lots of intricate details or texture. Landscape photos, flowers, clouds, forestry, trees or urban architecture are a few examples.

Once you have selected your images, you can open them in your photo-editing software. You can then copy and paste and move your second photo on top of the base photo so that they are on the same canvas.

In Photoshop, select the second photo layer in the Layers panel and change the Blending Mode from ‘Normal’ to ‘Screen.’ This setting creates the double exposure effect right before your eyes!

Keep in mind, this is just a basic approach and there are many methods and adjustments that can be done to make a truly unique double-exposed photograph. The more you experiment with the tools and effects, the more creative your image will be.

For starters, it may be helpful to work with stock images. Once you get a better handle of combining two different images, you will have a better understanding of what photos complement each other so that you can photograph these images yourself. After all, original photos hold much more meaning to a photographer.

Here are some double exposure tips and ideas to spark some inspiration: 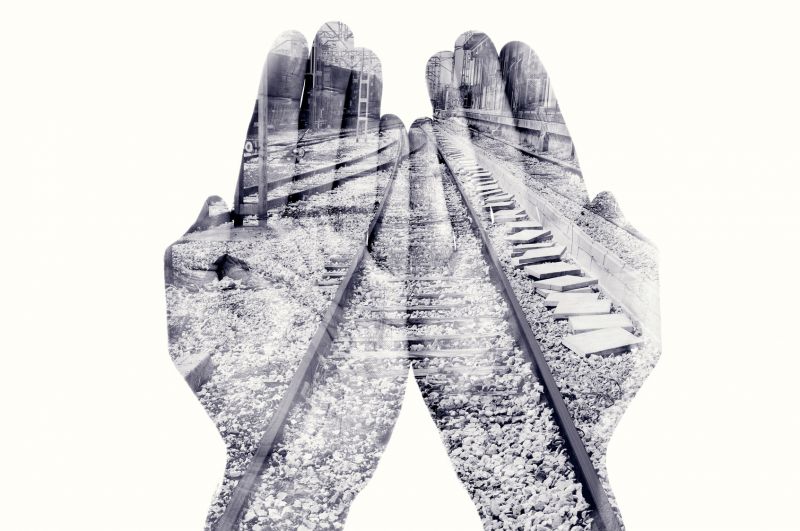 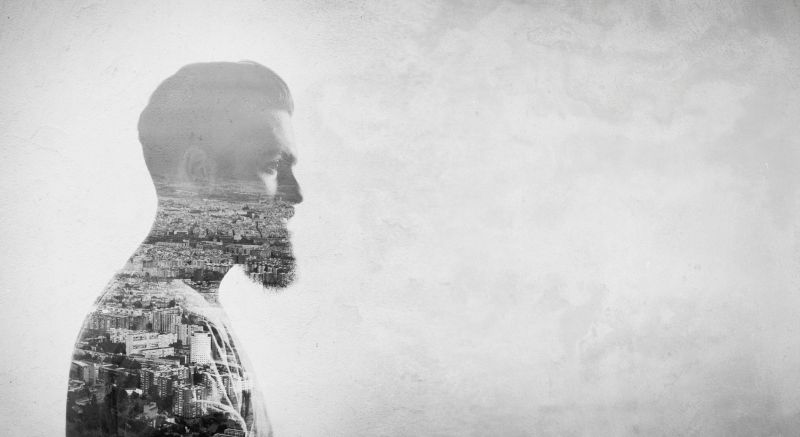 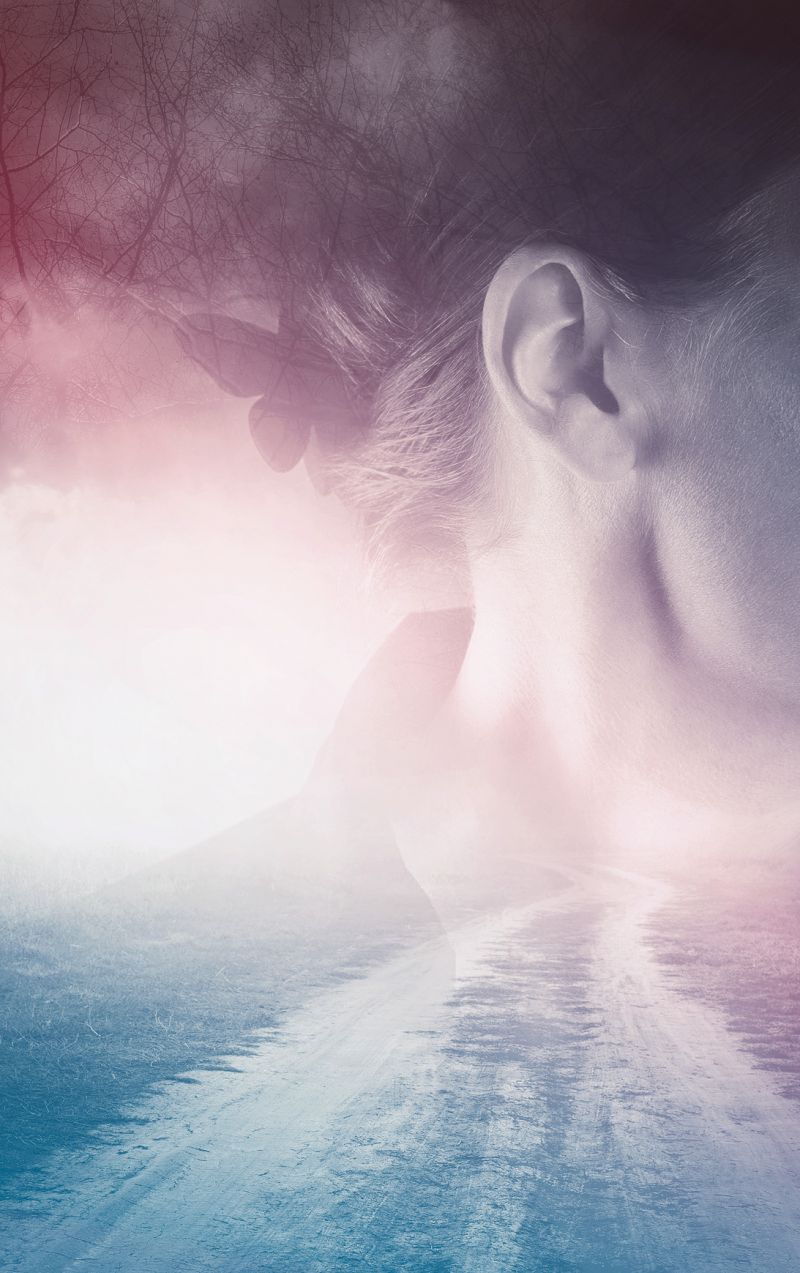 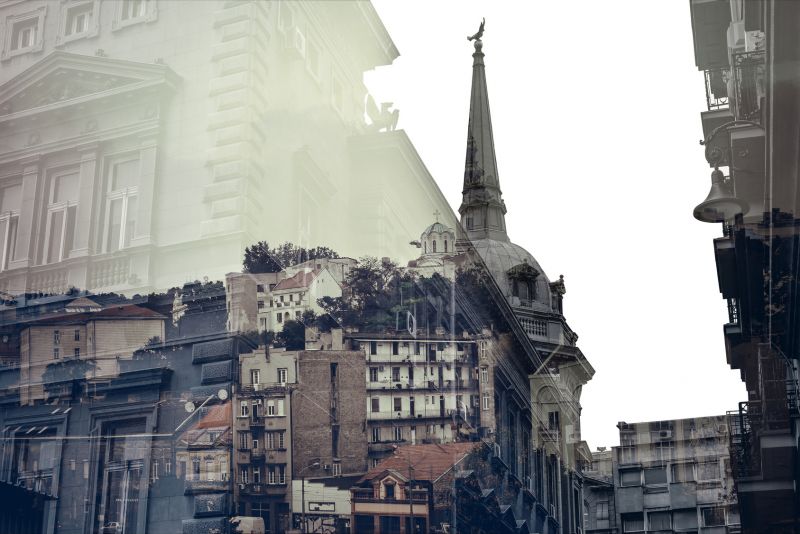 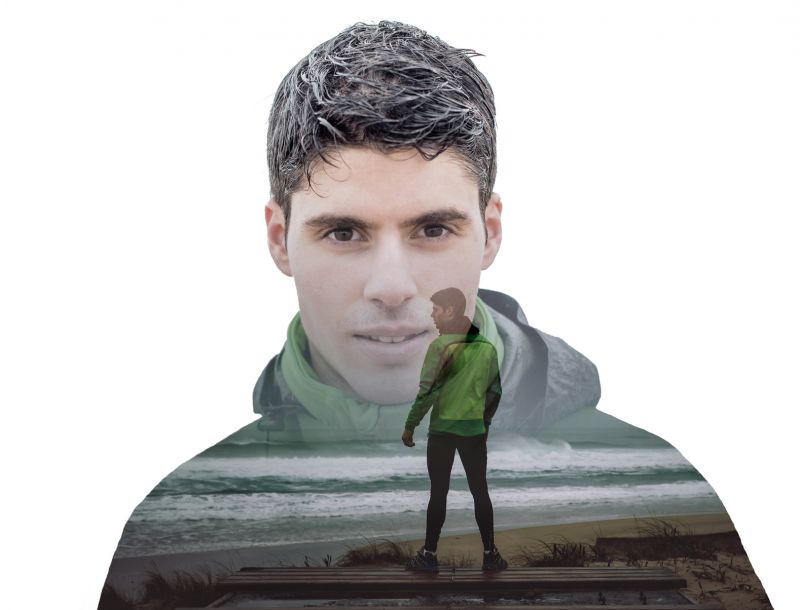 Double Exposure as an Art

The double exposure method of combining images provides a way for photographers to play around with a different style. It can result in whimsical and captivating art to adorn your walls or to display on your home digital picture frames. 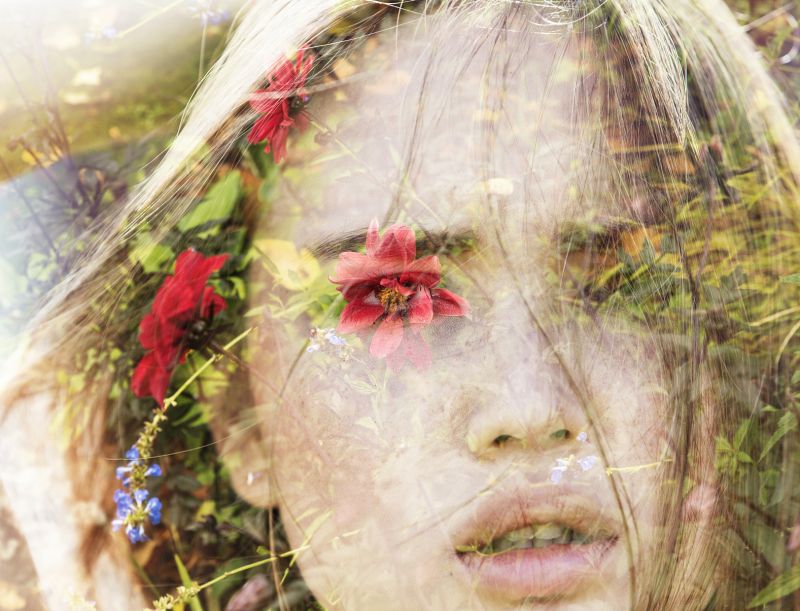 Many believe that double-exposed pictures always need to carry some type of interpretation or have some type of meaning. For instance, a double-exposed image of a young girl mixed with a shot of flowers highlights how they are both delicate in nature. On the other hand, a close-up of leaves and lumber meshed with cement bricks are unrelated things but together can insinuate environmental awareness. 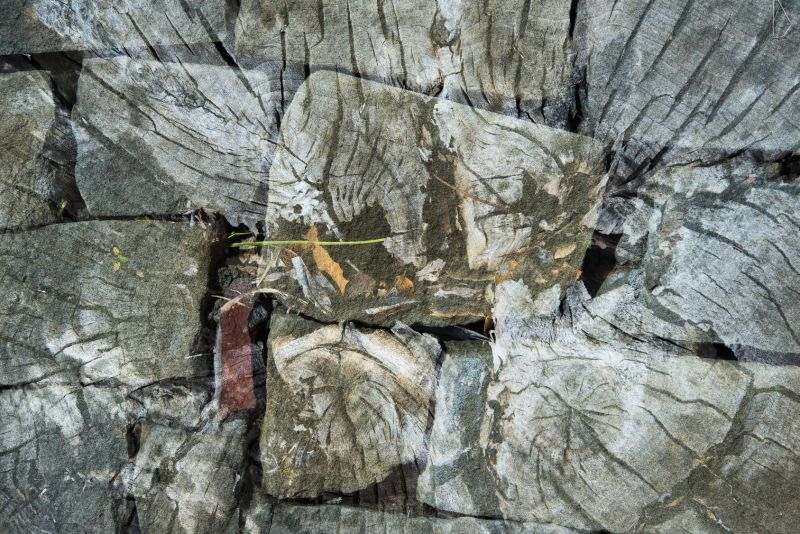 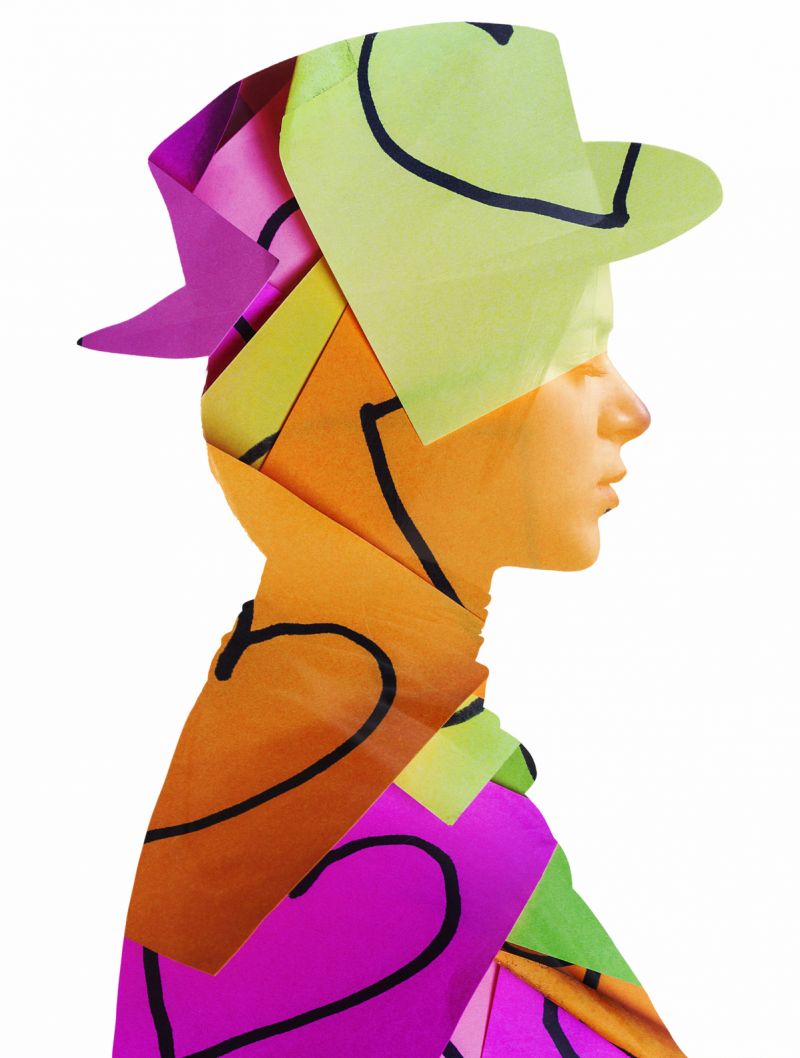 You can find meaning in two images by forcing a relationship between them, or you can take two completely irrelevant images and combine them together to form something that is interesting and entirely you. A picture of a woman in a top hat combined with a shot of neon post-it notes may seem like a random mix, but you’d be lying if you said it didn’t grab your attention. The bottom line: Let creativity be your guide. If a picture is worth a 1,000 words, then a double- exposed picture is worth 1,000 words more.

Daphne Lefran has been writing about photography for many years and currently writes on behalf of cloud digital frame providers at Nixplay. In her spare time, she enjoys capturing moments through a camera lens, traveling to new places and cheering on the Florida State Seminoles. Follow her on Twitter @daphnelefranor find her on LinkedIn.