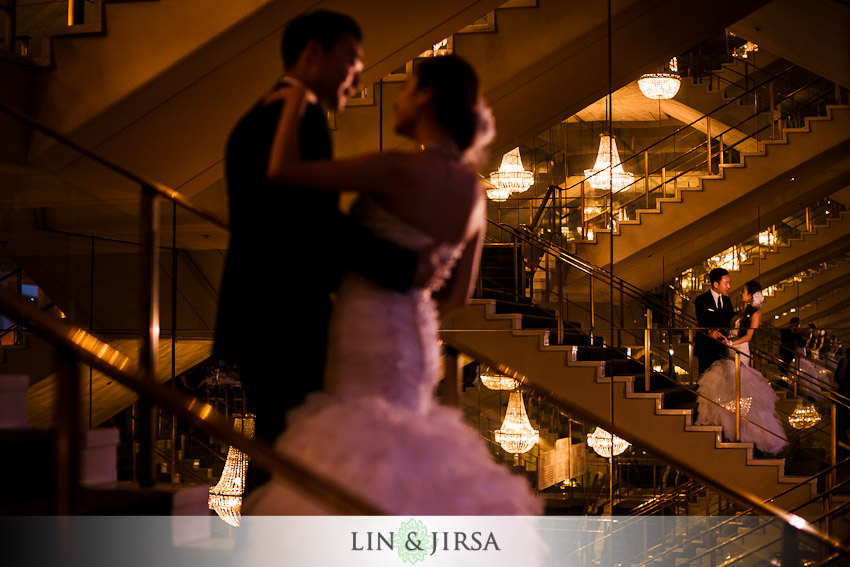 How We Shot It – Infinite Triangles with Tungsten Hot Lights

This past weekend we shot a wedding in Downtown Los Angeles in the Dorothy Chandler Pavilion. The venue was absolutely gorgeous, in fact, we could have spent an entire day just shooting around the property. One of the most striking scenes in Dorothy Chandler was the main staircases which were surrounded on 3 sides by mirror walls.

The scene was absolutely breathtaking, but like most scenes with this level of grandeur, the question is how do we capture this scene and beauty in a single frame? Often times we look upon an amazing scene that loses much when translating the scene from in-person to in-camera. I knew that if I shot the scene wide, that I would most likely lose the impressiveness of the scene by trying to capture too much.

So, instead my goal was to focus only on one portion of the stairs and mirrors. After a brief walk through of the scene, I noticed that when I shot the scene from a 45 degree angle it reminded me a bit of one of my favorite M.C. Escher drawings “Relativity”. From that angle, I could capture the infinite reflection as well as capture the staircases at an angle that created triangles (which are pleasing compositional elements). So I posed the couple, and focused on their reflection in the right side of the frame. If you look super close, that small dark thing on the very right edge of the frame is me and my camera (which we will Photoshop out later). 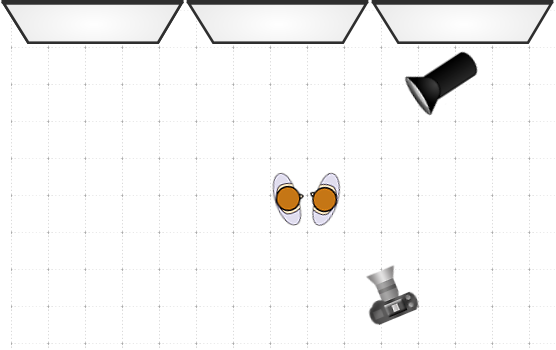 My camera was a Canon EOS 5D Mark III equipped with a Canon 50mm F/1.2L lens

and set to the following:

The lighting was simple, I just had my assistant hold 2 tungsten colored video hot lights off of camera right just out of the frame. Really any tungsten hot light will work for this shot.

How It Was Processed

Processing was simple and was completed in Lightroom 4 using the LR4 Preset System. We just added a bit of contrast, warmth and adjusted the crop a bit.