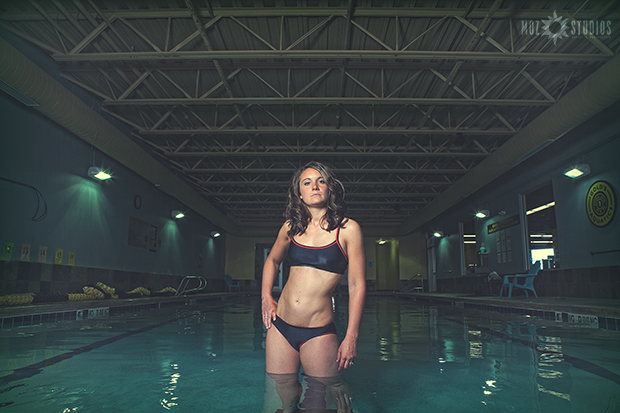 In my never ending quest to market, find “my” clients and get my images in front of people I came up with this idea to try to kill three birds with one stone.

One of my good friends was the manager of our local Gold’s Gym so I approached her with the idea of my employee of the month program. There is not an employer on planet earth who’s employees would not love a nice perk that showed what they do, day-in and day-out, is appreciated by the company.

The program was simple. She just had to pick an employee she wanted to highlight and I would do the rest. I told Mandy (the manger) that I would not charge her a penny for anything and I would even provide the print and frame. All she had to do was hang the image in a prominent area where all the members would see it and allow me to hang marketing material in the men’s and women’s locker rooms.

She was down with the idea so we rolled with it! The first employee they picked was one of their Aqua trainers. I was pretty excited because right away I knew what I wanted to do. My goal with the shoot was to portray her as a strong, confident, and beautiful woman. I wanted her in the pool; but the side I had to shoot from was the deep-end. So we had to figure out how to get her out of the water enough to shoot her. We ended up taking a couple of the plyoboxes from one of the training rooms and stacking them in the pool until we had the right height.

For this image, I really wanted to make the environment a big part of the image. I really liked the struts in the ceiling and lights on the wall. I thought they would make sweet leading lines. I decided to use my 24-70 so I could get the whole pool area in the shot. I also wanted to make sure I brought all of the environment out so to chose to shoot at F10. The pool area was not well lit; and I didn’t have a way to light it up, so I knew I would have to shoot a little slower than normal if I wanted to be at F10. In the end, I shot at a 40th to get the exposure I wanted.

I decided to use an Alien Bee 22″ white beauty dish

with the diffuser sock on it to bring Emily out in the image. I wanted some directional light on her to try to give her some depth so I move the light to the left a little till I got some contrast, but at the same time not split lighting her or clipping the shadows. Once I thought I had the light the way I wanted it, I took the shot.

In the end, I was really happy with the final image. I really thought I reached my goals that I had set for the shoot; ands more importantlys Mandy and Emily were very happy with the image as well!

This was a very simple lighting setup. The lighting was a one-light set-up using a 22″ Beauty Dish with diffusion sock.  See the lighting diagram below! 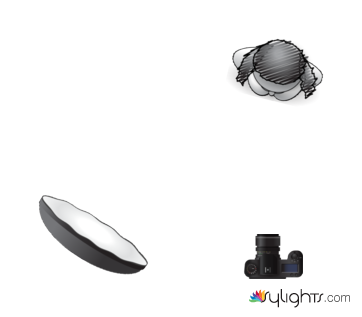 Craig LaMere is the owner of Moz Studios in Pocatello, ID. Craig is a Glamour/Fashion/Senior shooter. Moz Studios pride themselves on flexibility, creativity and excellence.