SLR Lounge > Inspiration > Tips & Tricks > How I Shot it: “Summer” from the “Beauty for All Seasons” Beauty Concept Shoot 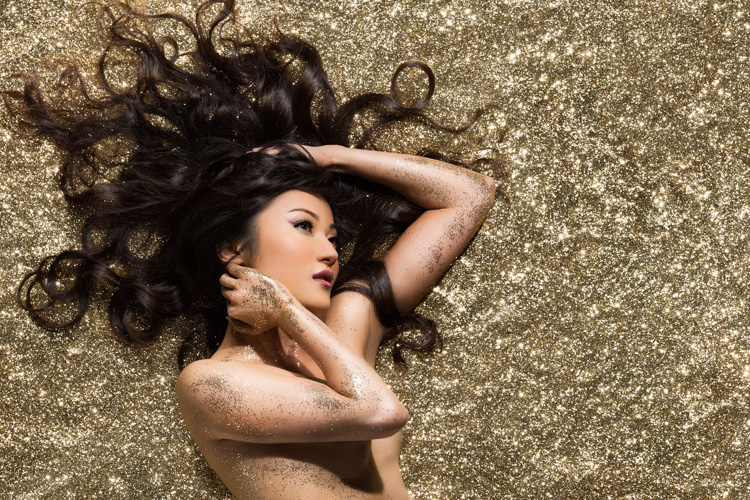 How I Shot it: “Summer” from the “Beauty for All Seasons” Beauty Concept Shoot

Welcome back to the second series of my Beauty for All Seasons photoshoot, a concept shoot that portrayed the seasons through beauty, color, and light. In my previous article, I went over the how I shot and lit the Spring image. 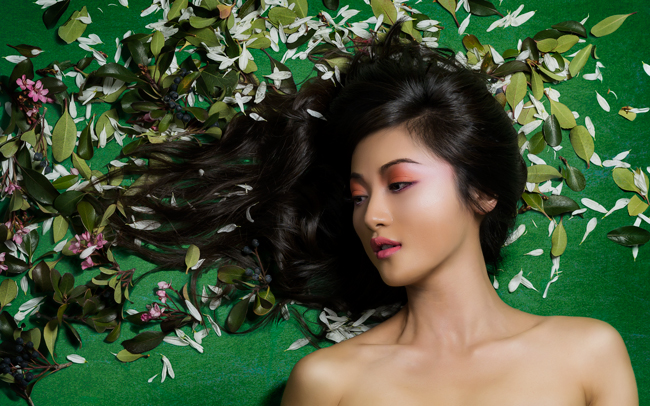 The Concept and The Set Up for the Summer Shoot 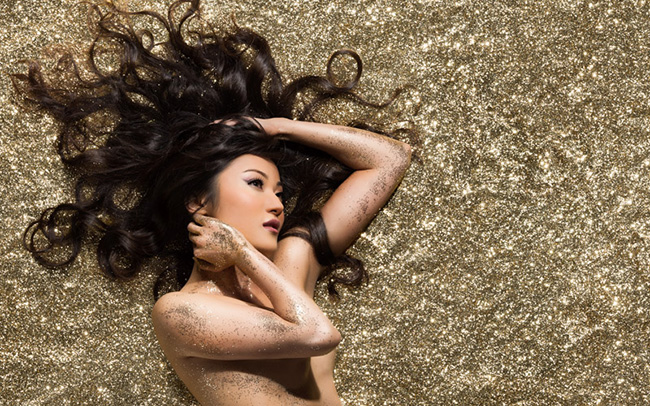 Just like the Spring shoot, I shot the summer image from the second story balcony with a 160mm focal-length lens to compress the image and give a bird-eye-view.

For the Summer shoot, I wanted to replicate the brilliant sunlight. For me, summer is all about the beach and the beautiful women basking in the open sun. Rather than just using sand, I used $50 worth of glitter for the sand to further accentuate the sun light.

Unlike the soft, feathered light that I used for the Spring image, the Summer image is large hard light meant to simulate direct sunlight. Even though the light will be hard, I also want to make sure the light source is not small, so I employed a bare bulb Einstein monolight as key. Right behind it on the same axis, I used another Einstein with an open Paul Buff Extreme Silver 64″ parabolic light modifier umbrella at 1/3 stop less light. It is both a large source of light and a relatively contrasty light, as well.

Finally, I had my assistant hand-hold a third Einstein with a 7″ gridded reflector for hairlight. 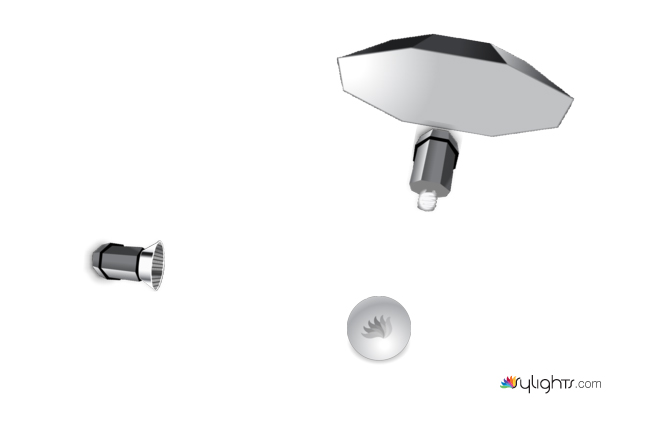 Before and After Image 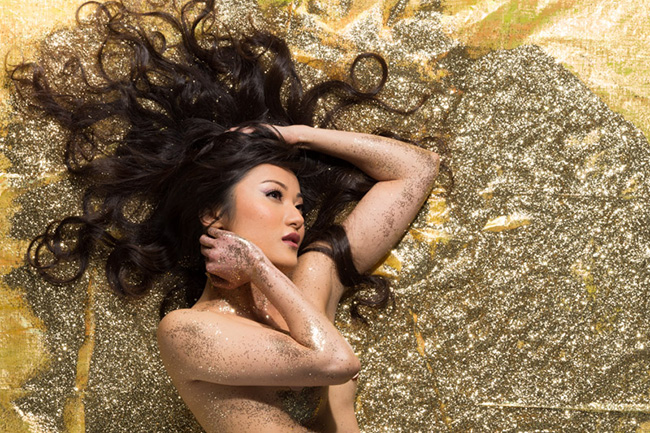 Even with $50 of glitter, I still did not have enough to cover the tarp that my model is laying on, so I had to clone a lot of the glitter gold from this and several other shots. Finally, I used my retouching workflow that I will cover in a future article.

Here is the finalized image. You can click on it to see a larger version of Summer.

Be sure to keep stay tuned to see how I light and shoot the rest of the Seasons shoot! You can also see more of my work at Fotosiamo.com

How To Prepare Clients for an Engagement Shoot | Jasmine Star