SLR Lounge > Inspiration > Tips & Tricks > How We Shot it: Lighting an Environmental Scene with a Hidden Light Source 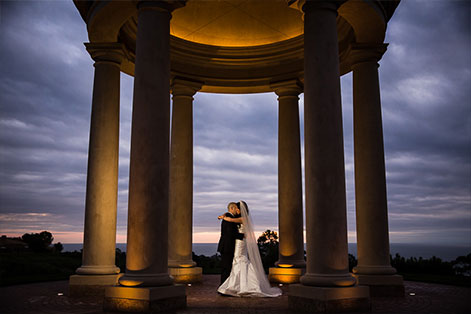 How We Shot it: Lighting an Environmental Scene with a Hidden Light Source

Lighting a large environmental shot can be a challenge. You can always shoot a composite plate without the light in the photo and clone out the light stand in the original shot, but there are times where this may not work. In this tutorial, we show you how using your surrounding can help you stage your lighting without having to rely on cloning out your light source.

This wedding took place at the wonderful Pelican Hill Resort in Newport Beach, CA. The vision that we had when we were planning the wedding day shoot with the couple is to have the couple’s first dance under the rotunda. This is a grand shot that incorporates the gorgeous rotunda and the striking skyline. This tutorial will talk about how we shot it and the follow-up tutorial will talk about how we processed it in Lightroom 4 using the SLR Lounge Lightroom 4 Preset System. 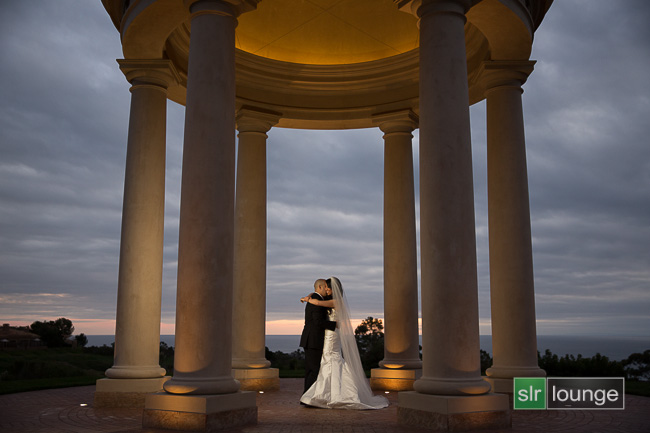 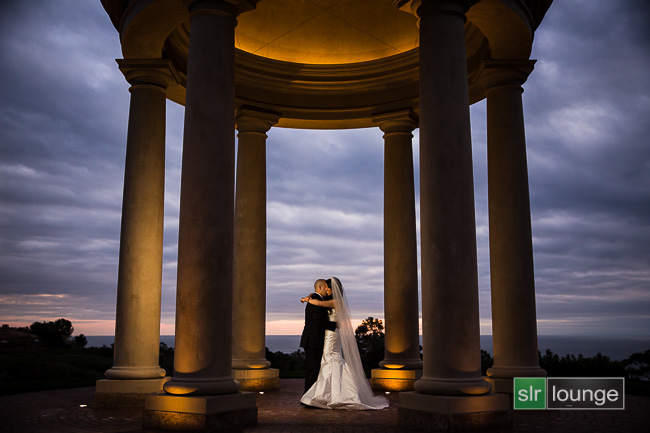 Watch the Video Tutorial on How We Shot It 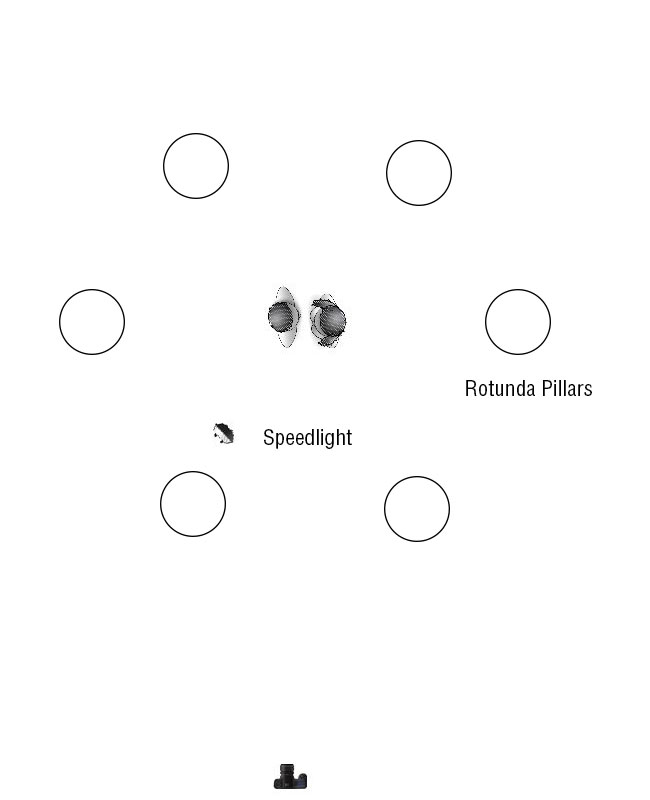 How We Shot it

One of the issues of having a speedlight lighting from outside of the rotunda is the shadows created from the pillars. Therefore, the solution is to have the speedlight light the couple from inside the rotunda. To achieve this, we placed the speedlight on a light stand out of the camera’s view behind left pillar closest to the camera. The small size of the speedlight is one of the advantages of using it over a studio strobe. Because a direct flash would be too harsh and a softbox or an umbrella will be visible from in camera, we used the backside of the pillar as a reflector and bounced the lighted off that left pillar.

It is important to have the speedlight at head level or a little higher in order to have a more natural look and not underlight the couple. The tungsten CTO gel also helped to make the light match the lights around the rotunda.

Finally, using a 1/60th shutter speed at ISO800 will help retain the natural light ambiance of the rotunda and the surrounding landscape.

In our next tutorial, we will show how we take the image out of the camera and process it using the SLR Lounge Lightroom 4 Preset System for a more dramatic, polished look. Once again, here is the original image, followed by the finalized image.

The Do's and Don'ts of Blogging - Diana's Thursday Thoughts