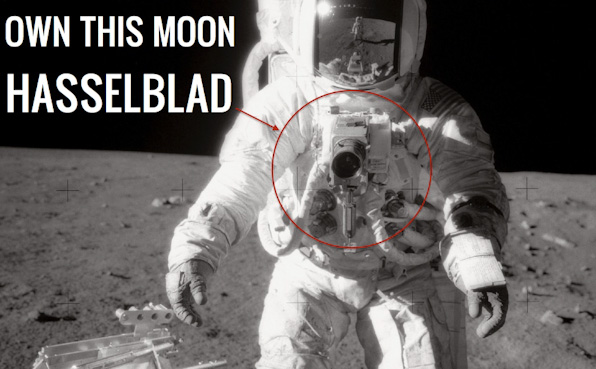 Hasselblad 70mm EDC Was On The Moon – Now For Sale 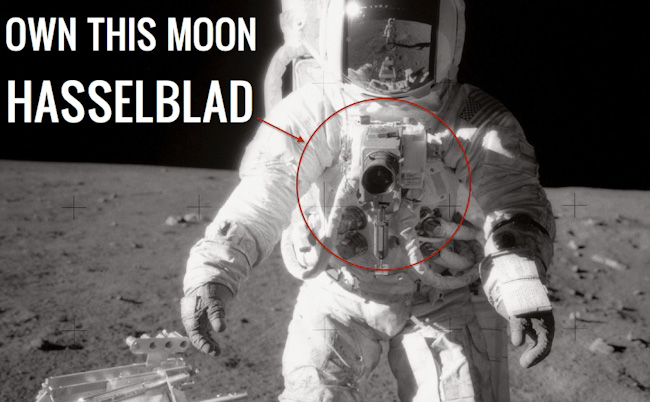 There are a few places man has been that most men will never go. The top of Everest, Jony Ive’s office at Apple’s HQ, or between the sheets with Adriana Lima. Most unlikely however, is the moon. Only 12 men have ever trod on its surface, all of them American. Each have brought back with them stories of daring-do, photos to prove it, a new perspective on Earth, and moon dust and rocks. What does moon dust feel like? Snow, apparently, and smells like gunpowder, and is very clingy stuff. We wouldn’t know this, however, if they hadn’t brought it back with them, and in order to do that the weight of the moon souvenirs had to be offset by leaving some things behind. More often than not, much to photographers’ chagrin, were the Hasselblad cameras that took so many of the photos that have become icons. Of the 14 taken, only a few were brought back, and now you can own one. 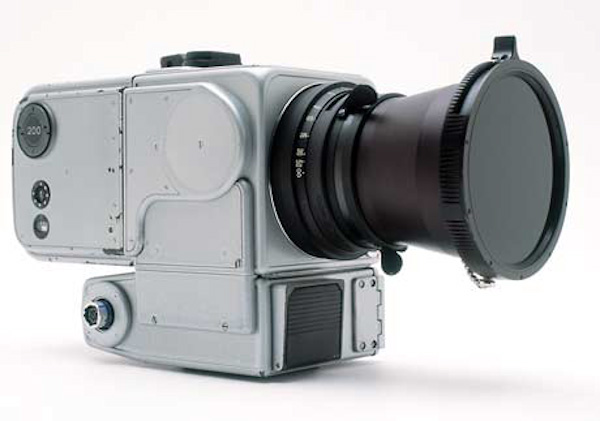 Going up for auction at the Westlicht Gallery in Vienna on March 22, is the very 70mm Hasselblad EDC (Electric Data Camera) that hitched a ride on Apollo 15 to the moon and back. Said to be carried and used by Astronaut James Irwin with which he took 299 photos (shown throughout this article), has been identified by the camera’s small Reseau plate, which is a very small transparent glass part used to superimpose calibration crosshairs, as number 38. The plate serves as proof of its authenticity, and the expectation is the camera will fetch between $200,000-$270,000 USD. There’s one problem…

The WestLicht Gallery impresses that this is the only camera from the moon mission that has returned to Earth, and all news outlets I’ve seen have spread this notion. It’s not. I’m somewhat of a space obsessive and I can tell you that not one other, but at least TWO others have actually returned. While I can’t speak for the current placement of the cameras, it’s known that Alan Shepard who famously hit a golf ball on the moon on Apollo 14 returned with his, as did Apollo 17’s Eugene Cernan, who was the last man to walk on the moon. How this information was neglected in an auction listing of this caliber is somewhat curious, though I’m sure potential buyers would do the necessary research.

[REWIND: NASA Shows Us Earth From The Moon – With Hasselblad & Zeiss] 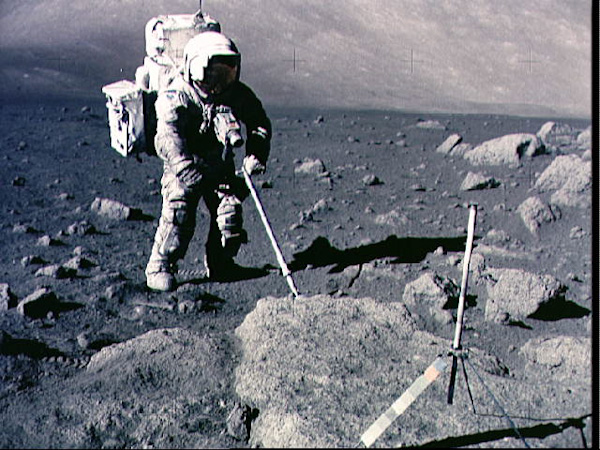 Does this make the camera any less valuable? Not in my humble opinion when you think about the state of space affairs.

Nixon said the Space Shuttle would transform the space frontier into familiar territory, making for an accessible human arena in the new millenia. He was wrong, and the first civilian chosen from thousands of applicants to train for a year to go into space was school teacher, Christa McAuliffe, and on the 28th of January 1986 fastened into the shuttle Challenger. But just about 70 seconds after lift-off, a fuel tank O-ring broke, and spectators worldwide watched as Christa, along with the rest of the crew, died as the shuttle exploded. Space, and getting there, is a hostile endeavor. Now the shuttle’s no longer, as are most chances of going to the moon to collect a discarded Hasselblad, or to make a new icon. Consider, too, that almost anything that’s been in space is in a museum. If I had the funds at my disposal, I would pay the quarter million for it. It’s a bargain. You can see a list of Hasselblad Space Cameras.

Images courtesy of the NASA Human Space Flight Web Gallery found here. A wonderful source we should all be thankful to NASA for. You can find many more photos of all the Apollo mission and far more, and in lots of detail. It’s a phenomenal resource.