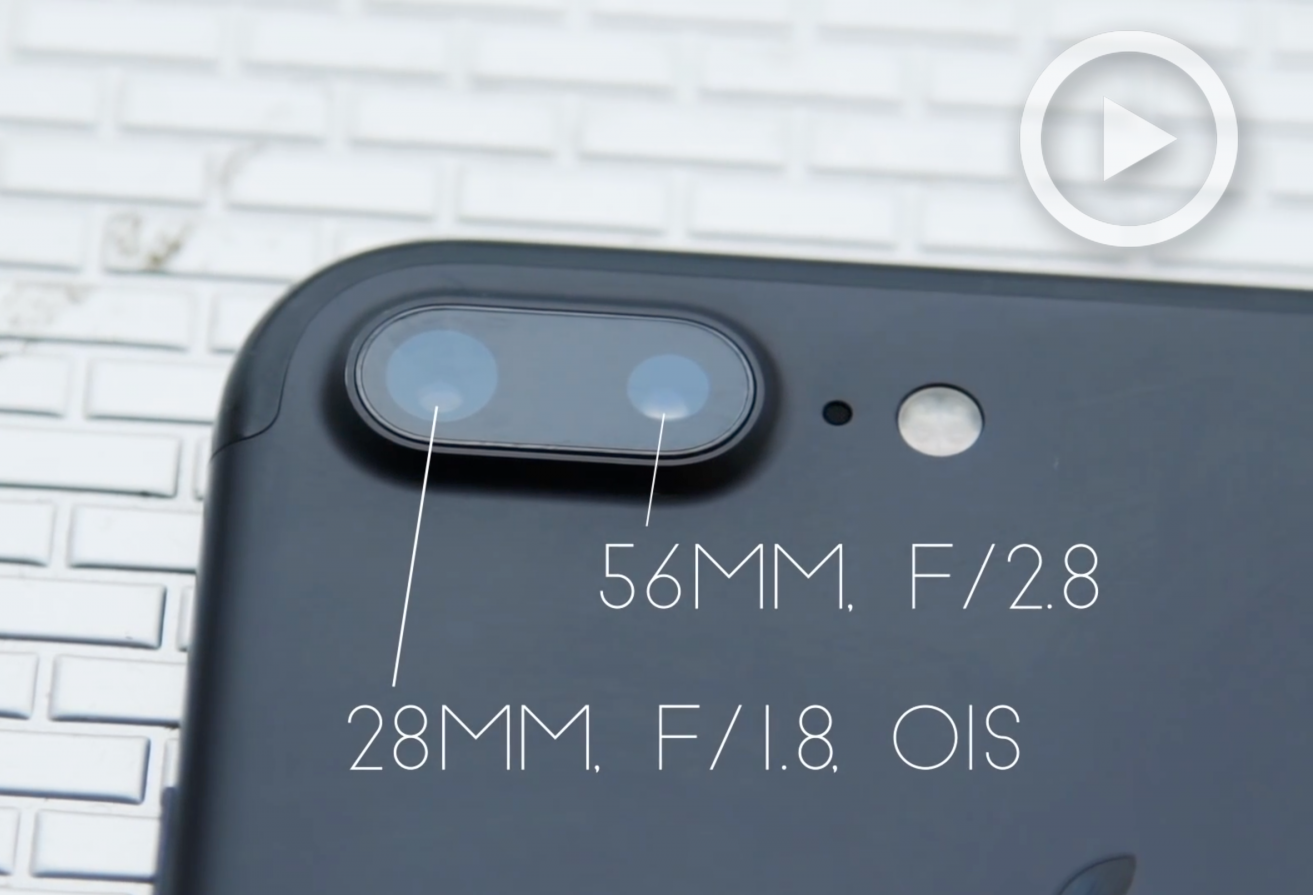 Since its September 7th release, one of the most talked-about features of the iPhone 7 Plus is it’s innovative camera. Make that cameras.  For the first time an iPhone offers optical zoom rather than merely digital, and perhaps the most feature generating the most buzz, portrait mode with faux-keh – the iPhone actually analyzes the image and blurs the areas it things are background, with decent accuracy. Here is a hands-on video made by DigitalRev TV, which is starting a new era without their old primary face of the brand, Kai, who has moved on to start his next chapter. Not to worry if you were a huge fan however, he has started his own YouTube channel which can be followed here. Warren and Lok still bring quirky humor to the show, lest you be concerned that the material may become dry. 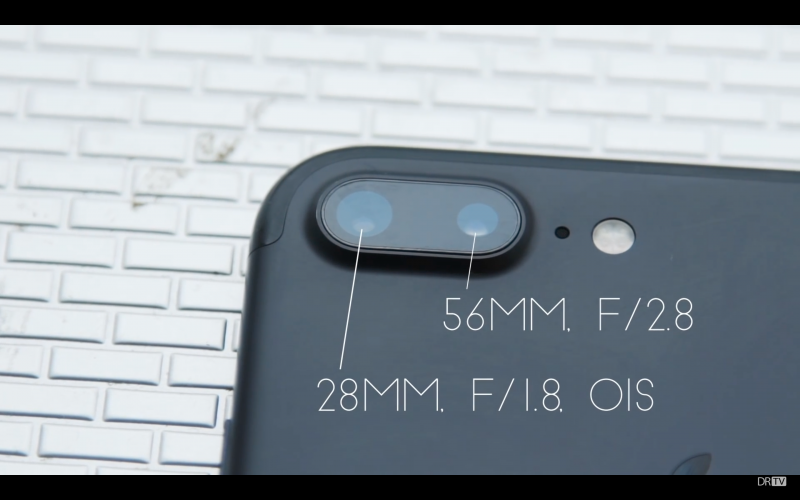 On to the review: the first aspect of the iPhone 7 Plus’s dual camera tested is the optical zoom. Warren and Lok compare the iPhone 7 Plus to a 6S shooting side by side in a shop. The comparison they make is the  iPhone 7 Plus’s 53mm equivalent “telephoto” lens against a 6S equipped with an aftermarket telephoto lens, in this case the Zeiss Exo Lens. First they take a shot at the shared 28mm equivalent focal length, though lighting conditions aren’t super bright and the 7 Plus’s wide lens is faster at f/1.8 vs the 6S’s f/2.2. 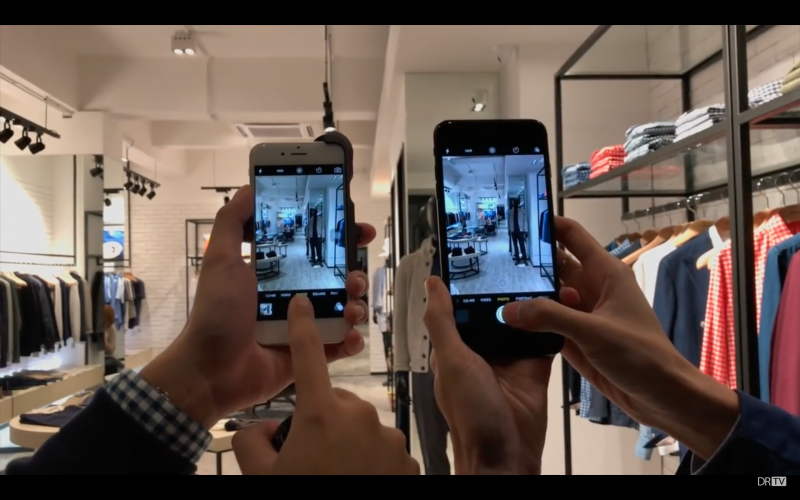 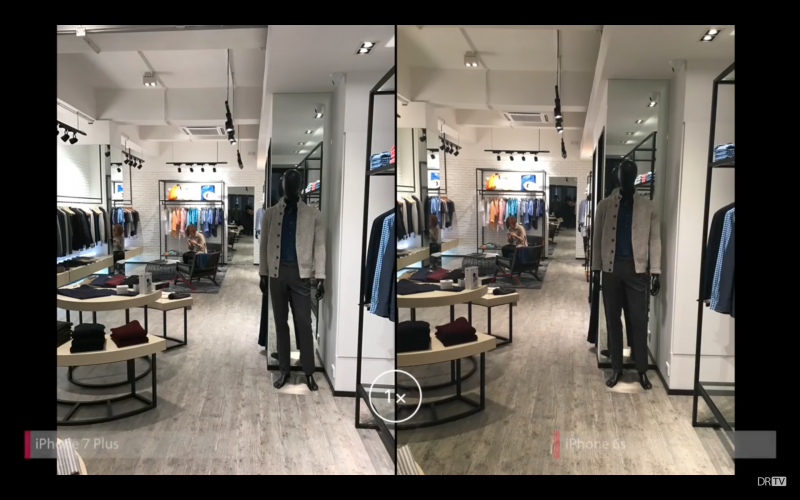 Next, the Zeiss telephoto is attached to the 6S to compare to the 7 Plus’s 53mm equivalent camera. The convenience factor is noteworthy as Warren snaps a photo while Lok races to put on the lens. The 28mm shots were pretty comperable, but the 7 Plus outshines the 6S in the telephoto test, even with a Zeiss lens attatched. 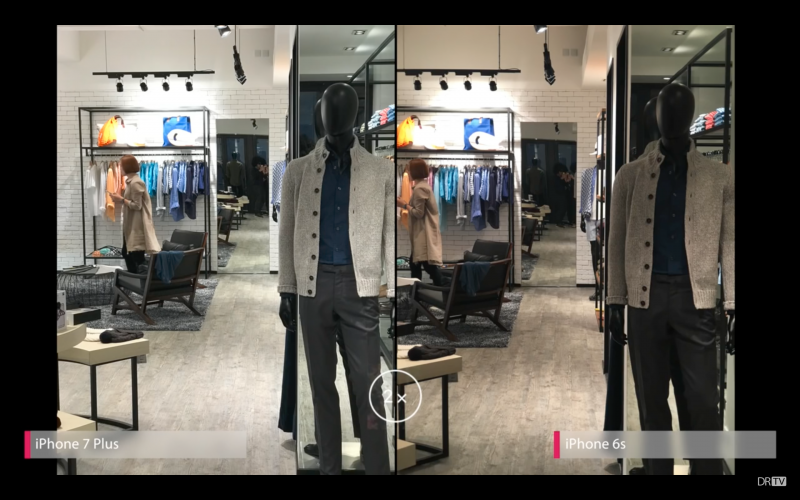 Now the 6S has a speed advantage with it’s f/2.2 lens – the 7 Plus’s telephoto lens is f/2.8. I suspect this may be the reason that the 6S actually performs better at 10x digital zoom than the 7 Plus, as the 7 Plus may be bumping the ISO to compensate. 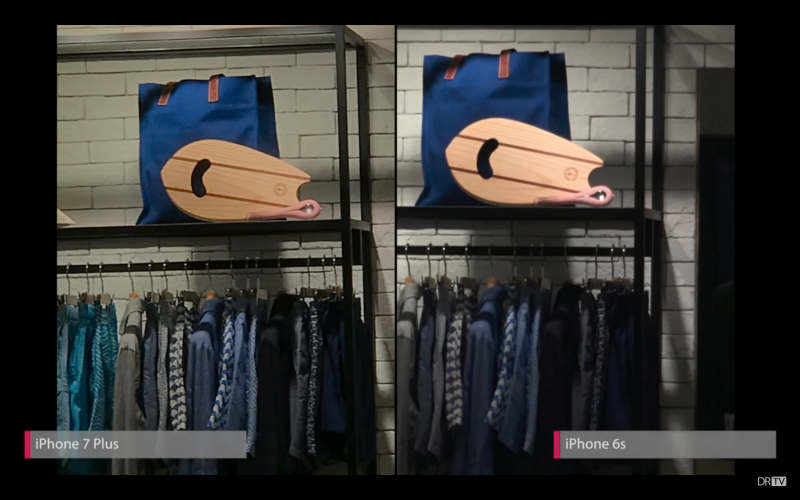 Next up is portrait mode. There are caveats here, the subject needs to be within about eight feet and in portrait mode and the lens behaves as a prime with no further zoom available. It shows the computer generated bokeh in real-time, but causes a lag which makes it maybe not a great option if you’re trying to snag a candid portrait shot. The results are impressive when the computer gets it right, but it struggles with inanimate objects creating some random looking blur at times. I guess that’s why they call it “portrait mode” and not “still life mode.” 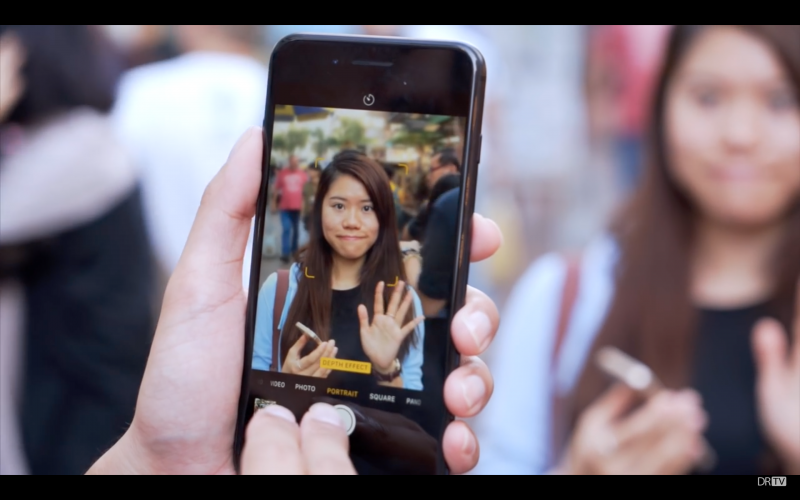 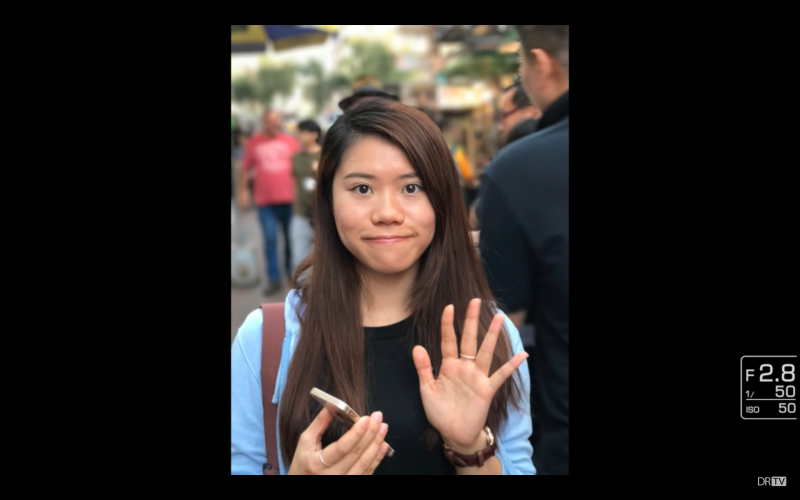 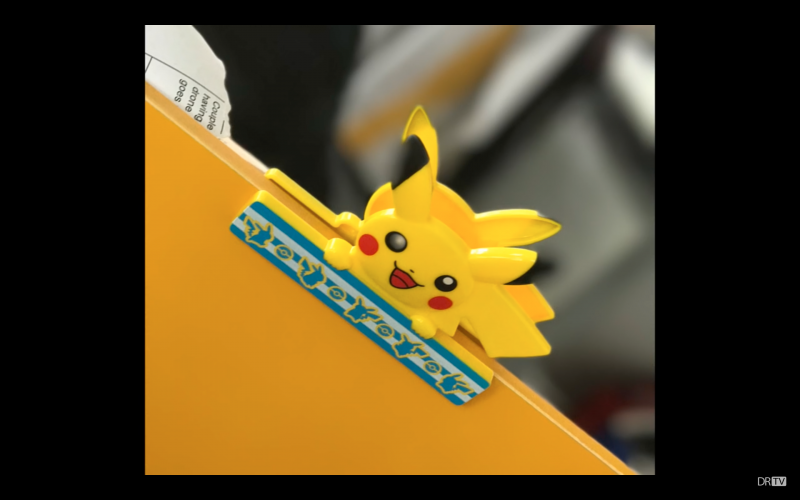 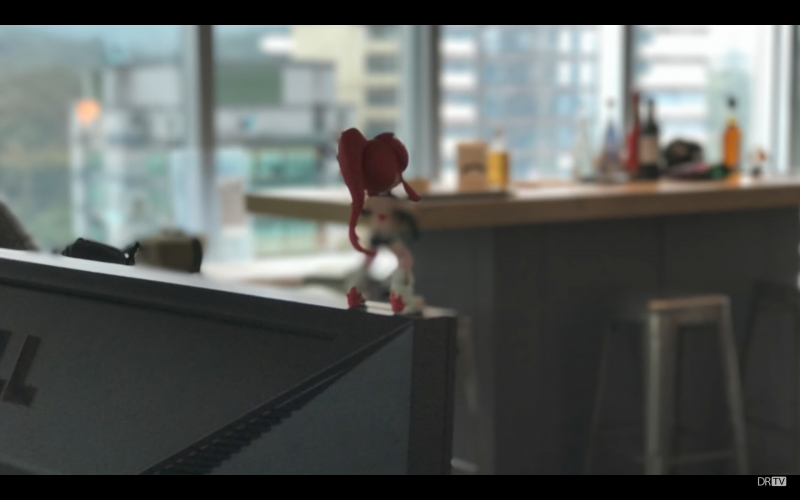 Another area where Portrait Mode shows itself as a first generation of this technology is in low light. The first attempt in the video was met with a “more light required” message. When they did get it to work, that f/2.8 lens reared its head again producing photos with a lot of noise, but with an oddly contrasting smooth blur around the subject. 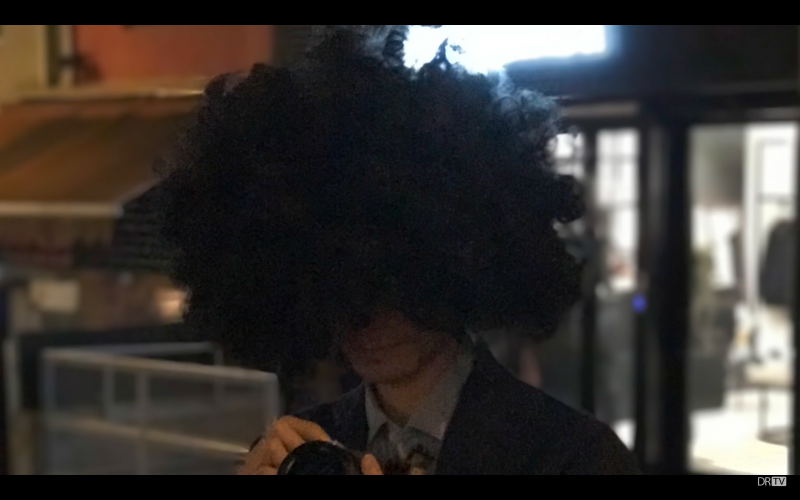 Check out the video for a few more demos including water resistance and OIS in video.