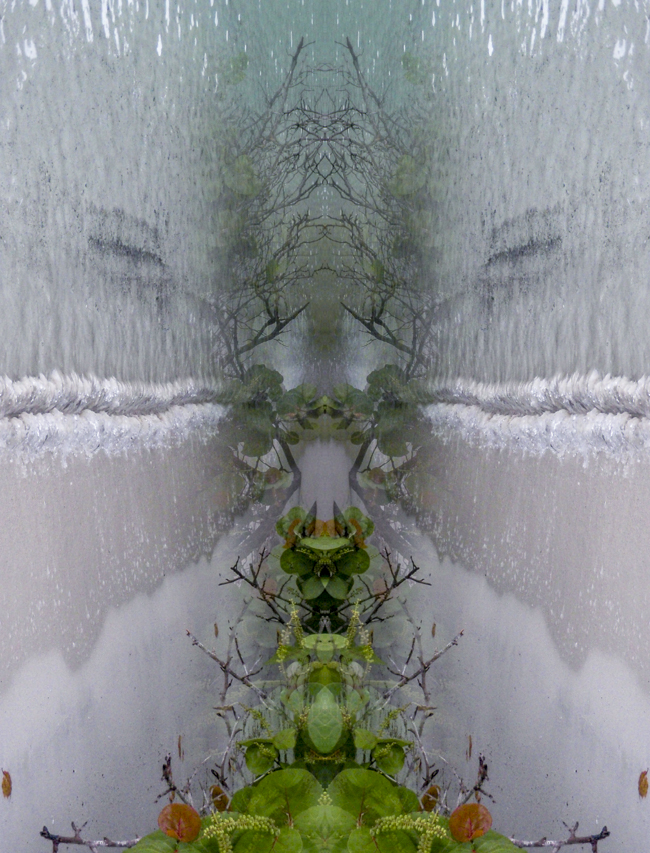 Gurudarshan Khalsa’s Healing Journey Leads Her to “Art as Medicine” 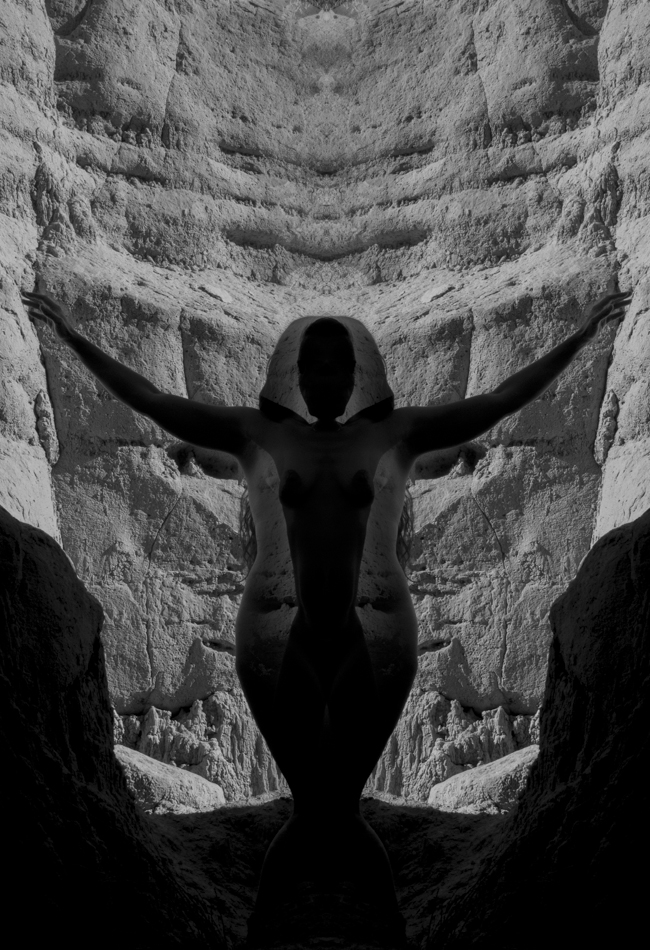 Gurudarshan Khalsa’s photographic art is as stunning as the story of her head injury and the healing journey which followed. Her images combine visions of Nature and the Goddess into beautiful mandala-like compositions. Gurudarshan found her calling to create “Art as Medicine” after suffering a traumatic brain injury on September 11, 2013. But her path to this calling took her through some dark and frightening territory.

A Traumatic Blow — to the Head and to Life

After the injury, she was unable to concentrate and experienced “tremendous anxiety.”  She found herself unable to work and subject to uncontrollable bursts of tears. Prior to her injury, she had worked as a commercial photographer shooting images for books, magazines and events. She had also been a digital lab assistant at Santa Fe Photographic Workshops.  After her accident, unable to focus her attention for more than a few minutes at a time or be around people, she lost her job. With this loss and everything else she was experiencing, she was plunged into a space of deep fear and depression.

In part, the fear was about learning to accept this new way of life into which she had been thrust, but also about the apparent inability of Western medicine to diagnose her condition properly or to prescribe a healing therapy. Gurudarshan was dissatisfied with both the failure of allopathic medicine to discover the nature of her illness and with the drugs her doctors prescribed.

Searching for a way forward, she found help in working with a shaman. Her shaman had a vision of a new body of artwork that Gurudarshan would create—in spite of the fact that she did not believe herself physically or mentally capable of creating such work. She hadn’t taken a photo in four months. She couldn’t work at the computer for more than ten minutes at a time.

During this time, Gurudarshan looked deep within herself and questioned her purpose on the planet. She had experienced a nearly total loss of her way of life and now wondered how she might reshape her life if given the chance. She had always wanted to be an artist but was gripped by the fear of failure. She realized that she had to face the fear head-on and rallied every bit of her strength “to align with her destiny of sharing her vision with the world in an effort to uplift others.”

She began making images by combining multiple layers in Photoshop and creating symmetrical compositions.  As she gazed at her new images, she found animals, temples, faces and beings appearing. She found that it was soothing to do this work and felt relaxed and refreshed.

She found a new doctor and dedicated herself to finding a way to increase her ability to concentrate so that she could spend more time making art. She turned away from the anti-anxiety medications she had been taking and replaced them with meditation, dance and making her art. The resulting balance calmed her and improved her ability to work. She could shoot again. She was able to use Photoshop to composite her images and create the symmetry that has become a hallmark of her work. The creative process became a meditation that opened up new worlds for her.

Gurudarshan was determined to share the images that had such a healing effect for her and in February of this year, she began to share her work at a local “spiritual hub.” She also submitted her work to a juried show hosted by the Santa Fe Society of Artists and was thrilled to be accepted. Once she began sharing her work, she discovered new meaning within it. She experienced the symmetrical compositions as balancing the two hemispheres of her brain. The fog and confusion which had previously surrounded her began to lift. In their place, she found a sense of peace and relaxation. She was now experiencing a calming influence not only from the creation of her art but also from viewing it. It was then that she saw her ‘Art as Medicine’ and this fed her desire to reach out and share it with the world.

Now her prayer is that other people can obtain relief from whatever pain they may be experiencing in the same way that she does. She feels humbled by the events that the Universe brought into her life but has found within those difficult events “gifts and opportunities.”

CREDITS: All photographs by Gurudarshan Khalsa are copyrighted and have been used with permission for SLR Lounge. Do not copy, modify or re-post this article or images without express permission from SLR Lounge and the artist.