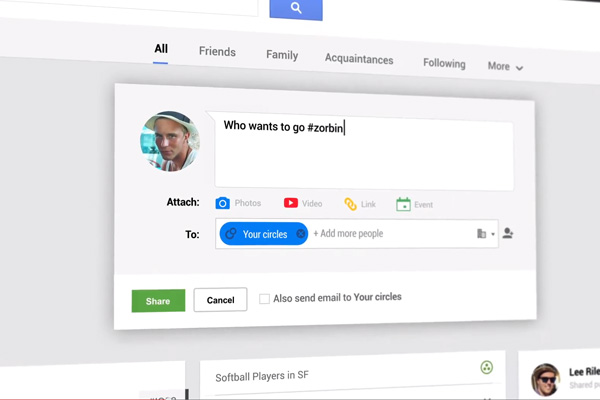 Google announced today that their social network, Google+, is getting a makeover in addition to 41 new features. Google+ has been a popular network for photographer with its photo friendly features and it is about to get even more photo friendly.

The new Google+ layout is something of a mix between a Pinterest board and a Facebook Timeline. The new layout allows you to put your feed into multiple columns which can be customized based on the resolution of your screen. Hooray for less white space on larger monitors. Other new features not directly photo related are the new “smart hashtag” and New Google Hangout App Features.

Some of the new photo features are pretty darned cool, especially if you want to upload lots of photos to your Google storage. The first of the photo features is what is being called the “highlight” feature. This feature essentially culls your images for you, going through your uploaded files and selecting your best shots (by analyzing shots for blur, exposure, etc) and an advanced algorithm for what sorts of images people will like.

In addition to the highlight feature, another new Google+ feature can automatically enhance your photos by recognizing faces, removing noise, sharpening images, and more! This feature can be turned off and images can be reverted back to their original state if you do not like the changes.

Finally the last of the announced photo features is this awesome feature that will create collages of multiple people, find images of people smiling, and automatically remove any visual dupes. In addition to that the new 15GB combined Google storage means lots of room for images on Google.

Is it just me or is Google trying to replace my desktop editing/management software like Lightroom 4? Obviously these new features are nowhere near at that level yet, but can’t you see it heading that direction? Features that automatically cull uploads, basic to average editing, and smile searching are all really neat. I am excited to try them out, even though I admit I rarely log into Google+ anymore (but that is a whole other can of worms).

What do you think of these new features? Does this make Google+ even more attractive to you as a photographer? Let us know in a comment below.

How to Use the Copy and Paste Buttons in Lightroom 4