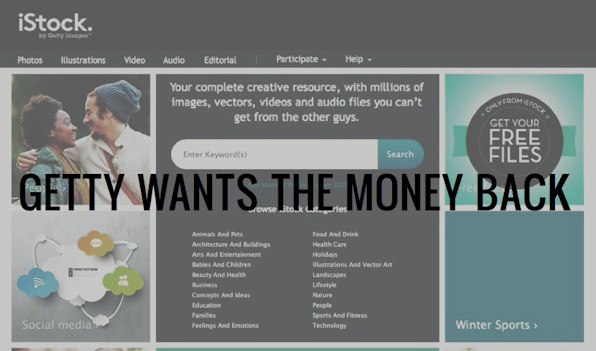 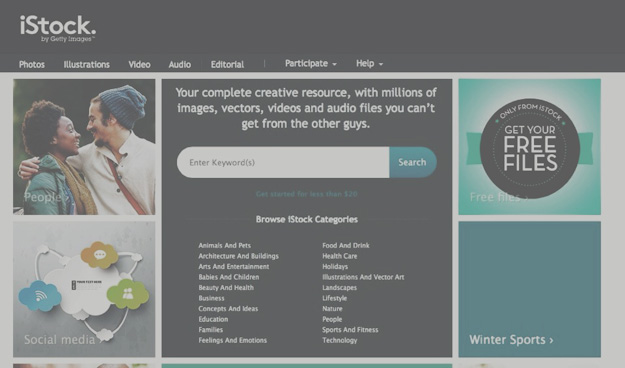 iStock Photo and Getty Images are in the middle of a real mess. Since iStock Photo was purchased by Getty, there have been scrolls of complaints, but they don’t tend to make much news. However, when you ‘overpay’ 25,000 contributors, and then, without any explanation and breakdown, or proof, tell them you will garnish their wages in coming months to recoup the amount, it’s bound to cause a fuss.

To make matters worse, they then corrected themselves and said they had made an error to the tune of 16,000 contributors, and that in fact, only 9,000 were overpaid. Off to a poor start. The situation arose due to payment issues by Getty Images, and the photographers in the partnership program are the ones who received the ‘extra’ royalties. Some in the hundreds of dollars or more. These contributors were made aware of the situation in January, though Getty knew about it a month prior. Regardless, Getty now says they are not writing it off as a business loss due to their negligence, and wants the money back.

Getty has notified photographers that in an effort to reduce the blow in a single month, they will take a portion of their earnings for the next 6 months. This was done via messages and blog posts such as the following:

Hello XXXXXXXX,
We discovered that there were some irregularities with September 2013 and October 2013 Partner Program royalties payments. There were a number of contributor accounts that were overpaid royalties over these two months. Unfortunately your account was one of the affected accounts.

We have calculated the over payment amount to be $956.66. Rather than take this amount out of your royalty balance in one adjustment we have decided to schedule the removal of these funds over a 6 month period. Starting before the end of February 2014 we will begin removing $159.44. Once per month for the next six months we will recoup the balance of the over payment. You will receive a monthly notification as immediately after the funds are removed.

While Getty may legally be within their rights to ask for the money back, the whole scenario raises many questions. Photographers who are part of Getty are set up in a manner with the company where they rely on Getty track and to tell them precisely how many times their images were used, and there is no way for them to check the accuracy of this. Furthermore, this method of payment shows that there is no invoice to Getty from the photographers when an image they produced is used, so clearly they haven’t deceived Getty by accepting money they know they didn’t earn. Keep in mind that money earned is also a paltry 15% of the sale and iStock/Getty retains the other 85%.

The ordeal thus far has been handled horribly by Getty and iStock Photo. Neither has offered a proper explanation as to what went wrong, or proof of the payments, and thus leaving photographers in the cold to simply accept what they’ve been told, and take their word for it. That’s a jagged pill to swallow. Let’s not neglect the fact that even their numbers on those affected were tremendously off; from 25,000 to 9,000. That’s around a 65% percent error. How can the photographers take the word of the company for any value when errors of this magnitude are plaguing their system? 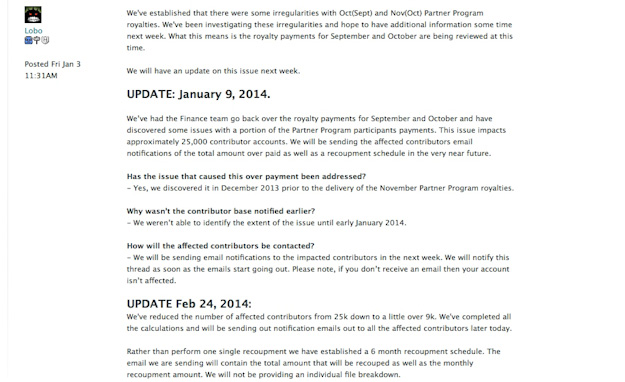 This complete lack of transparency seems ludicrous, and a deplorable event like this may just be the catalyst for a substantial change in their bookkeeping, or at least how that information is shared. Also interesting to note, on their forums the demeanor of the responses from iStock staff shows a complete lack of care, and not one iota of apologetic tone. It’s dismissive, and that’s rude. Employee/customer service is clearly the bottom rung of their priorities.

It’s a bit of a story, but it made me think of a conversation I had some years ago. Sitting watching ‘Slumdog Millionaire’ in the company of some good folk for whom having a million dollars in the bank would mean they’d lost most of their money. They loved the film, but mentioned that being a millionaire these days is sort of just a teaser, as it won’t buy you the lifestyle you might imagine. They are not photographers, clearly. They had made the majority of their money in hedge funds. All I knew about hedge funds before and after our conversation was that I needed to plant one.

So I asked what it was. ‘James’ proceeded to tell me that regardless of whether a market goes up or down, money is made. Good, so far. He then went on to say that, ‘You make an agreement with someone who has a lot of shares of a certain stock to rent some of them, then you sell the lot.” I said, “That’s theft. But continue.” A bit annoyed, he went on to say, “It’s not, because you pay them back with interest. If no money is made on the sale then the borrower still pays back the person borrowed from. There’s accountability and it’s all transparent on both sides.” Hmmm.

I can’t believe I’ll say this, but it seems iStock Photo & Getty have something to learn from these meticulous wolves on Wall Street. We often think of massive financial institutions as being evil, looking not to produce anything and be direct in their quest for money. However, in reality it’s much more regulated and transparent than what’s happening at Getty and iStock. It’s the difference between stabbed in the front, and stabbed in the back. At least in the front, you can see it coming, and avoid it.

Nikon Teams Up With BlackRapid To Develop Two New Straps