SLR Lounge > Photography Careers and Business > The GaffGun Wants To Make Your Cabling Woes History, Save You Time, Pain, But Maybe Not Money 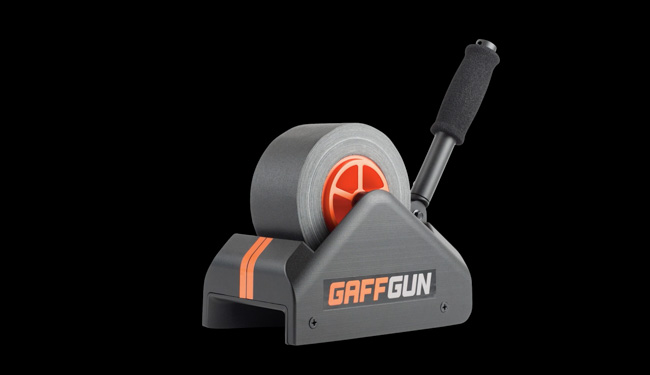 The GaffGun Wants To Make Your Cabling Woes History, Save You Time, Pain, But Maybe Not Money

When starting out in photography, on any level, the term ‘gaffer tape’ will rear its head at some point. If you’re at all DIY inclined around the house, or your studio, you were already intimately entwined with it in all likelihood. If not, and you plan on pursuing photography at all, you soon will be.

There’s a sort of appreciation given to gaffer tape that most tools in photography could only dream to have bestowed upon them, but for quite a good reason. Gaffer tape is just one of those tools that can be used by anyone, without specific knowledge, without finesse, and even if you’ve got fists of ham and fingers of sausage. And though technology bolts ahead at the speed of thought, with WiFi cards and cameras etc, there’s still no getting around cabling. 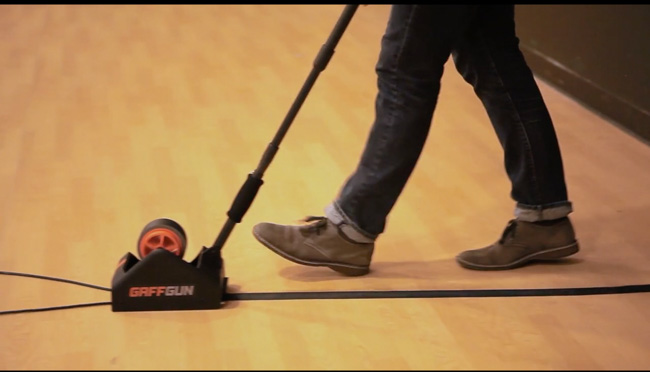 Have you ever stood in, worked in, or just been a fly on the wall in a photo or film studio? Wiring drapes even the neatest of them like a tapestry of blood vessels feeding electrical current and data, the lifeblood, all around. There’s no getting away from it now, or in the near future.

Often it’s gaffer tape that keeps all these cables grouped and taped to the floor, wall, assistant, etc. Taping anything can be a process, and now a product has arrived which alleges to make the process 29x faster. GaffGun, for lack or a better or more appropriate term, is a tape dispenser. Call it what you like, but a rose by any other name, and all that… 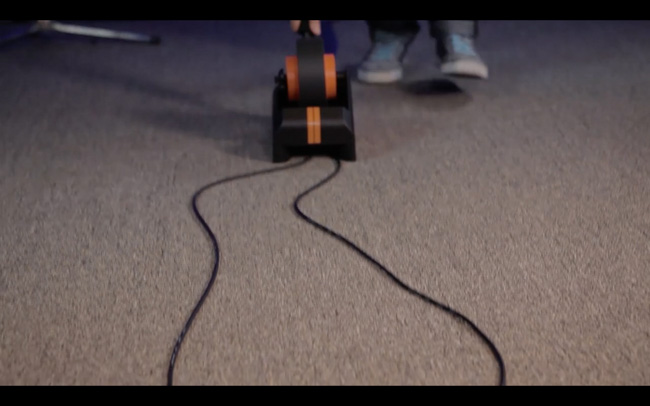 What GaffGun does however, while simple in theory, seems like a godsend; it easily, and without threading, effectively brings together your cabling and the tape, and lays it down neatly, quickly, and easily. From the demonstration video here you can see just how simple it is. I wouldn’t even be swayed by the numbers presented regarding time savings, but just the ease and speed at which the final neat result is achieved sort of speaks for itself.

The only issue to be had here, and it’s not a small one, could be the price. Gaffer tape is cheap and often used as a cheap DIY solution to more expensive fixes, but the GaffGun comes in at about $200 which, to some critics, makes it a conflict of interest. But I don’t think those that laugh have thought it through, and here’s why. Any photo equipment is expensive. Most of our gear deals in the hundreds and thousands, and then when it comes to video studios, it’s generally the latter – never mind liability insurance, etc. So spending $200 on something that will save time, generally save you a headache, and likely a backache, as well as provide a neater workspace less likely to trip and injure anyone who steps inside, well, to me, seems like a bargain – if it works.

Find out more about the GaffGun here at their site.

What You Should Know About Print Portfolios