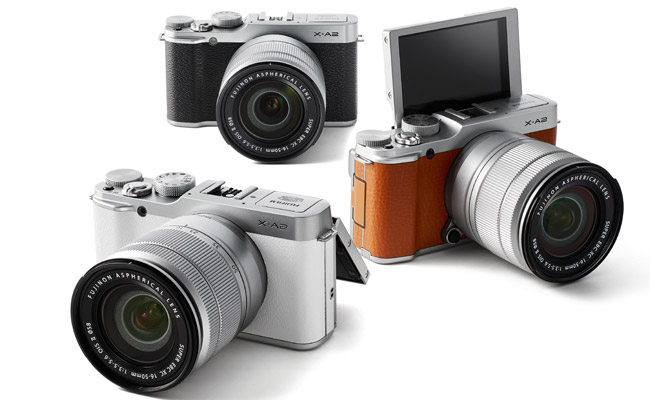 Fujifilm’s entry level X-Series just got the revamp that it needed. It was announced this morning, officially, that the rumored X-A2 is, in fact, a reality and should be available in about a month.

The new X-A2 features the same 16.5MP (16.3 Effective) X-Trans sensor that we have come to know and love, while adding in a lot of new features to the X-A series that should help the camera compete well in that low/entry-level segment of the market.

It also features a new ‘Eye Detection’ AF mode, where the camera not only detects the face of a person, but then finds their eyes and – in theory – makes the eyes the point of critical focus.

The X-A2 will sell for $549 in a kit with the original 16-50mm OIS lens, or for around $599 in a kit with the newly announced 16-50mm OIS II. As mentioned in the beginning, the camera is expected to become available at some point in February. If you are interested in pre-ordering, you can head on over to B&H and get those in now.

Insurance For Photographers: Options and Tips For Protecting Your Gear