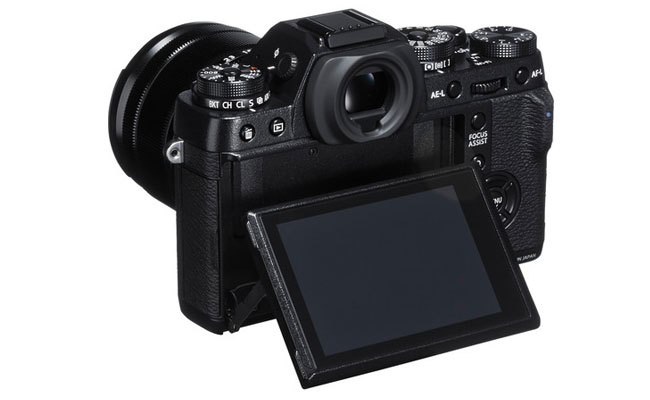 Fujifilm continues to amaze with its steady stream of improvements for currently available products. Today, the company announced a new firmware update for the X-T1, which promises some advanced AF upgrades and key new features.

The new X-T1 Firmware, officially called version 4.0, features some advanced AF system updates that challenge conventional thinking of what can be updated with firmware updates.

Headlining the new AF features is a new ‘Zone’ Mode, which allows users to select a 3×3, 3×5 or 5×5 zone from the normal 77-point AF zone. When combined with the AF-C continuous focusing mode, the camera continues tracking a subject in the selected zone. The 3×3 and 3×5 zones at the center, in particular, offer “extra-fast focusing” with the use of the X-T1’s built-in phase detection pixels.

In addition to the improved AF tracking and new zone focusing mode, the 4.0 firmware update includes the addition of exposure compensation while in manual mode – something that was previously not an option on the X-T1. The new firmware also makes some changes to the shutter dial operation, making it easier to change speeds without having to move the dial.

Smaller additions include a new Eye-Detection AF mode, Auto Macro Mode, and Improved AF in video, rounding out a pretty substantial update for the X-T1. This new update is pretty impressive, given the rather large firmware update it had at the end of last year.

The new X-T1 version 4.0 firmware was announced today, but will not be available for public consumption until June. I know many of you will be eagerly awaiting it, as I will be very interested to see how much of an improvement to the AF it brings.

Medium Format Shooting & Developing Process You Can Do At Home