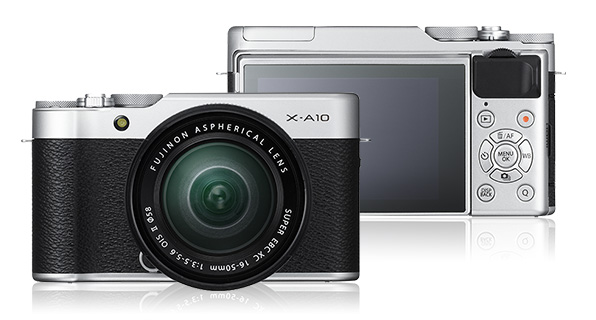 Fujifilm has added another camera to its ever-expanding repertoire of X-series cameras; this new one being an entry level offering to help entice first-time camera buyers, and people who primarily use smartphones for photos, into the X-system. The new X-A10 is similarly styled to the X-A3 that was announced a few months ago, but with a few cost cutting attributes that bring the price down to an even more.

[REWIND: FUJIFILM BRINGS TETHERING TO THE X-T2 WITH NEW FIRMWARE ] 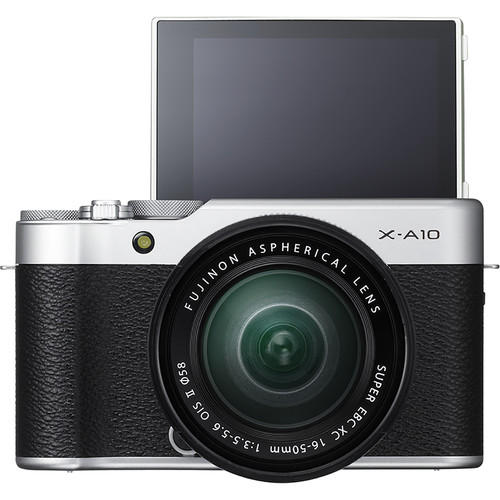 The X-A10 features an 180-degree flip-out screen designed for selfies. Almost everything thing about the X-A10 seems marketed toward the smartphone crowd; from the newly designed grip that it will be comfortable to hold when shooting self-portraits to the marketing promo.

Although it is also part of the X-A family, that extra zero places it a step below the other models, effectively making it Fujifilm’s most basic and affordable interchangeable lens model. So where did Fuji cut corners over the X-A3? A 16 Megapixel APC-C size sensor is used instead of the X-A3’s 24 MP, both with the more traditional Bayer color filter. Autofocus points are lowered from 77 to 49; the touch screen feature is missing in the X-A10; reduced Film simulations (only offering Provia, Velvia, Astia, Classic Chrome, Monochrome, and Sepia), and it is without a Hotshoe. Continuous shooting is the only advantage the X-A10 has over the X-A3, with the ability to shoot 6fps for 20 images or 3fps until the card is filled. 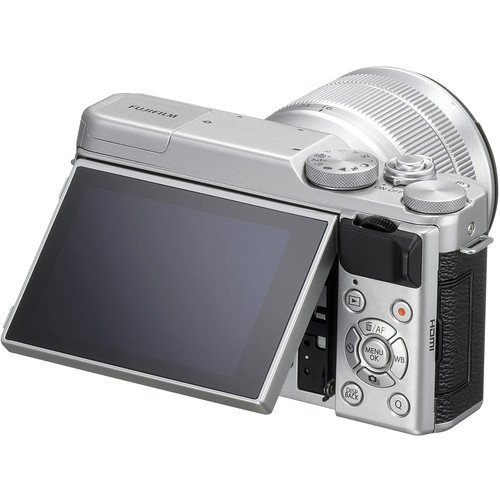