SLR Lounge > Originals > From Idea to Execution | Tuesdays with Lauri 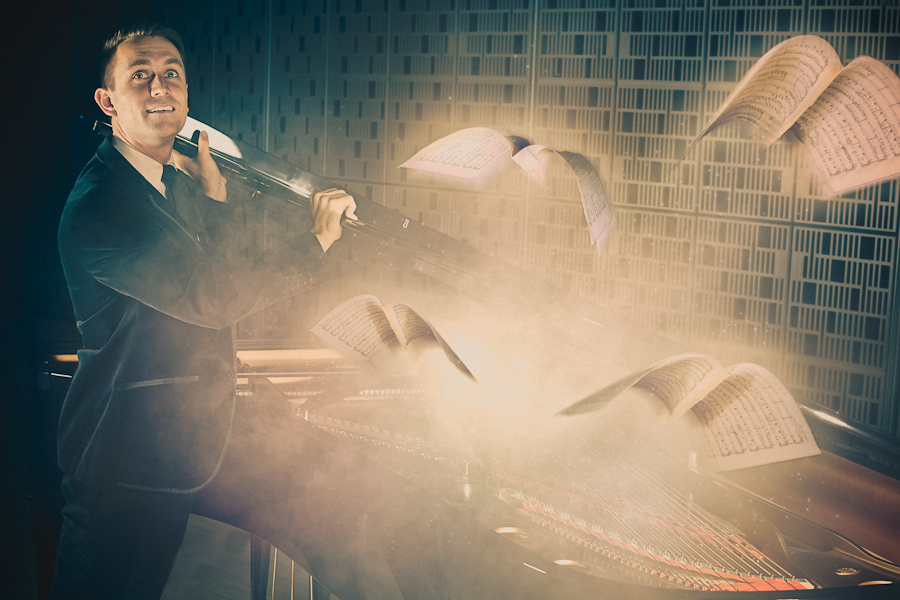 From Idea to Execution | Tuesdays with Lauri

In last week’s article I wrote that the first step in a creative workflow should be collecting material (brainstorming, collecting images into a imagebank etc.) In this particular case, I actually got the idea for the photoshoot in a concert. While I was listening my friend Adam Herd playing the piano, I really just felt the “creative juices” flowing within me. I got at least ten different photoshoot ideas during the concert! Luckily, I had my iPhone with me and so I was able to write all my ideas down quickly, and that way made sure I would not forget them in next 5 minutes or so.

The day after the concert, I contacted Adam and described some of my ideas to him. Adam liked the ideas and we decided to go for it. It was time to organise a photoshoot!

Adam booked a concert hall from the Helsinki Music Centre for our photoshoot, and I really could not have asked for a better location. We had lots of space to work in, and the Steinway & Sons -piano looked just gorgeous.

For this particular photo I decided to use three lights. You can check out the lighting diagram below: 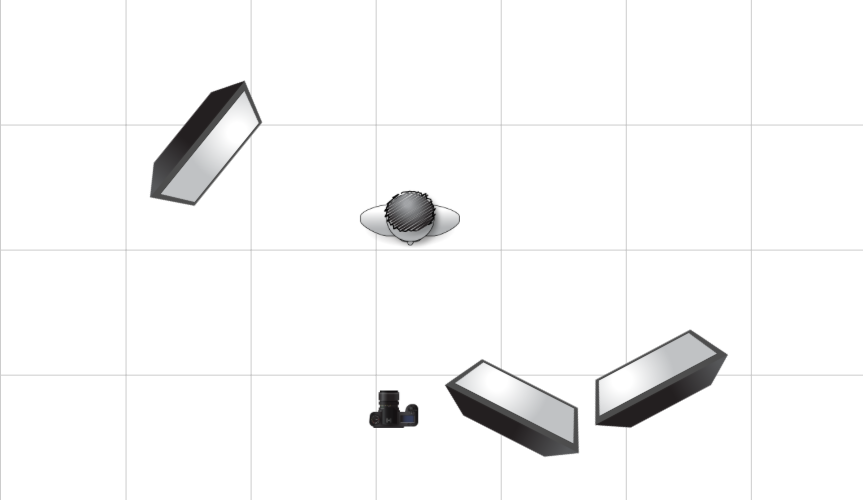 I placed one of the strobes right behind Adam. The second light I used as a fill light, to get rid of the shadows on Adam’s face. The purpose of the third light was to make sure that all the beautiful engineering and details inside the piano would be visible. The image (straight out of the camera) looked like this: 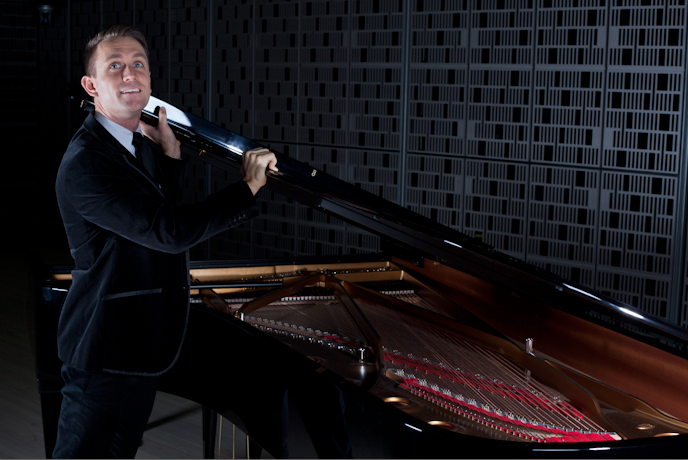 Now that I had the base-image done, it was time to create the flying “birds”. The lighting and camera focus were left untouched and Adam held the sheet music in a way that made them look like birds: 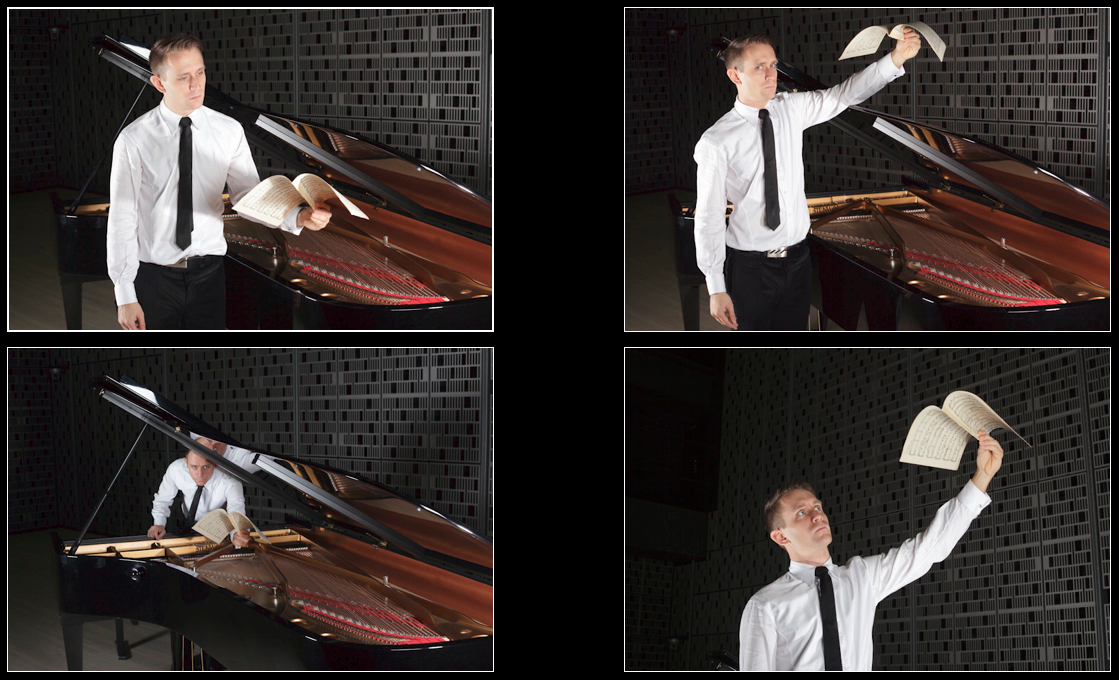 Now I had all the material that I needed and it was time to bring it all together in photoshop.

I opened up all the above photographs as layers in photoshop and started out by cutting out the “birds”. 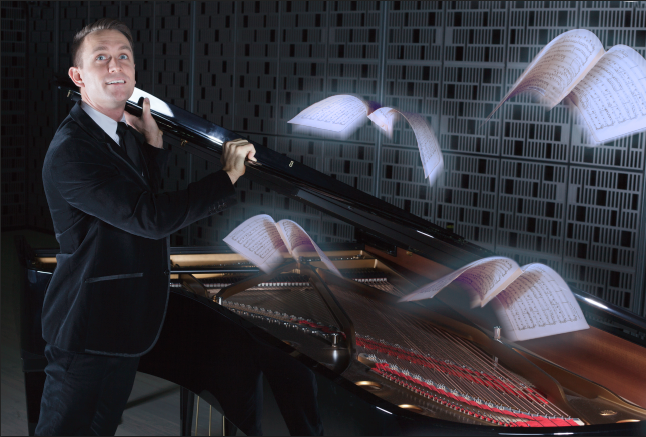 I placed the birds on the base-image, created a new light-source inside the piano, and added fog in order to create some atmosphere. 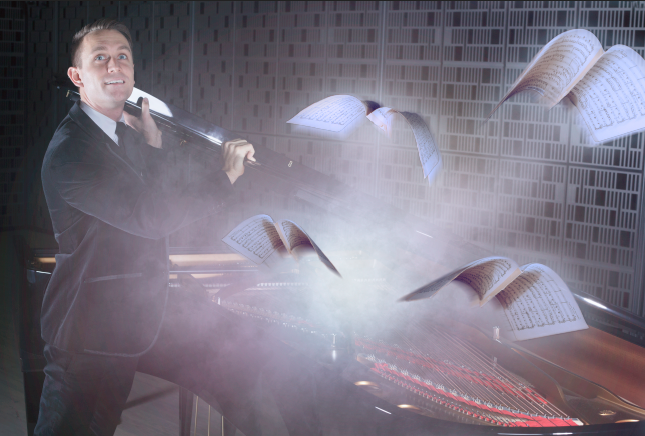 To finish off, I added some outer glow to the sheet-music and placed tiny particles in the air, to achieve a more “magical” look. When I envisioned the photo before the shoot I had planned to make the light very yellowish, almost golden, and thus that was what I did during my color-work phase.

SOME OTHER PHOTOS FROM THE SHOOT

As I still had some time to shoot after we got the above image done, we decided to shoot some portraits of Adam: 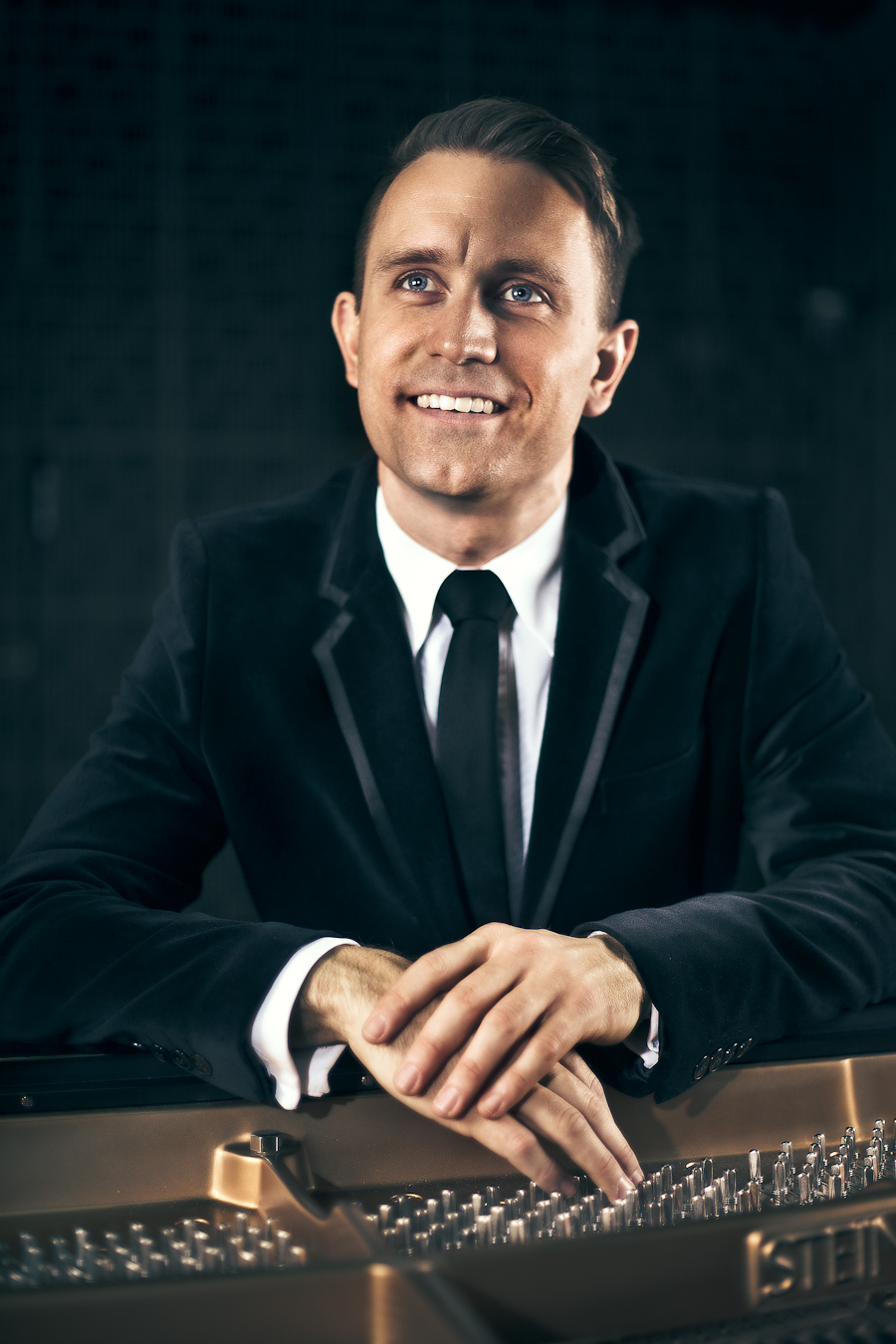 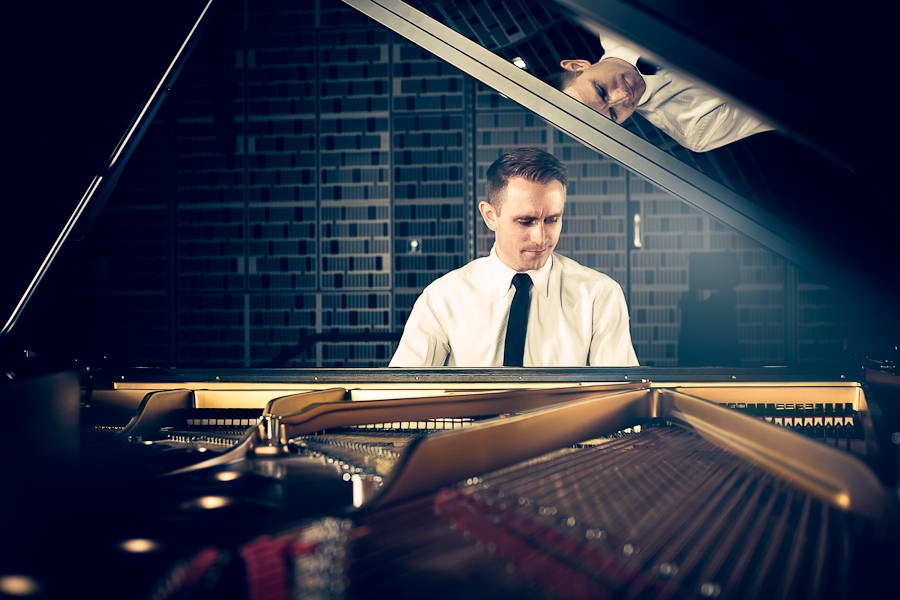