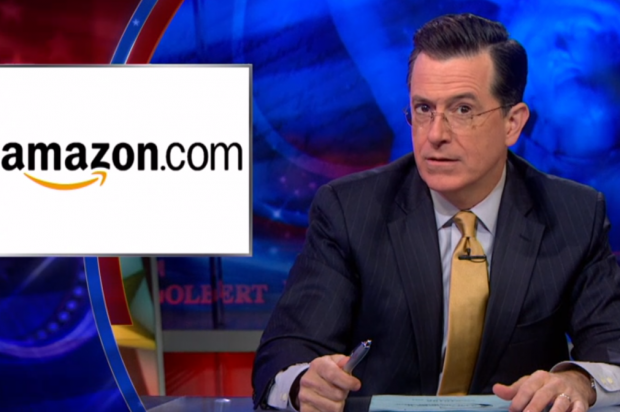 Last week, we told you about Amazon’s much ridiculed patent, photographing on a white backdrop. Now, funnyman Stephen Colbert has given his take about the patent in a 4 minute segment which also relentlessly mocks patents in general.

Stephen Colbert hosts the satirical Colbert Report on Comedy Central, in which he plays a conservative political correspondent.  Last month it was announced that in 2014, Colbert will be heading over to CBS to succeed David Letterman on The Late Show.

Patents can be worth quite a bit of money. An innovative idea, such as the gerbil shirt (which Colbert says has the triple function of “a shirt, a gerbil habitat and being alone for the rest of your life…“), could be worth billions…and then billions (of yen) more in patent lawsuits, as we saw in the case of Nikon vs Sigma in the VR infringement lawsuit. In 2011, according to Colbert, patent litigation generated 29.2 billion dollars in lawsuits, legal fees and settlements.

If you have an idea…and you work hard, someday, you too can be sued by someone who had a similar idea.

Colbert was “so impressed with Amazon’s state of the art, calling of dibs,” and not to be outdone, Colbert has declared his own patent – patenting the idea of filing for a patent. 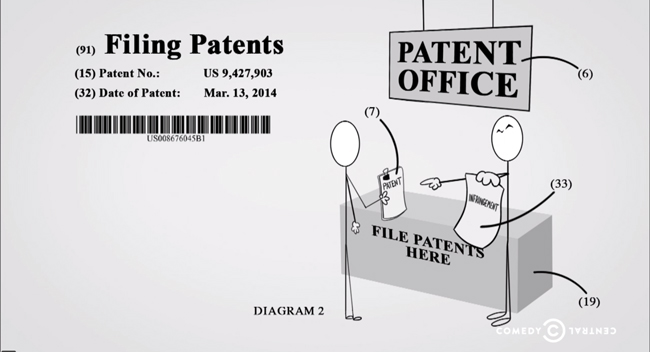 Enjoy the video below and Happy Friday!