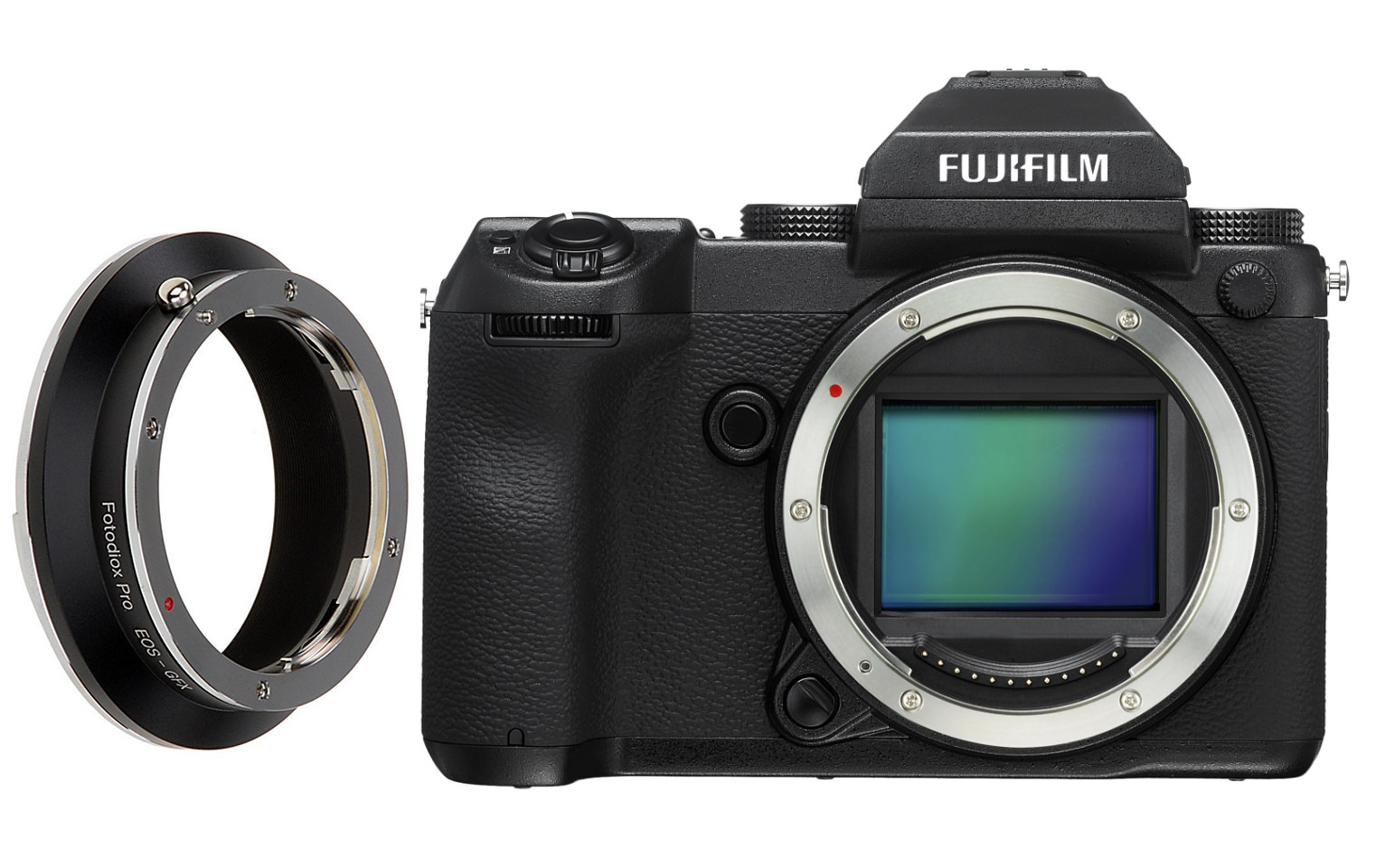 Fotodiox Releases Lens Adapters for FujiFilm GFX (With Some Caveats)

The Fujifilm GFX-50S has been eagerly anticipated since its announcement last September. The few photographers who have had the opportunity to properly test the camera seem impressed, but, with its availability forthcoming, Fujifilm has only officially announced 3 lenses for their new medium format system. But, Fotodiox to the rescue! Without a great deal of fanfare, Fotodiox has released a set of lens adapters for the new Fuji G mount. The adapters are available for Mamiya 645, Canon EOS, Nikon F, Contax/Yashica, and Olympus Zuiko lenses. 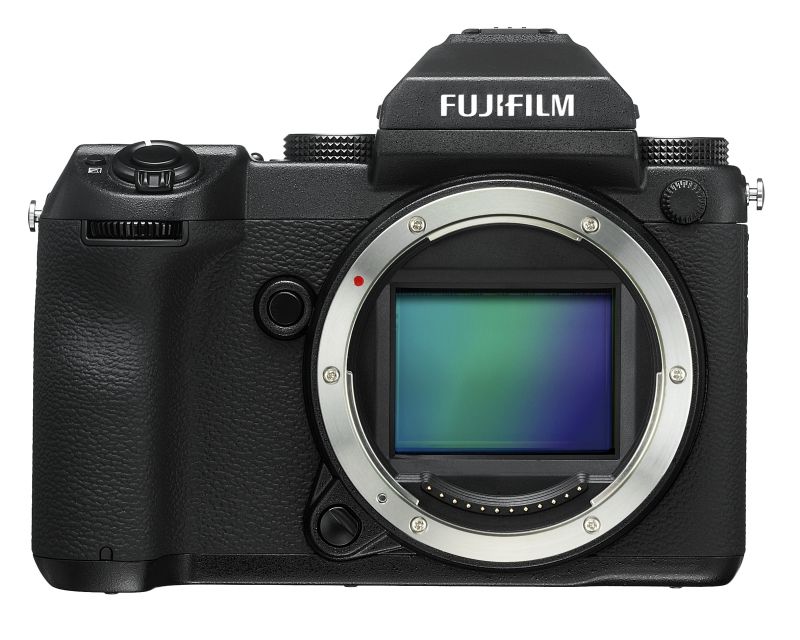 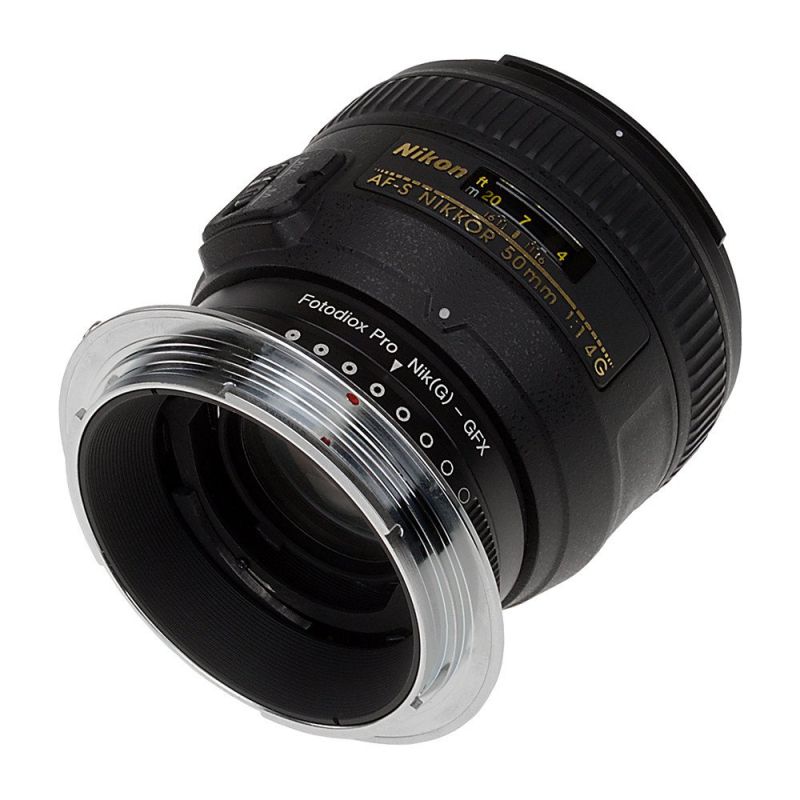 However, if you’re ready to run out and buy the new GFX body and put your Canon glass on the front, you may want to temper your expectations a bit. The thing is, Fotodiox does not seem to have broken the laws of physics with these adapters. These are passive adapters (no lens elements) which are attempting to convert 35mm lenses to a medium format sensor, so you can expect heavy vignetting and incredibly soft corners as the edges of the lens’s image circle will be within your frame.

From the Fotodiox listing page:

Many lenses designed for DSLRs (particularly 85mm lenses and longer, most 50mm lenses and all tilt/shift lenses) produce image circles large enough to cover larger medium format sensors (though their performance will only have been optimized for their native formats). […] Wide angle 35mm lenses (lenses wider than 50mm) will vignette on Fujifilm GFX Cameras.

The listing also implies that Canon EF-S (crop frame) lenses can be used with the adapter. I’ll go ahead and recommend that you not do that unless you want to turn your $6500 medium format camera into an oversized X-T2.

These are also not smart adapters. There is no electronic communication between lens and camera body. Again, from Fotodiox:

This is a manual adapter, so lens functions that rely on electronic communication with the camera body (autofocus, AE metering, image stabilization, etc.) will be disrupted. […] If your lens does not have a manual aperture control ring, it will stop down to its smallest f/stop by default.

But, on the plus side, if you already have some medium format Mamiya glass with a manual aperture ring, this could be a solid solution for you! 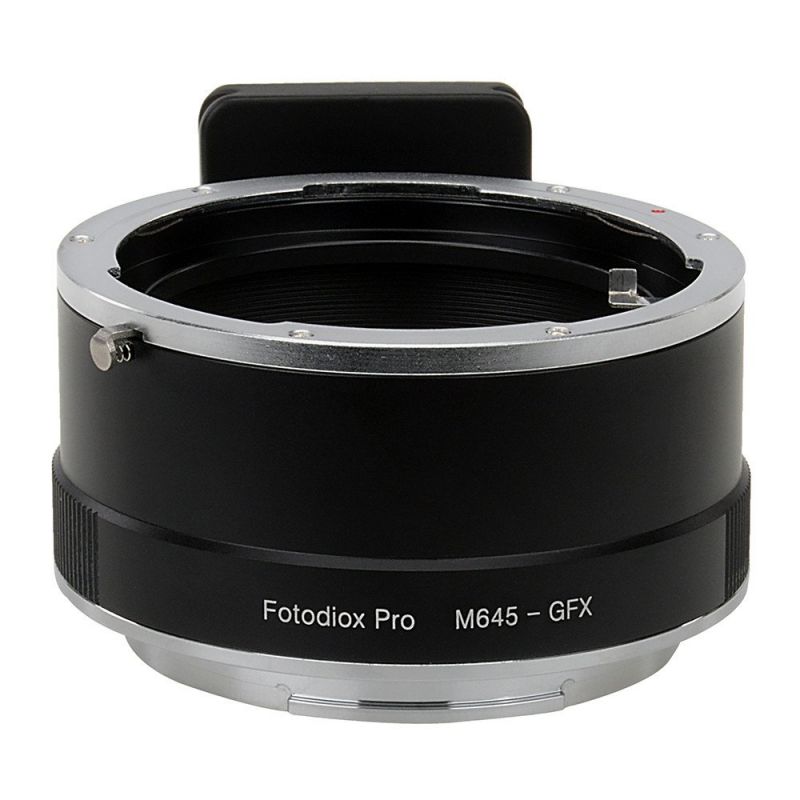 You can see the adapters and pricing at the Fotodiox site.