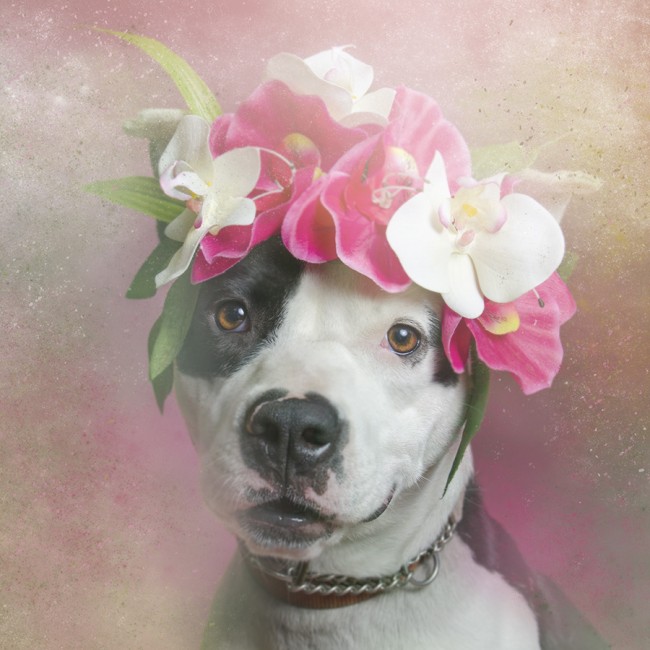 Throughout history, certain breeds of dogs have been demonized. Over a century ago, the most feared dog in the U.S. was the Bloodhound. Books like Uncle Tom’s Cabin and Hound of the Baskervilles, and of course, the media, overhyped the viciousness of Bloodhounds which did not help its reputation.

Next in the dangerous dog breeds spotlight a few decades later were Huskies, followed by German Shepherds. In the mid-1950’s, German Shepherds turned their bad reputation around thanks to TV shows and movies that made them out to be heroic. After that, the Dobermans and the Rottweilers were the targets of bad press and in the 60’s and 70’s dog fighting became popular. As the years went on, the American Pit Bull Terrier, who was once the beloved companion, Petey, of the gang on the early 1930’s version of Little Rascals (aka Our Gang), also the mascot for RCA and other companies, started gaining more and more negative media attention with magazines like TIME and Sports Illustrated, further propelling the terror of the breed.

Now, there is a revolution starting with people who have had experience with Pit Bulls that are quite the opposite of what the media is portraying, and oversensationalizing. Many owners of this so called “vicious” breed of dog (which, by the way, is not really a breed) and pet lovers, are working to combat the terrible reputation and prejudices against Pit Bulls. Each year in the United States, an estimated 1 MILLION Pit Bulls are euthanized. In her photo series, Flower Power, Pit Bulls of the Revolution, photographer Sophie Garmand is challenging people to view Pit Bulls differently.

The truth is that the great majority of pit bulls are harmless and very affectionate. I realized that the imagery associated with them was always harsh and gritty. They were always portrayed as badasses. I myself was prejudiced until I realized you can’t judge an entire group based on a few bad elements. So I took a different route, to invite people to look from a different perspective.

This summer, Sophie contacted 3 New York based rescue groups for this project: Sean Casey Animal Rescue, Second Chance Rescue and Animal Haven. All the dogs featured are still in need of forever homes. With a wreath of flowers around their heads and a different approach and look, Sophie is hoping to help soften the stigma that surrounds these affectionate dogs.

Sophie has also begun a social media campaign around Flower Power where she invites people to post a picture of their pet with (or wearing flowers), and the hashtag #PitBullFlowerPower “as a sign of support for shelter pit bulls, fighting prejudices and to remember the 1,000,000 pit bulls we euthanize each year in America.”  She is also selling prints of the photos and a 2015 calendar with all proceeds going to these three rescues.

As a mom to a 6 month old “bully breed” puppy, who lost an eye and her sight from blunt force trauma to her head, likely from someone kicking her, I know first hand how sweet and loving these “vicious killers” are. I strongly support projects like these that help raise awareness to the fact that the demon dog breed of the year is due to the media, and not the actual dog and or dog breed. As the ASPCA states in their position on Pit Bulls: “All dogs, including pit bulls, are individuals. Treating them as such, providing them with the care, training and supervision they require, and judging them by their actions and not by their DNA or their physical appearance is the best way to ensure that dogs and people can continue to share safe and happy lives together.”

CREDITS: All photographs shared by Sophie Gamand are copyrighted and have been used with permission for SLR Lounge. Do not copy, modify or re-post this article or images without express permission from SLR Lounge and the artist.

[additional info from A Brief History of Dog Prejudice]

What to Expect From Sigma For Photokina 2014