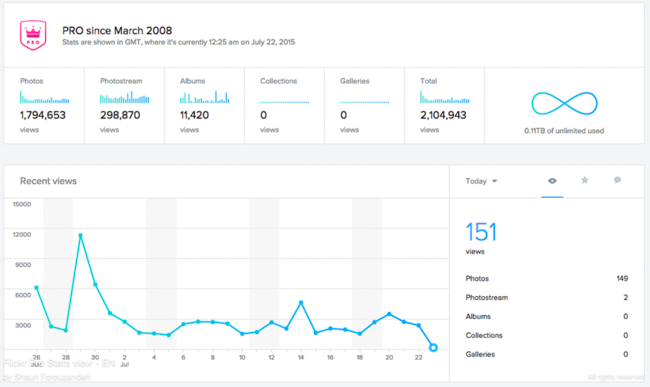 Time is the ultimate equalizer. Or is that death? Nonetheless, one of the issues we as photographers have to deal with, especially in this digital age, is the issue of continuity. In particular what I’m getting at, is investing money or time, or both, into systems that may not be around for very long.

One of the big draws of going with a camera manufacturer like the Canons or Nikons of the world, is that you can be quite sure that they’ll be around tomorrow, and for several years or decades worth of tomorrows to come. That means your lenses and such will likely work to an extent and so forth for ages. Possibly less costly but more frustrating is this business of online photo storage and display, because new tantalizing options seem to spring from nowhere, and then they vanish, leaving you with lots of time invested in something that is no more. Then like a weed, another comes up, and the cycle starts again. But you can’t ignore them because these services are vital marketing and business tools.

Remember Flickr? I say that in some jest, but they were sort of the cat’s pajamas for a while, and if you were a photographer, you had a Pro account. Then, all these other platforms arose giving away more for free, like Google+ Photos, and Facebook enhanced their image options. Then Flickr murdered Flickr Pro to level the field. But, many of us still wanted more from Flickr given we’d spent so much time building it up, but just had to look elsewhere. Well now Pro is back, and it comes off the heels of a few other interesting announcements.

First, Flickr Pro will again be completely ad-free on desktop and mobile platforms. It will allegedly offer deeper reaching analytics that are not only more informative but easier to navigate and make sense of. With membership you’ll get a 20% discount on Adobe Creative Cloud if you’re an annual subscriber, and, perhaps most importantly, there’s an all new ‘Pro’ badge that will ensure everyone knows what a big camera you’ve got.

How much will it cost for all this? $5.99 a month or $49.99 annually. If you’re one of the few remaining Flickr Aristocracy with an ad-free account, your account will be brought into the new Pro account automatically with no limitation on space or price. However, I’ve read the fine print, and that is only for 2 years, after which you’ll be expected to pay whatever the current price is then.

Here’s the thing, if you’ve got a good thing going on Flickr then you’ll be pleased with this, but it would appear to me that the removal of ads is the primary feature you’re paying for. Also, I’m not one to forget that Flickr parent company Yahoo’s CEO suggested, not long ago, that there was little need for pro photographers anymore.

[REWIND: 3 Reasons Why Photographers Should Use Cloud Spot]

Interestingly, this announcement comes off the heels of some other news, that Google’s Google+ Photos is headed for a short drop and a sudden stop – it’ll be killed off come August 1st. Your current photos won’t vanish, but you’re encouraged to move them and do it using Google Takeout. This is probably good news for Flickr, but I’d hold off jumping onto Flickr just yet, because 500px just raised yet another $13 million greenbacks in venture capital to see it further nurture its business of image sharing and licensing. 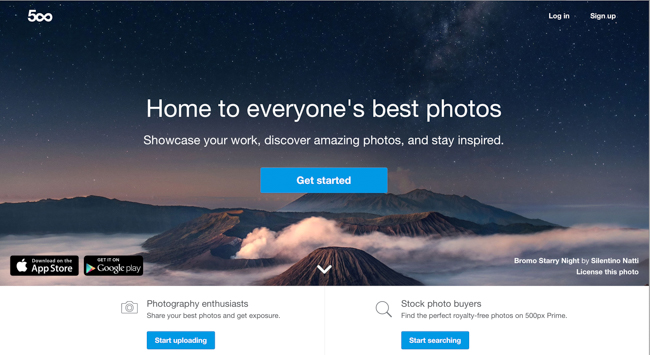 What this says to me, is that while Flickr is trying to correct course and get back in the game, 500px has been making all the right moves. Already I find the interface and experience of 500px superior to Flickr, and of the two, I know vastly more professional and serious amateurs on 500px actively engaging than on Flickr. So, if it were my money, and more importantly my time, I would ignore the fanfare than may be surrounding Flickr Pro in the current days, and focus more on building a presence on 500px, because in a decade they’ve been unwavering really, and that stands for something.