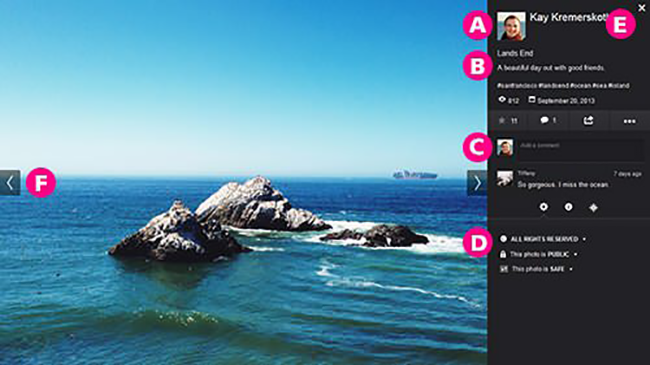 After going years and years without making a meaningful change to Flickr it has become apparent that Yahoo has done almost a complete 180. Earlier this year Yahoo completely redesigned and overhauled most of the popular photo sharing service, and now not even a year later we have some more changes coming down the pipe.

Apparently Flickr has developed and is slowly rolling out a new photo page design to some of their users. The design is particularly reminiscent of Google+’s current photo pages, and sort of has you wondering if yahoo has any ideas of their own for what Flickr should be. Especially with how many people are still up in arms over the redesign that was done, to now introduce even ore changes with out really addressing the changes people complained about is bad form.

The new page design has a lot of changes, the biggest of all is the obvious point that the design team made in making the image take up more screen real estate. You can see the rest of the changes being made below: