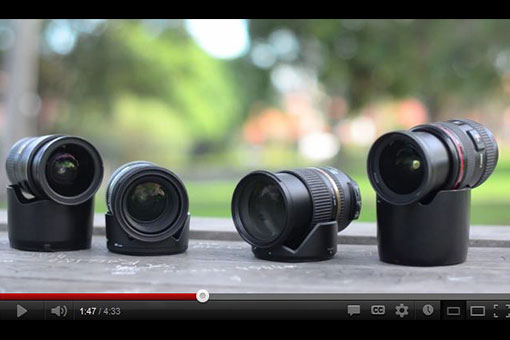 The new Tamron 24-70mm f/2.8 Di VC USD, with the VC referring to Vibration Compensation, is looking to be a serious contender to the professional offerings from Canon and Nikon! It is the first 24-70mm constant f/2.8 zoom lens ever to have vibration control.

Matt Granger, aka That Nikon Guy, was able to get in his hand arguably the first Tamron 24-70mm f/2.8 with VC in Australia and didn’t hesitate to do several video hands-on review and comparison to the 24-70mm f/2.8 lenses from Nikon, Canon, and Sigma!

In the first hands-on review, Matt brought up several points on this Tamron:

In the second review, Matt compares its physical attributes to the Nikon 24-70mm f/2.8 ED:

In the third part of the review, Matt tests the VC capability of the Tamron vs the Canon 24-70mm L lens by walking around while filming and hand-holding the 5D mkII without any added stabilizer rig:

Now we’re getting to the real nitty gritty as Matt puts up a Canon 5D with the Tamron and Canon 24-7omm vs the Nikon D700 with the Nikon and the Sigma 24-70mm. We start off with spec comparison between the 4 lenses.

Now that we got the introduction, Matt jump right in with a model photoshoot that highlights the speed of the auto-focus against contrasty sky and from front focus to infinity focus and back to front focus.

So far, the Tamron performed very close to the Nikon and Canon, and is only slightly behind in terms of auto focus. The Vibration Compensation does add a real value as a 24-70mm workhorse lens, but we’ll have to wait for more videos from Matt to see what he finds out about the most important criteria, image quality.

Be sure to follow his Youtube Channel and keep a look out for the rest of his Tamron 24-70mm f/2.8 VC lens review.