Congratulations Graduate! Now that your hard work is over, it’s time to celebrate, but just one more thing: You know those pesky watermarks or logos across your graduation photos? Isn’t it just frustrating that you can’t right click and save that photo of you because someone wants you to pay for it?

Well, guess what? In 13 steps, you too, can  “free your grad photo” thanks to Jesse Chen and Jonathan Tien who show you how to bypass the disabled right click block (in multiple browsers) and remove that “ugly copyright overlay” in Photoshop.

In a post on his personal blog dating back to 2012 Jesse, a UC Berkeley grad – now a Facebook software engineer, offers a step by step guide complete with screenshots to go:

from a picture that was covered in an ugly copyright overlay and a disgusting yellow proof watermark to a beautiful and majestic picture that is clean and polished. No need to ‘print screen’ or take a picture of the monitor to share with your family…” He goes on to “hope that this tutorial helps you by freeing your graduation pictures so that you can take back what’s yours to begin with.

Oh good, because a $10 grad photo for someone who just completed a 4 year education for somewhere around $120,000 is asking just a little too much, especially for something that was “yours” to begin with. Apparently, they do not teach about copyright laws at UC Berkeley and those little copyright notices from the photographer are just suggestions. Attention Jesse, just FYI to round out your education, taking a photographer’s images without permission is called theft.

[REWIND: HOW TO EASILY ADD COPYRIGHT IN LIGHTROOM & IN CAMERA]

Step 1: Jesse uses his own grad photo as an example: 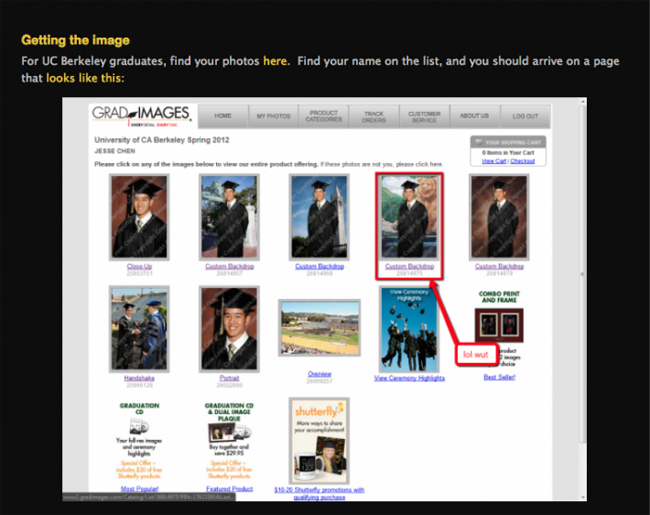 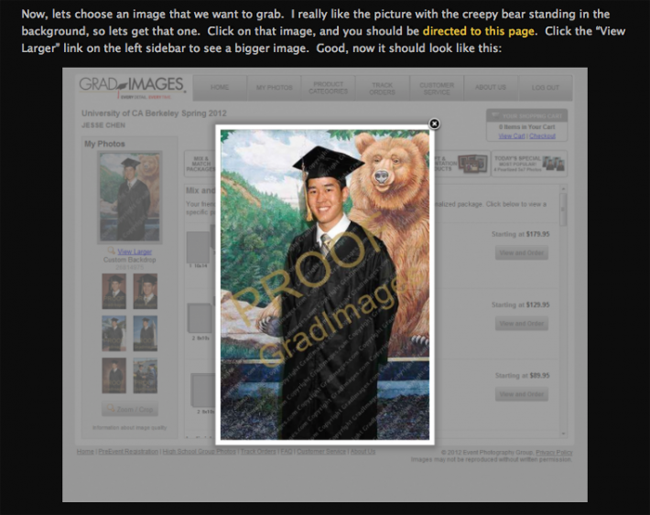 I spare you the other illegal steps and bring you straight to the “Photoshop Magic.” 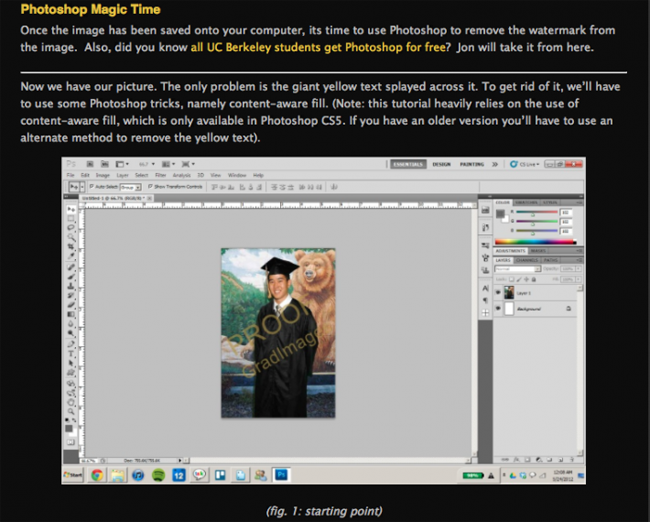 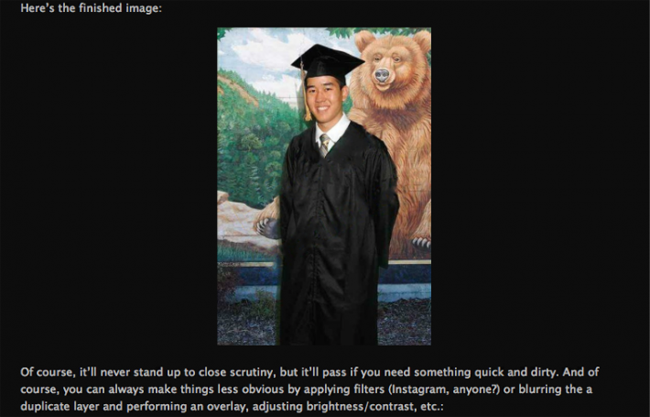 The post was up until this morning, when I am sure Jesse discovered the onslaught of hate filled comments from the photography community who caught wind of this yesterday and finally realized the stupidity of his “tutorial.” But as it had been up for 2 years and had over 1,000 likes by this point, I wonder how many grads have already illegally used Jesse and Jonathan’s step by step guide.