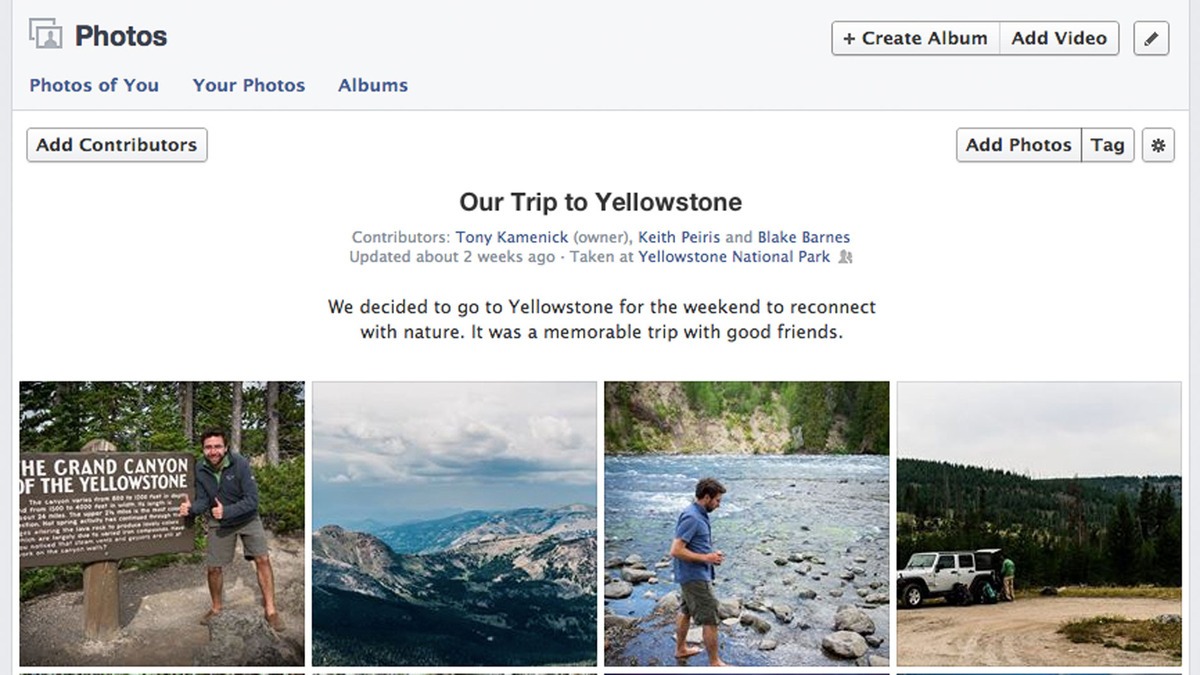 Have you ever taken a family trip or gone camping with a bunch of friends (for example), and then tried to check out the images each of you took and put them on Facebook? It can be incredibly frustrating due to each user controlling privacy settings and it makes it difficult to see what other images people took at the event.

This is a neat new feature that should allow for families and friends to better share experiences through images. One demographic that this feature will not benefit is people who run businesses Facebook pages. According to Facebook, this new Shared Album feature is not available to Page albums.

I think that this is an awesome feature. It will be really cool to be able to have Shared Albums among family and friends. I can see this being useful for family gatherings, and other events where many individuals will be taking pictures and lots of people will be wanting to see pictures from the event.

One thing that I think Facebook got wrong here is that they decided not to make the feature available to business pages. I think that this sort of feature would be a great interaction feature between businesses and fans.

What are your thoughts on this new feature? Let us know in a comment below.

Photoshop vs. InDesign: Which Is Better For Album Design?