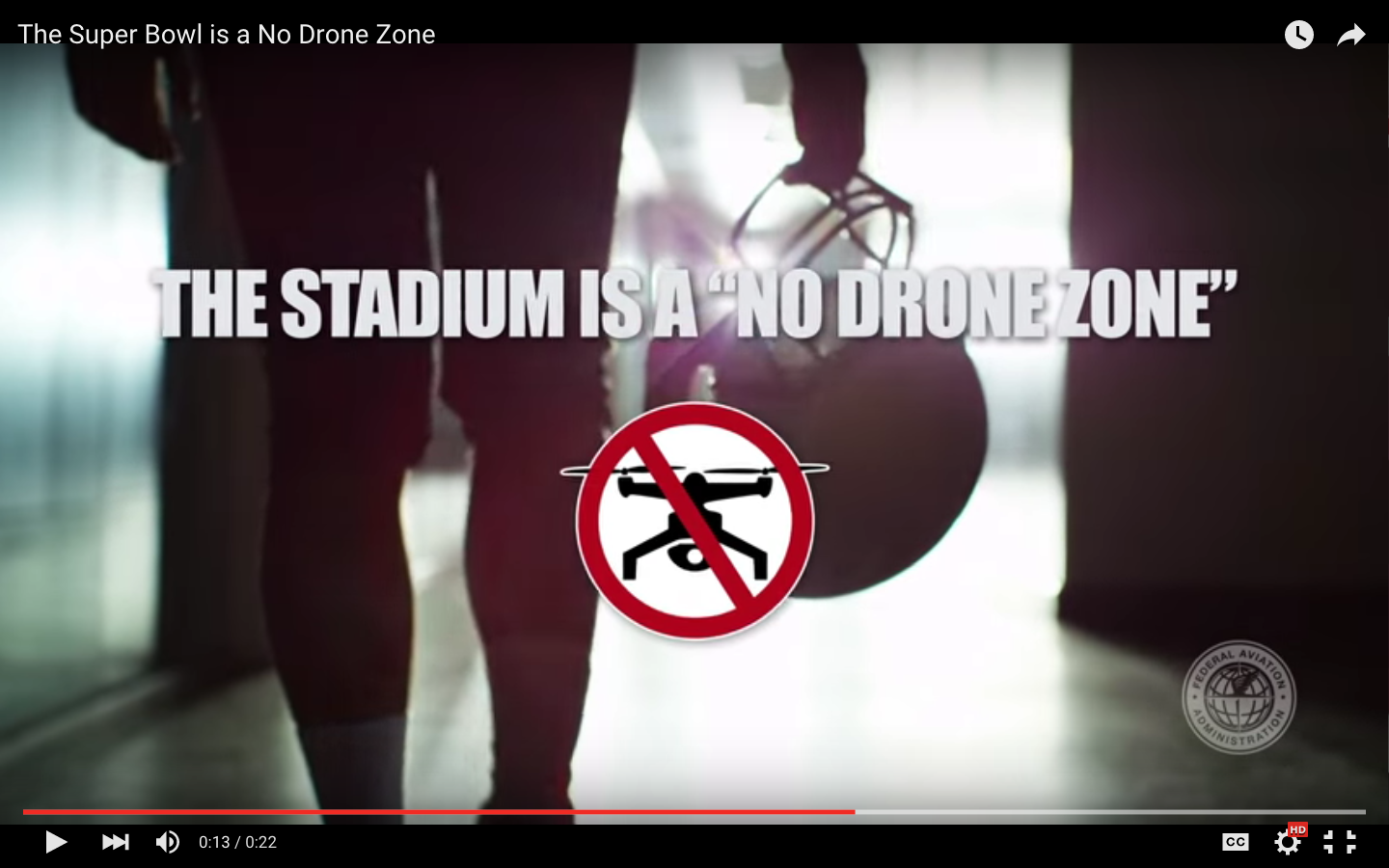 FAA Issues Warning: ‘SuperBowl 50 Is a No-Drone Zone’; Will Use ‘Deadly Force’

Super Bowl Sunday – a day where Americans gather around the TV for an afternoon of football, commercials, and gluttony. A crowd of 70,000 is expected to be at or around the game, and many, many more will be watching the festivities on TV.

Super Bowl 50 will be held in Santa Clara, California but those within 32 miles of Levi Stadium should be aware that the FAA has declared it a “no-drone zone.” In the following video posted on YouTube, the FAA states, “bring your lucky jersey, your face paint and your team spirit but leave your drone at home.”

“With so many drones being sold for recreational use, we want to do everything we can to get the word out that the game is a No Drone Zone. We’re working closely with our safety and security partners to spread this message as widely as possible.”

The temporary flight restriction will start at 2 p.m. and last until 11:59 p.m. this Sunday, and it is being reported that any drones flying in this restricted space and posing a security threat may be subject to “deadly force,” which means they may shoot your UAV down into little bitty pieces if you don’t comply.

Drones could pose a threat to the players and fans if one were to fall out of the sky (as in this case), plus a gathering of that sized crowd could bring about threats of terrorist attacks (sadly something that needs to be considered in this world we live in). I’d also imagine that the powers that be would not want unofficial broadcasts of one of the largest events in sports. In any case, if you are in the area on Sunday, be smart and keep your UAV at home.

Also, this is a good reminder that drone owners, you have about two more weeks to register your drones with the FAA to avoid being fined.

Do You Need To Feed Your Wedding Photographer? Brides.com Says No.