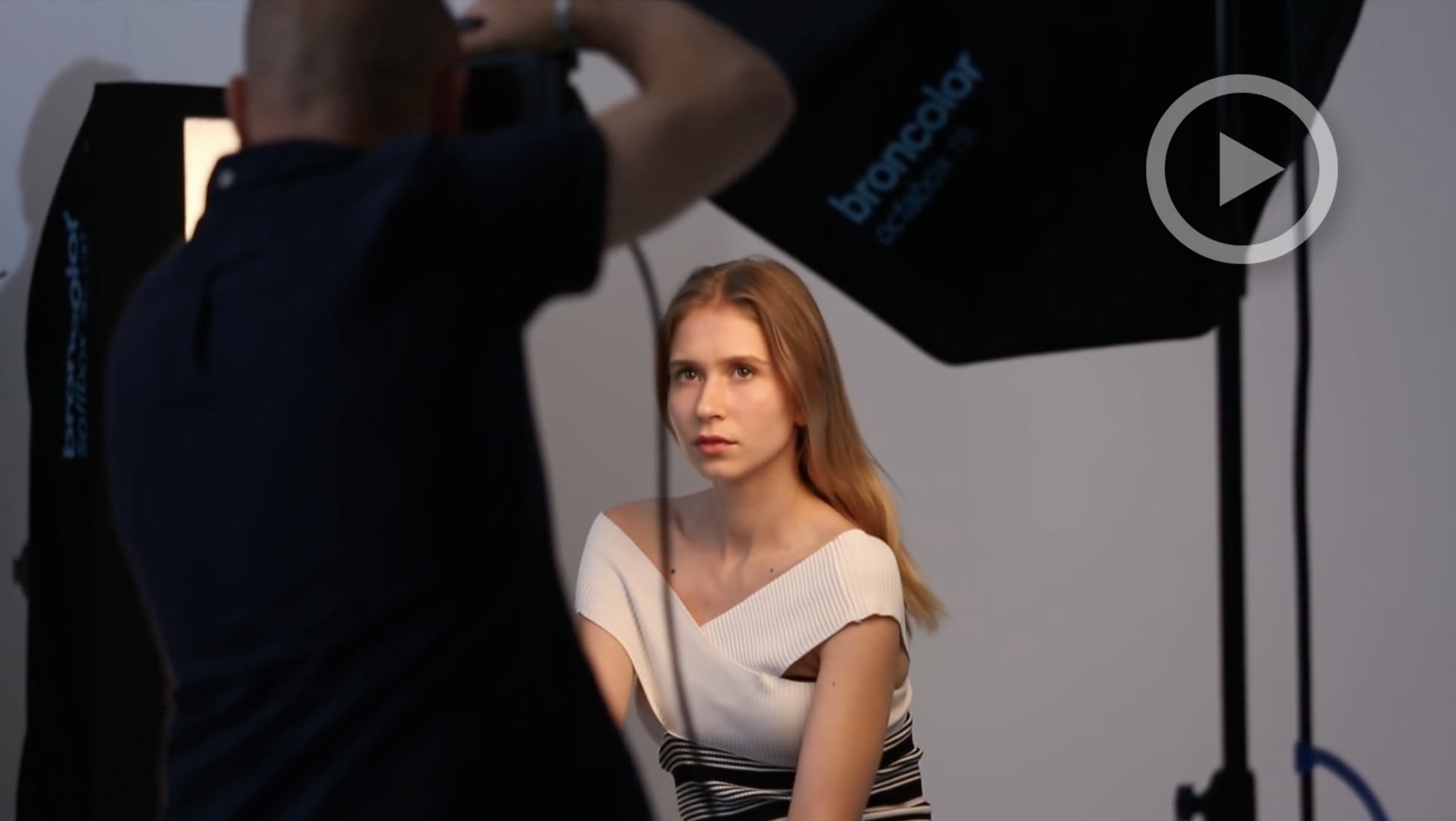 Karl Taylor and Urs Recher have put together a video on how to use Broncolor soft box modifiers, though much of what you can see in the video is easily applicable to other brands.

The model is lit with two lights, a 75cm octabox which is situated camera right of the subject and a 30 x 120cm strip box on camera left to provide a kick of light.

The initial shot–taken to provide a baseline for comparison–uses modifiers only, no accessories. The light achieved is soft and bright, with significant spill on the background. 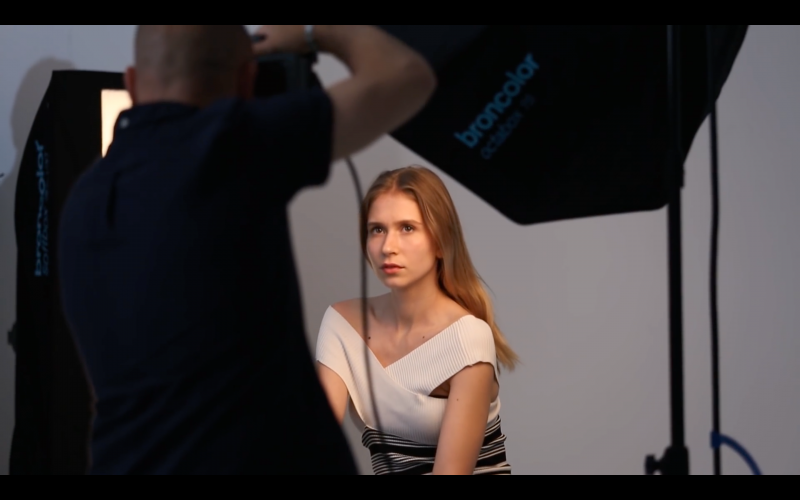 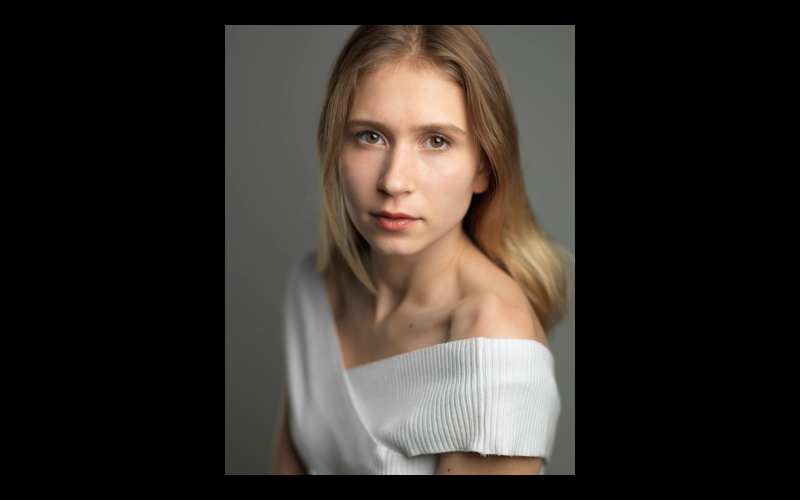 Next, Karl attaches a soft grid to the octabox to demonstrate the changes made with one simple accessory. The light becomes just a bit more harsh and contrasty, and spill on the background is cut significantly. Soft grids are a great investment for photographers who shoot in small spaces because, in a larger space, one could simply move the subject farther from the background to eliminate spill, but in a small space where you don’t have that option, grids will do the job. 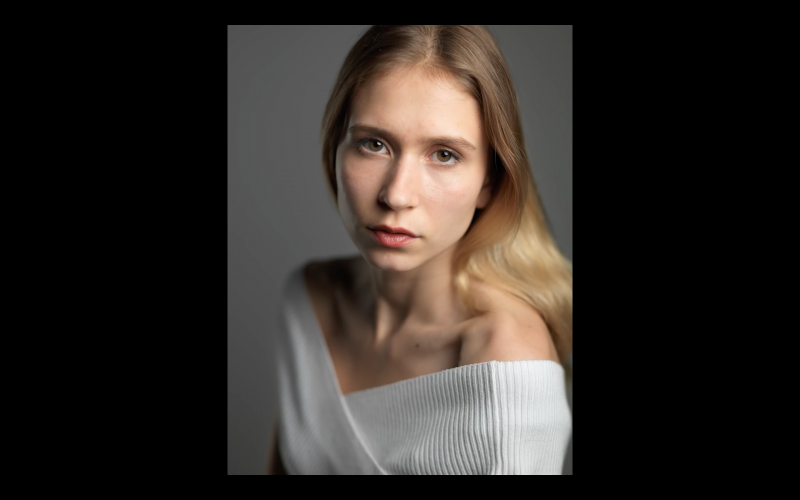 The next evolution in the lighting demo is used primarily for shiny objects. It’s a “third diffuser” that attaches to the outside of the soft box with a gap between the third diffuser’s surface and the softbox’s surface. It has a sharper, cleaner edge for a more pleasing and professional looking reflection in objects. Since it adds another layer between the light and subject, about 1/3 of a stop more power is needed to maintain the same exposure. 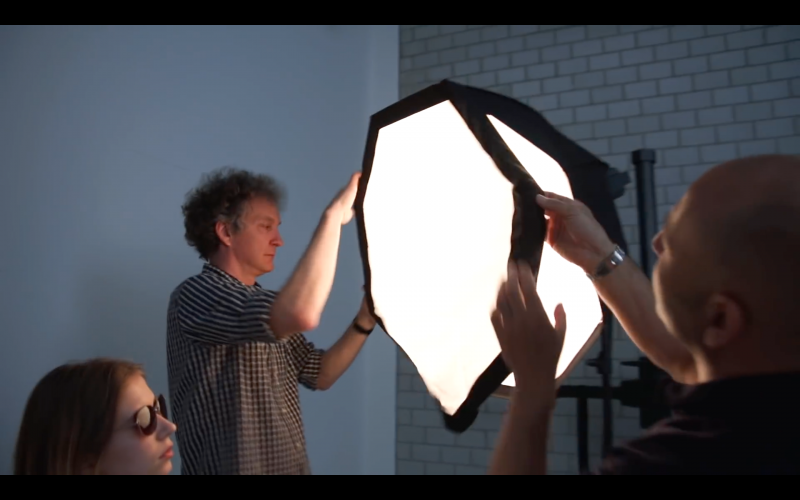 The last modifier exhibited is called an Edge Mask. It is a mask that goes over the front of a rectangle soft box and creates a dark field, in this case large enough to become both the background and a light source for a model. The center of the soft box is black, which becomes the background, and all the way around the soft box there is an edge where the light can shine through and provide a rim light. Finally the octabox key is reintroduced and we have a portrait on black with a rim light which uses only two lights and no actual backdrop. Karl mentions that exchanging the soft octabox for a point light source would be more of a fashion look. 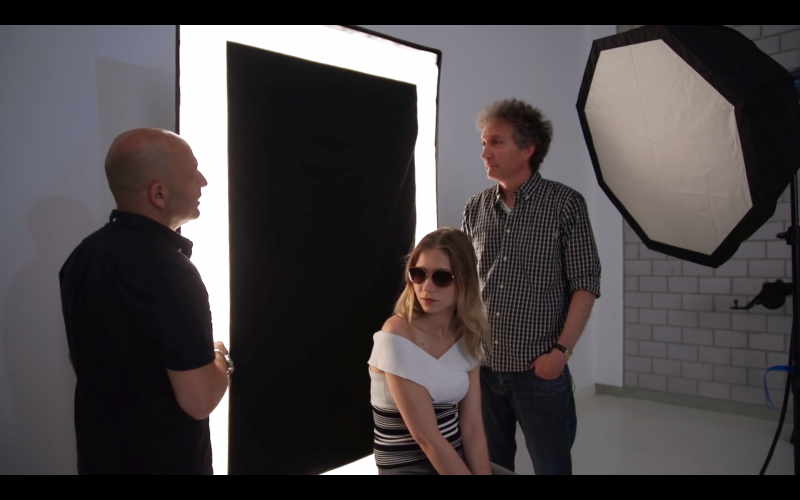 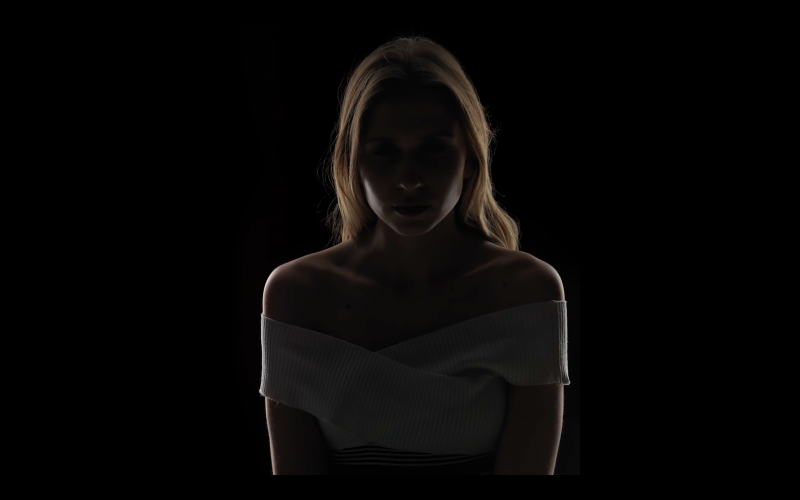 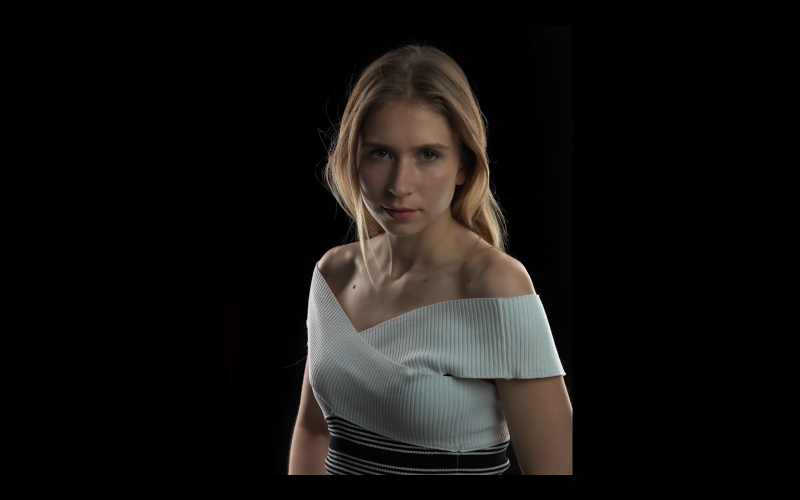 The Edge Mask is also great for product photography in that it is essentially a ready-made dark field set-up for accentuating the edges of a product dramatically.

If Broncolor isn’t in the budget there are more affordable alternatives. Most manufacturers have some sort of medium octabox and strip box. The edge mask is easy to create using black foam core  and a soft box. There are also third party modifiers available with interchangeable mounts to match different strobes which are a very affordable option.

As always, Karl has a bevy of great videos that are both informative and easy to digest, so check out more from Karl Taylor here.

When Your Business Card Needs an Upgrade: 3 Tips for Creating a Better "Business Brochure"