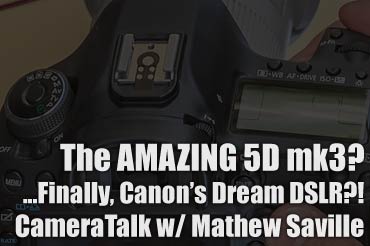 After a bout of slightly disappointing rumors from the Canon rumor mill, things are REALLY starting to look up for the replacement to the 5D mk2.I’ll cut right to the chase:

â€¢Â The 5D mk3 might stay at 22 megapixels, which means the maximum possible improvement for high ISO performance compared to the 5D mk2.(Possibly even close to Canon’s 18 megapixel 1DX sensor?)

â€¢Â Canon may give the 5D mk3 Canon’s newest flagship autofocus system, the 61 point system that will be found in the 1DX.

â€¢ In a leaked image that is circulating around the web right now, the rumored prototype / secret test camera has an unknown new feature when zooming in, which COULD be the super-zoom feature I already *LOVE* on my Nikon camera bodies.Trust me, Canon users, you have no idea what you’re missing!In my opinion this is one of the most unknown, obscure advantages in the time-old Nikon vs Canon debate.I know it sounds minor, but I really hate not having this feature whenever I’m shooting on Canon.So yeah.I’m excited…

â€¢ Last but certainly not least, all rumors are pointing to dual memory card slots, one CF and one SD.(Just like the Nikon D800)

â€¢ Oh, and that 22 megapixel sensor?22 is a “golden number” for down-sampling to 1080p video.Do the math yourself:Crop 22 megapixels to 16×9, then divide each dimension by 2 and you get a perfect 1920 X 1080 frame.Apparently this will allow for a GREAT improvement in the quality of HD video recording. 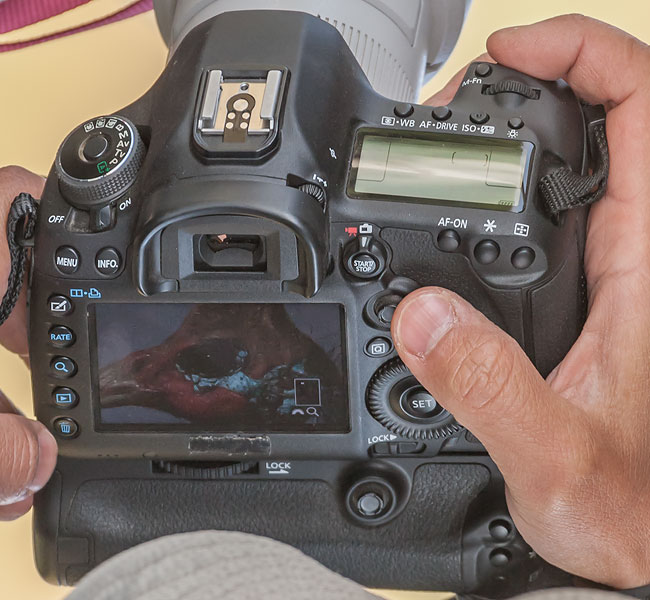 Personally, I’m not holding my breath for EVERY one of these specs to come true.If you recall from earlier rumors, some were saying that the 5D mk2 replacement would have FEWER AF points than the 19-point Canon 7D.

However, it does make a lot of sense for Canon to “go for broke” with this camera, even including the brand new 61-point autofocus, since they are also combining their two previous flagship lineups into the single 1DX, which is actually a step DOWN in resolution from the 1Ds mk3.So for the flagship-loving studio and landscape photographers who used to settle for nothing less than a 1Ds series, it sounds like this could beCanon’s AWESOME solution. Considering that the 1Ds series had a history of an $8,000 MSRP, …I’ll take a ~$3-4K 5D mk3 ANY DAY!

BTW, rumors are that Canon will either announce their new DSLR on Feb. 7th, or within a week or so of that date, since Nikon has a (D800?) press conference also scheduled for Feb. 7th.(There is a sizeable trade show in Japan then, so we have avery good chance of seeing BOTH new cameras in that time frame.Personally, I’m going to keep checking the interweb EVERY day, and YOU should keep checking back here for the full story the moment anything happens!

<REALITY CHECK! It is important to remember that the camera isn’t everything.The 5D mk2 is still a GREAT camera, in fact it’s one of the best on the market for portraits and weddings.If your budget istight and in the $2200 range, honestly just get a 5D mk2 today and you’ll probably love it.I would only “strongly” recommend waiting for the 5D mk3 if you’ve got the money to spend, ($3-4K probably) …and/or if you already know that the 5D mk2 doesn’t meet your needs.I’m super picky when it comes to low-light autofocus performance, and in that respect the 5D mk2 leaves a little bit to be desired.But I’ve still done some of my BEST WORK on that camera. So, grains of salt all around!</REALITY CHECK!