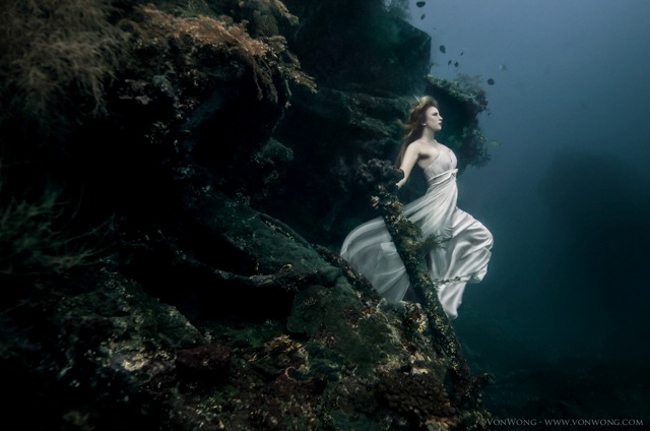 Last month I wrote an article about Von Wong’s epic underwater photo shoot in Bali on a shipwreck. Looking back at those images, my mind is still blown! To pull off a project of that magnitude is not an easy feat, and you need one heck of a good team to do it.

Lucky for us, Von Wong has released a part 2 behind-the-scenes video of this shoot. Check out the video below to see how Von Wong put together a team in four days and created some of the most creative images I have seen so far this year.

One of the craziest parts of this shoot was that Von Wong only became certified to dive days before the shoot actually happened. This kept him from scouting the location, so he turned to YouTube and found a video that was shot around the shipwreck to find the angles he wanted.

He then reached out to his dive leader and found out that the models could not touch the reef. All the images that look like a model is holding onto something is actually a well placed foreground element.

While Von Wong is known for his work with strobes, he can also make available light work really well. As he explains in the video, flashes were just too hard to deal with underwater after giving them a try, and so he opted to put the models in the best available light underwater.

Von Wong explains that the deeper you go in the ocean, the more desaturated images become. In post, he had to add layers of curves, color balance, selective coloring, and dodging and burning to achieve the look he wanted. 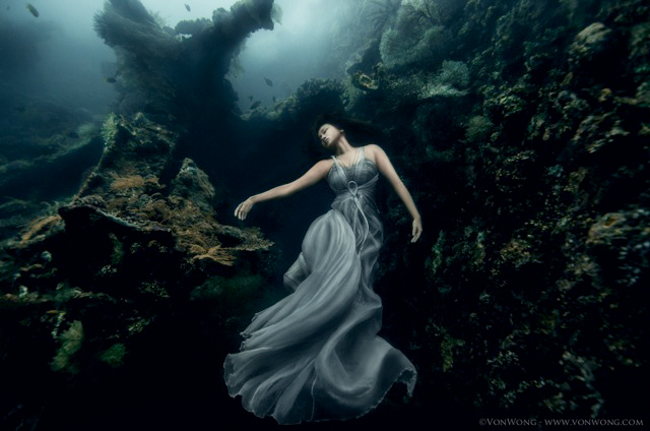 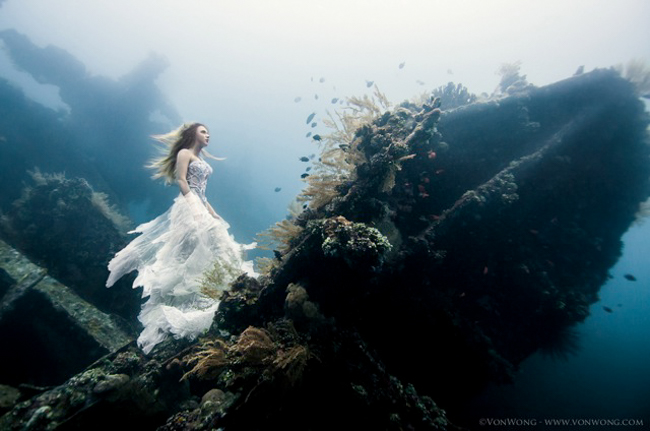 I was really happy to see Von Wong released a part 2 of this behind the scenes. It was nice to see how his team was formed, his lighting challenges, and an example of his post process.

You can read more over on Von Wong’s blog.

10 Ways to Get More Creative Shots